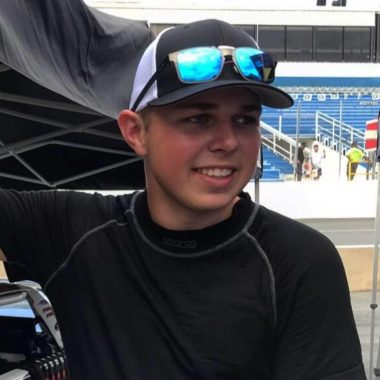 Although Layne Riggs grew up in a racing family, he didn’t necessarily always have the notion to become a race car driver. While his dad, Scott Riggs, was competing and winning in NASCAR’s top divisions, the young son was certainly paying attention but was not particularly looking to follow in his father’s footsteps by climbing into the driver’s seat. But like many who have been surrounded by racing at young ages, a spark came that lit his passion for the sport.

“When I was younger I didn’t care anything about race cars and racing,” Riggs explained in an interview with InsideCircleTrack.com. “Being a kid and growing up in it you feel like everybody’s dad is a race car driver. Honestly, my dad didn’t want me to drive race cars because he knew how much time it took. He bought me baseball stuff, golf stuff, soccer balls, basketballs, and everything else. I never really wanted to do any of that. Then when I got a dirt bike, that was it. After that, all I wanted was something with a motor and wheels on it.”

Riggs regularly competes on the CARS Late Model Stock Tour. This Saturday night(August 3, 2019) that series, along with the CARS Super Late Model Tour, will contest the “Throwback 276 presented by Baker Distributing” at the historic Hickory Motor Speedway in Hickory, NC. Many of the cars competing in that race will be painted to resemble famous cars from the sport’s past.

This race date has quickly become a favorite on the racing calendar among both fans and competitors.

This event, as it did last year, will provide Riggs with the opportunity to honor his father with a scheme similar to one his dad used on his way to four career NASCAR Xfinity Series wins and five NASCAR Gander Outdoors Truck Series checkered flags.

In 2018, the Riggs Racing team used a yellow Nesquik scheme previously driven by Scott Riggs during his Xfinity days.

The Throwback race allows the family to relive memories and to make new ones.

“I can’t remember a whole lot from when I was younger so being able to relive that and see the cars again and possibly get in touch with people is pretty cool,” Riggs said. “Last year, with the Nesquik car, some of his old crew and his old crew chief Harold Holly came to the race and I got to meet him for the first time. I think dad enjoys it, but at the same time, he was the one telling me that I didn’t have to do one of his old schemes but I never looked up to anybody else. It’s neat being able to drive your dad’s car.” 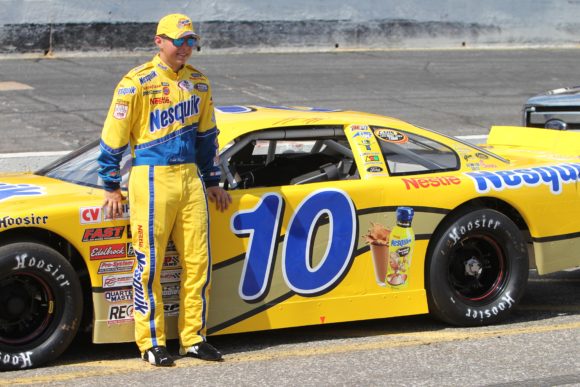 As far as the 2019 campaign goes, this has not been the season Riggs and his team had hoped for after winning two CARS Late Model Stock Tour races in 2017 and adding one more triumph in 2018. The rising star was also in contention late in the going last season to win the prestigious Valleystar 300 at Martinsville Speedway until an incident ended his chances. No checkered flags have fallen their way so far but the 17-year-old driver is optimistic that a turnaround is in the future.

“We kind of had a rocky start to the season,” the Bahama, NC racer admitted. “We tired some things in the off-season trying to make our cars better then the first couple of races we came out and felt like we still needed something else. We also had some bad luck with five DNF’s in a row which was really hurting my confidence. But recently we’ve gotten our program better and our cars have been starting to run better, back up front, and we’re looking for that win. Hickory might be the place to do it.”

As far as Riggs is concerned, there’s a lot to like about Hickory Motor Speedway. The facility billed as the “Birthplace of NASCAR Stars” is steeped in history and it provides a great challenge for drivers and their crews.

“It’s got a lot of character,” the driver who has scored three consecutive top-5 finishes declared. “There’s not a single track in the world like it. It’s so unique in that both corners are completely different from each other. It’s got bumps, it’s rough, and it’s got that one little spot that you can only hit about once every 100 laps that doesn’t have any bumps at all. You can only hit that spot once every 100 laps, and that’s true for everybody. It’s a driver’s track. It’s rough, you’ve got to save your tires. I’ve been successful there but I’ve never got a win but I think that if our car is good enough I can be in contention for it.

“There’s a lot of history at that track,” he added. “It’s really neat with all the history they’ve had. They have all the champions painted on the wall outside so you can see all the names that came from that place. It’s really cool going there because of all the legends that came from there and you think you could be one of them.” 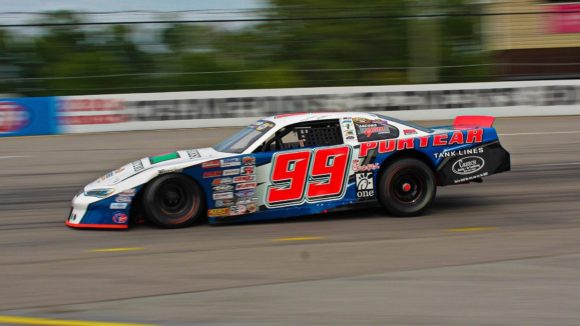 With no wins to his credit so far in 2019, Riggs admits that he is putting pressure on himself. After a sixth place result in the season-opening race, the No. 99 team suffered through four consecutive finishes of 20th or worse in CARS Tour sanctioned races. But the last three efforts for Riggs Racing have resulted in top-5 efforts.

“I’m the one that’s putting the pressure on, nobody else is,” Riggs stated. “The sponsors aren’t, the crew isn’t. Nobody puts more pressure on me than myself. All I want to do is succeed and put that car in victory lane. It’s kind of been rough so far this season without a win since we’re already halfway or even a little more than halfway through the season and the best I can say is a top-4 finish. But I feel like we’re pretty good. We’ve had some bad luck but if the moon and stars align just right I feel like we’ll be in victory lane before long.”

Away from the track, Riggs likes to maintain a normal life. As is the case for most teenagers, he deals with the rigors of attending a public high school while at the same time enjoys time with friends in order to balance out the often hectic life that comes from being involved in racing.

“I try to be a normal kid during the week and have my friends and have a normal life then have a separate life on race weekends,” he explained. “Me and my dad work in the shop whenever we can getting the race cars ready. I didn’t want to devote my life 100% to racing then have it not work out. I want to have a normal life and have racing be something fun that I do on the weekends but can hopefully become something more one day.”

Ultimately, where does Riggs hope his time in racing leads?

“I would love to be in NASCAR one day doing this for a living. That would be amazing but the way it is nowadays with money and sponsors, I still want to go to college and be an engineer. I want to have a fallback plan but somehow I want to be in motorsports because that’s my number one passion. If the driving doesn’t work out, I would love to be on a team and maybe be a crew chief one day and be a part of the sport.”