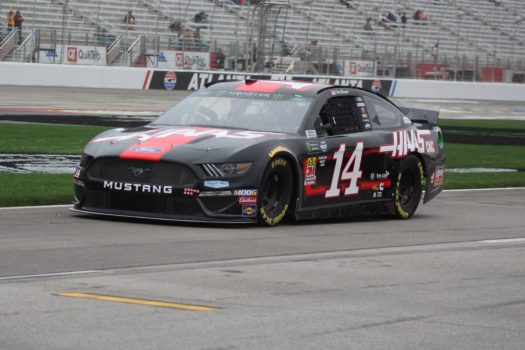 Perhaps like no other the race on the Monster Energy NASCAR Cup Series schedule, the Big Machine Vodka 400 at the Brickyard typically boils down to which team and driver make the best strategy play at the end. Kasey Kahne’s win in 2017 and Paul Menard’s triumph in 2011 serve as shinning examples of how making the right late race calls in terms of when to pit or not to pit as well as what to do in the pits can decide who will take the checkered flag. The areo-sensitive Indianapolis Motor Speedway can make passing quite difficult. As a… 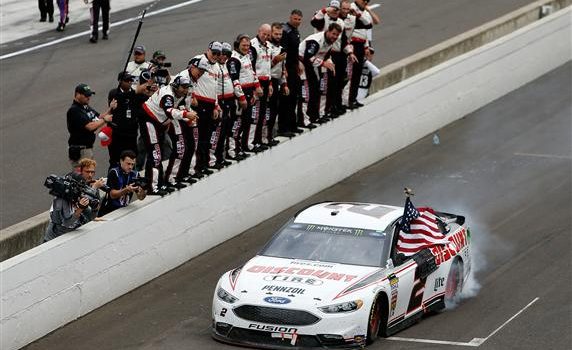 Every year the debate seems to surface regarding whether or not the Monster Energy NASCAR Cup Series should or should not be racing at the Indianapolis Motor Speedway. The arguments against auto racing’s top division competing on the 2.5-mile track are many. The racing isn’t particularly good, the grandstands look empty, it’s a track meant for IndyCar, and there are other facilities better suited for stock cars are among the complaints against the Big Machine Vodka 400 at the Brickyard. And all of these arguments have some degree of merit. However, there is one thing that cannot be disputed when… 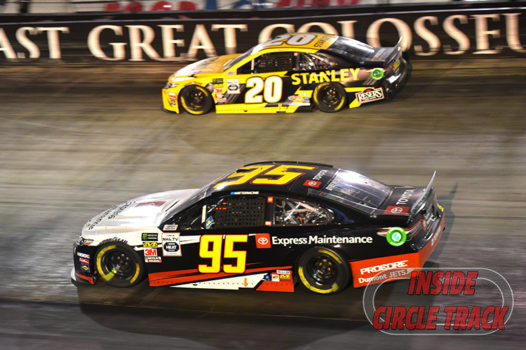 Joe Gibbs Racing has won 13 of the 25 races contested so far in 2019 on the Monster Energy NASCAR Cup Series. But until Sunday night/Monday morning at Darlington Raceway all of the team’s wins had been delivered for the Toyota organization by Denny Hamlin, Kyle Busch and Martin Truex, Jr. However, it was the turn of Erik Jones in the Bojangles Southern 500 to contribute to the company’s dominance of victory lane as he held off Busch and Kyle Larson to win one of the sport’s crown jewel events. That was the second MENCS win for Jones in as… 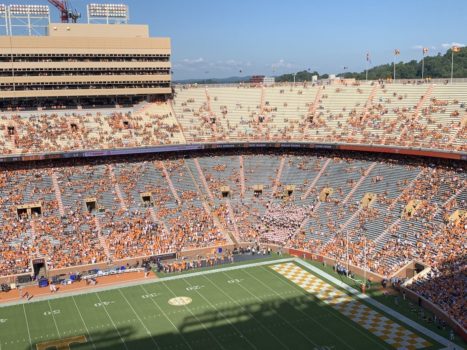 This is a rare Saturday for me as I am sitting at home on my couch rather than covering a race of some kind at a dirt or paved track. And I have come to a couple of conclusions as I watch various sporting events on television with my sons here at home with me. Like many my age(51), I grew up a sports fan and watched everything I could on television in an era when there were not literally dozens of choices at any given moment to tune in to. And more, I anxiously awaited the times when I… 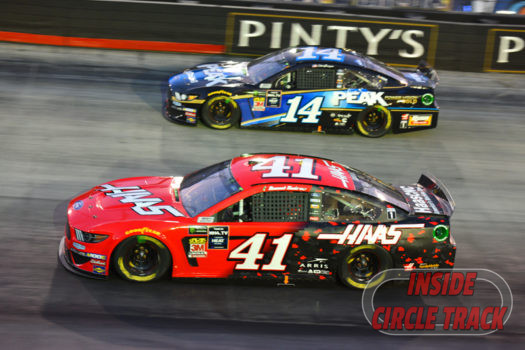 With only two races remaining before the cutoff for the NASCAR Playoffs on the Monster Energy NASCAR Cup Series takes place the time has come for drivers and teams to nail down the yet unclaimed positions in order to make the dash for the title that will begin in Las Vegas and ultimately end in Miami. The current system calls for sixteen drivers to be included in the playoffs with eliminations occurring after the third, sixth and ninth races leading up to the final event in which four drivers will be eligible to claim the 2019 championship. As it stands… 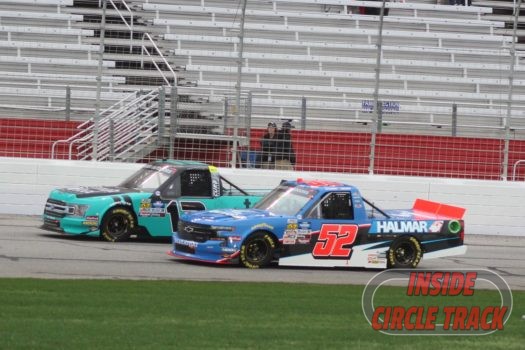 For years this writer has been an advocate of the separation of the NASCAR Xfinity Series and the NASCAR Gander Outdoors Truck Series from the Monster Energy NASCAR Cup Series on more weekends than does currently occur. My idea is that the drivers and teams who compete in each of those two series would have opportunities to shine apart from their ‘Big Brothers’ at venues where their races would be the biggest events to happen at the locales chosen during the course of a given season. But as it stands right now, there are very few times in which such…

If you haven’t heard the feel-good story of Matt DiBenedetto’s run this past Saturday night in the Bass Pro Shops/NRA Night Race at Bristol Motor Speedway you really need to think about getting out from under that rock you’ve been living under. As has been well documented, the soon-to-be-displaced driver of the Leavine Family Racing Toyota led 93 laps of that event and looked very much like a potential winner until he was eventually passed by Denny Hamlin with just 11 laps remaining. That second place run proved to be a high water mark for the independent Levine team that…

Bristol Motor Speedway is noted for many things. High banks, high speeds, wild crashes, hot tempers and the bump-and-run are just a few of the things that have drawn fans to the half-mile track located in the mountains of upper east Tennessee over the years. But another thing the stadium-like facility is noteworthy for is the number of top stars who have won their first Monster Energy NASCAR Cup Series race in ‘The Last Great Colosseum’ before going on to even bigger things.

While there may very well have been others to have done so, this column will focus on the drivers that this writer saw pull their machines into victory lane for the first time in their careers at Bristol. Living less than two hours away from the track, this has been the speedway on which I have witnessed more NASCAR races than any other. My dad began taking me there when I was just 10-years-old and I have made many return trips there as a fan and even a few as a reporter.

Since my dad’s death this past New Year’s Eve, I have fondly reminisced on numerous occasions about our times together at races. And one of the things I have thought about this week is the number of first-time winners we saw take a checkered flag at Bristol Motor Speedway. 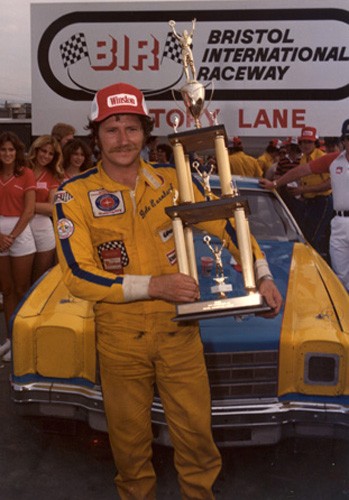 Dale Earnhardt got his first win in Bristol

In 1979, as an 11-year-old boy who loved NASCAR, I went with my dad to the Southeastern 500 in the spring of that year. As that race played out it became apparent that a guy driving a yellow and blue No. 2 Chevrolet was going to be a contender for the win. Obviously, there was no way to know that Dale Earnhardt would go on to win seven Cup Series titles and scores of races at that time. What I was most concerned with was the fact that he was beating Darrell Waltrip so I began cheering for him.

Looking back, the historical significance of that race has crossed my mind many times. One of NASCAR’s all-time greats earned his first win that day and then, of course, went on to even bigger things in the following years.

But Earnhardt’s win was not the end of future greats who made their first visit to victory lane in east Tennessee.

In 1986 a young and brash hard charger from the ASA short track ranks entered the Valleydale 500 in a No. 27 Pontiac owned by drag racer Raymond Beadle. Rusty Wallace took the lead on lap 400 and kept pursuers such as Ricky Rudd, Darrell Waltrip, Harry Gant and Bill Elliott behind for the rest of the way to score the win.

Following that day, Wallace would go on to capture a total of 55 Monster Energy NASCAR Cup Series races along with the 1989 series championship. Like Earnhardt before him, Wallace’s run to the NASCAR Hall of Fame was launched with a victory on the high banks of BMS.

Still another future champion made his first trip to victory lane at NASCAR’s fastest short track.

In just his second full season as a Monster Energy NASCAR Cup Series driver Kurt Busch scored a total of four first place finishes in 2002. The first of those triumphs came at Bristol in a Jack Roush-owned No. 97 Ford. But that certainly wasn’t all for the older of the Busch brothers as Kurt went on to claim the 2004 series title. To date, the current driver for Chip Ganassi Racing has scored a total of 31 victories. 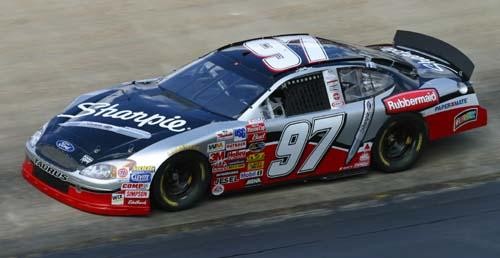 Kurt Busch drove Jack Roush’s No. 97 to victory in Bristol

Apart from those drivers winning their first Cup level racers at BMS before going on to championship careers, other pilots who would have solid careers also took their first checkered flag on that track. Ernie Irvan found glory there in 1990 before eventually achieving 15 wins including a Daytona 500. Also, Elliott Sadler earned his first win at Bristol in 2001 when he put the Wood Brothers No. 21 Ford in victory lane. Sadler would ultimately win a total of three Cup races along 13 NASCAR Xfinity Series wins.

The bottom line is that Bristol Motor Speedway is a tough place to win. And as is evidenced by the those listed above who this writer witnessed get their first wins on this half-mile, those who do win there tend to have great careers by winning elsewhere. 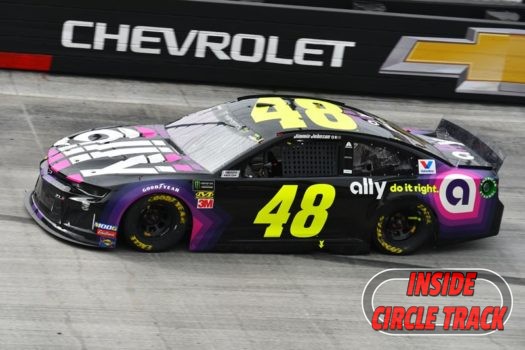 As has been well documented, Jimmie Johnson and Ryan Blaney had an on-track incident in last weekend’s Go Bowling at the Glen event on the Watkins Glen International road course in upstate New York that led to a post-race discussion and war of words in the media. It appears as if feelings are still bruised as that war of words continued when the drivers arrived at Michigan International Speedway for this Sunday’s Consumers Energy 400. Johnson indicated to reporters in Michigan that he believes Blaney should have contacted him during the week to offer an apology. The seven-time Monster Energy… 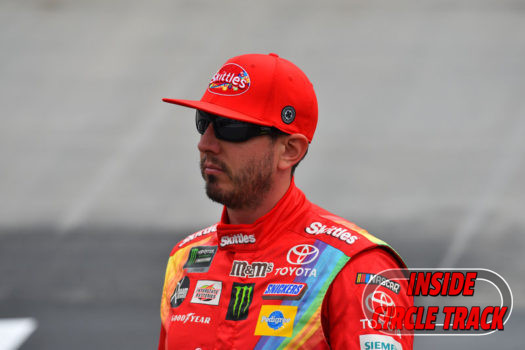 Kyle Busch, Jimmie Johnson, William Byron, Darrell ‘Bubba’ Wallace, and Ryan Blaney are just a few of the drivers who left Watkins Glen International on Sunday evening either mad at someone, with someone mad at them, or both. Tempers were running a bit on the hot side during and after the Go Bowling at the Glen Monster Energy NASCAR Cup Series race with on-track confrontations and post-race interviews and discussions serving as the primary means for demonstrating displeasure. For some of the drivers who have angered others, there could be some very serious ramifications later on in the season. Kyle…