It’s probably too late to get revenge on Ross Chastain 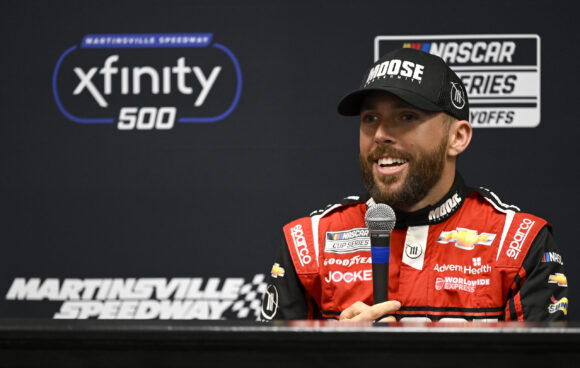 Remember a few weeks ago when seemingly everyone who has ever driven in a NASCAR Cup Series race felt as if they owed Ross Chastain some sort of payback for one of the numerous incidents he has been involved in this year. Denny Hamlin, Chase Elliott and Kevin Harvick have been among those to be “Chastain-ed” at some point during the season and have declared they would get him back at some point when it matters most.

Well, if that was going to be the case, those offended competitors have waited so long that Chastain is now among the four drivers who will be racing for a championship this weekend at Phoenix Raceway. Apparently that moment that would matter most never presented itself.

Technically, there is still one race to get the Track House Racing driver back and it would absolutely be the time to make it hurt the most. However, those with revenge on their minds have waited so long that the target of their scorn has become incredibly popular following the unbelievable move he pulled off by going full speed while scrubbing against the outside wall to make the Championship 4 last weekend at Martinsville Speedway.

Who knows how long it will last, but for now, Chastain is a rock star among many fans, some of them newcomers to the sport. Anyone who attempts to take him out may very well turn himself into an instant villain.

Some may not care about being the bad guy but many others don’t want to be the guy getting booed every week. And oddly enough considering that just a couple of weeks ago it was Chastain receiving most of the boos, that might be the case for at least some of the drivers who may not have enough of a fan base for it not to matter. Anyone who heard the deafening roar when Chastain climbed from his car after last lap at Martinsville no doubt realized that the script on the driver they consider public enemy No. 1 has flipped. 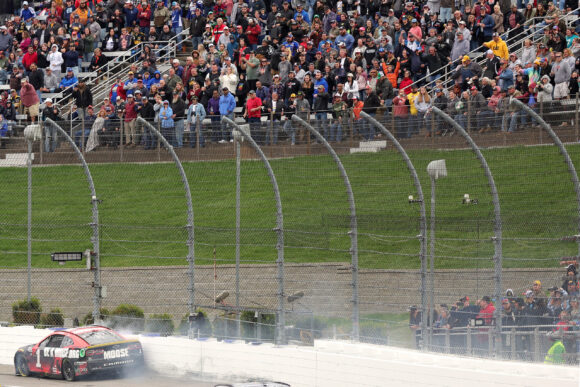 It isn’t likely that any highlight in all of sports has gotten as much play on sports television programming, social media, and other forms of media as Chastain’s last lap heroics on the paper-clip shaped half-mile track. That move has probably brought more attention to racing than anything that has happened in quite some time. As a result, the driver of the No. 1 Chevrolet will probably receive a large number of cheers when introduced in Phoenix.

Those newly created fans, who have probably by now heard of the struggles Chastain has gone through to get where he is, will probably be hoping to see either in person or on television this Cinderella story be finished out with a trophy being awarded on the front straightaway.

So those drivers who at one time had a vendetta against this Ross Chastain have most likely waited too late to do anything about it.

Turn 2 Blog: How hard should the others race the contenders in the finale?