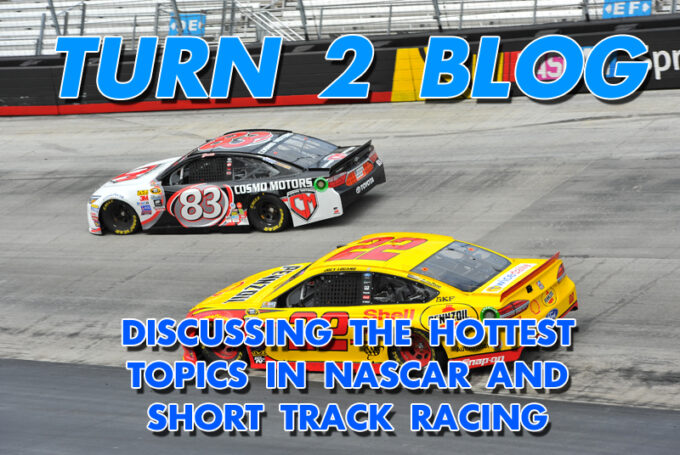 Where has THAT RFK been all season?

Richard: The overall performance of Roush Fenway Keselowski Racing was a big surprise as Chris Buescher drove to his second career NASCAR Cup Series win on Saturday night at the Bristol Motor Speedway. There have been moments in which it has looked like that organization might contend for a win this year, especially with Buescher, but nothing sustained and nothing like what we saw in the Bass Pro Shops NRA Night Race.

Brad Keselowski had what had to be his best race of the season and looked like a serious threat to win until a brush with the wall with less than 100 laps remaining put him back in the field. Together, the No. 6 and the No. 17 Ford Mustangs led a total of 278 of the 500 laps. It was a remarkable performance from seemingly out of nowhere.

I have believed ever since he announced his intentions to go there that Keselowski would make a big difference within the Roush organization, and not just from the driving standpoint. He seems to be a very intelligent guy which has always led me to believe that he will find a way to get the right people and put them in the right places.

Things looked great for RFK at the beginning of the season when both Keselowski and Buescher won their respective Duel qualifying races at Daytona. And as I said above, there have been brief flashes throughout the season. The challenge now is for this organization carry their performance at Bristol through the remainder of 2022 and into 2023. 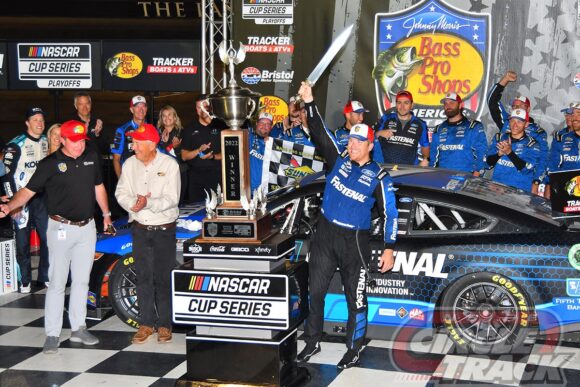 Michael: There have been glimpses of improvement for RFK most of the season. They just weren’t in contention for wins at the end of the races. Buescher has shown more promise than Keselowski until Saturday night. Having said that, it’s hard to say on Saturday night whether the Buescher win or the Keselowski performance was the bigger surprise.

I do believe the organization is better and going to be even better as time goes by. Jack Roush is rarely at the track and I’m not sure how involved he is with the organization. With Keselowski’s previous ownership stint in the truck series, it looks that experience is bringing something the organization has been needing.

Richard: To me, there are pluses and minuses to both the dirt covered Bristol and the concrete covered Bristol. Saturday’s Bass Pro Shops NRA Night Race had lots of drama and intrigue, but to be honest, the racing wasn’t necessarily that great as there wasn’t a lot of passing within the top 5. It seemed as if most position changes came on pit road rather than on the track. And while that was largely true of the Food City Dirt Race back in the spring, that race did feature quite a wild ending.

Selfishly and because our primary focus is to cover dirt racing on InsideDirtRacing.com, it serves us better for BMS to be covered in dirt because of the big XR Super Series and World of Outlaws races that have been held there over the past couple of years. We will no doubt soon find out what dirt racing events will take place in Bristol, Tennessee in 2023 being that it is now certain the track will again be covered in clay for NASCAR.

But ultimately, if it has to be one or the other, I would favor Bristol remaining as a concrete surfaced track all the time. If NASCAR wants to race on dirt, I think it would be better served to do so at Eldora Speedway or Knoxville Raceway. But of course, there is the consideration of things that are not always thought of by fans such as media facilities and other amenities that a track already set up for NASCAR has in place. 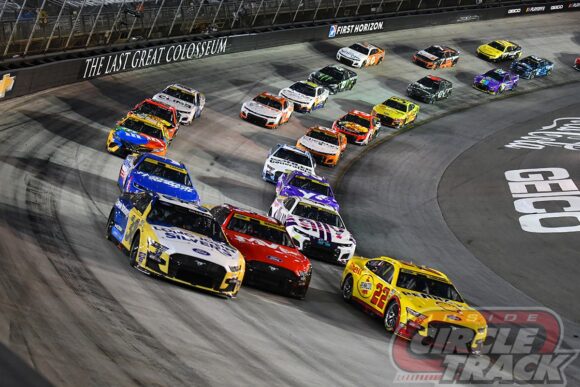 Drivers mixing it up on the concrete at BMS

Michael: How about asphalt? Seriously, I like both. NASCAR and Bristol decided to move the dirt race to a night race and that is what the event needed. We’ll see if the race gets even better in 2023.

Saturday’s race wasn’t the best up front. I think NASCAR should have held a test at Bristol seeing how it was the new car’s first time on the concrete but that’s easy to say in hindsight.

Several of us in the media center wondered if the dirt race was a way for Bristol to keep both dates. Attendance for the spring race has not been good. At least the attendance was better for this year’s dirt race.

Can this upcoming round in the NASCAR Playoffs be even more unpredictable than the first?

Richard: As crazy as the first three NASCAR Playoffs races have been with three non Playoff drivers winning at Darlington, Kansas and Bristol, the second round has the potential to be every bit as crazy if not more so. With all the trouble they have had with the track surface at Texas Motor Speedway, anything could happen. That will be especially true if pit and stage strategy comes into play, and it almost certainly will. If some unexpected driver gets out front because of a late strategy play, he could prove impossible to pass and might once again upset the Playoff system. 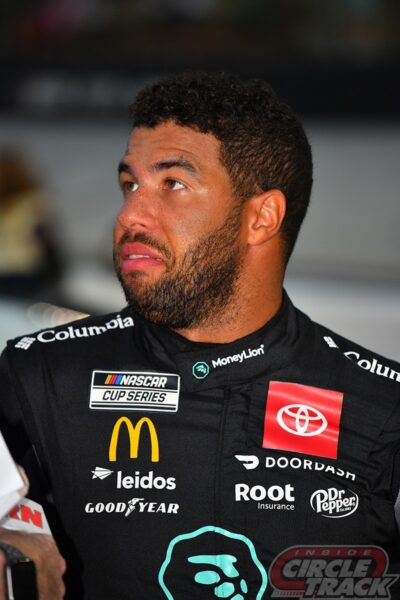 And of course, Talladega can produce any number of scenarios. Nothing, and I mean nothing, can be counted on until the last car crosses the finish line. Someone could turn in a dominant performance and lead most of the laps but could finish 32nd after being taken out in a last lap multi-car crash. Getting this round off on the right foot in Texas is huge considering all that can happen at Talladega.

And while the Roval at the Charlotte Motor Speedway hasn’t necessarily produced unexpected winners, there have been some topsy-turvy happenings further back in the field. A driver who only needs a solid finish to advance may find that difficult to obtain after being pushed into a tire barrier or missing one of the chicanes and having to come to a stop late in the race allowing numerous cars to pass.

So yes, this round almost certainly will produce more unpredictability.

Michael: Who would have predicted the first 3 Playoff races would have been won by those on the outside of the Playoffs?!? Martin Truex Jr. was one driver that runs well at Darlington and Kansas and was one many looked to for an outside win or two. But of the three, he didn’t win any of them.

Talladega is such a crap shoot, anybody can win that race. The odds of a non-playoff driver winning there is high. But you’re right about Texas. What the track does with any traction compound will have a lot to do with who is and isn’t good.