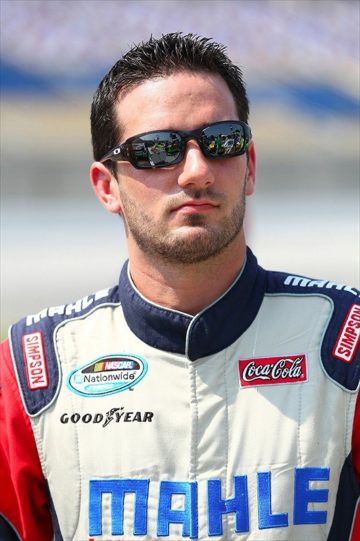 Jeremy Clements experienced the highest of highs and the lowest of lows in the hours and days following his win in the NASCAR Xfinity Series race at the Daytona International Speedway. The euphoria of winning on that form of racing’s biggest stage and earning a spot in the NASCAR Playoffs was soon replaced by the news that his car’s engine manifold had been deemed illegal at the NASCAR R&D Center. While the Spartanburg, SC driver and his family-owned team were allowed to keep the win, his Playoff eligibility was stripped along with crew chief Mark Setzer being suspended and fined.

However, the euphoria returned just before the most recent race at Bristol Motor Speedway when Clements made his case during the NASCAR appeals process and had that initial decision overturned. Now, Jeremy Clements Racing is again Playoff eligible as that run for the championship is set to begin this weekend at the Texas Motor Speedway in the Andy’s Frozen Custard 300.

Clements, who has raced fulltime on the NASCAR Xfinity Series since 2011, hopes his team can benefit not only from the unexpected win at Daytona but also from the inclusion of the No. 51 Chevrolet in the Playoffs.

“The good thing is we made the owner’s playoffs now and that’s big to us,” Clements said in the media pool following the Bristol event. “We have nothing to lose, we’re just going to go for it all and see what happens. We’re going to give it all we’ve got regardless of whether we’re in the Playoffs or not. We’re racers and we want to do the best we can.  We’re going to try to get some more help from Chevy to see if we can make our car even faster for these next three races.”

The Clements team builds its own engines which has helped them make their financial ends meet over the years. The Clements ‘House of Power’ is noted for building some of the top power plants in Dirt Late Model racing. However, the much better financed teams in NASCAR have significant advantages when it comes to producing horsepower for those types of cars.

“We’ve been very smart over the years,” Clements pointed out in the press conference following his Daytona victory. “We cut a lot of corners, corners that cost speed. We build our own engines and that cuts a lot of the costs down. At the end of the year we can make money and pay our guys enough to keep them around and make our stuff better and better. We’ve been fortunate. Yeah, I would love to burn through a lot of money and make our stuff the best it can be. We have zero engineering, we have no engineers. There’s definitely something I would love to do but we can’t if we’re going to keep doing this.”

Clements has a loyal group of sponsors, some having supported his team for years, but he hopes the added attention brought on by his Daytona win and his return to the Playoffs will attract even more attention to his team. The 37-year-old driver was also included in the run for the title in 2017 after he won at Road America and last season when he made it in by way of his position in the regular season standings. In particular, he would like somehow acquire an engine from either Hendrick Motorsports or Earnhardt-Childress Racing.

“We’ve been locked in with the people we’ve got and they’re all happy and they want to pitch in more if they can to make us faster,” the driver said of his backers. “Hopefully we can try to lease an engine from Hendrick or ECR but ECR was full this year and that’s why we never could get any of those but maybe there’s something with Hendrick we can work with and try to get an engine in our car to try to go faster. That’s what we’re lacking, just overall speed.” 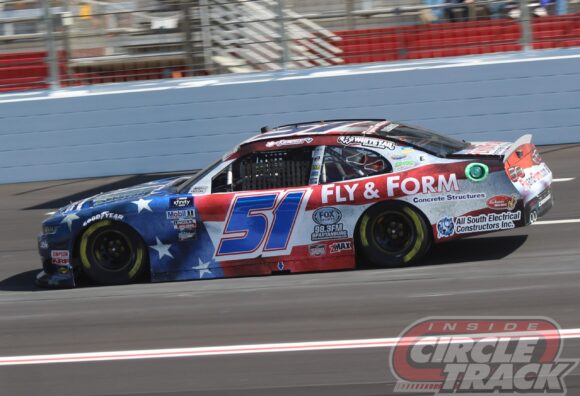 Making the Playoffs provided a welcomed shot in the arm for a team that has had some difficult times in 2022. After the Playoff reset, Clements will enter the first round as the 8th seed with that one win, two top-five and five top-ten finishes to his credit.

“It’s been a rough season for sure, we’ve been in a lot of wrecks,” Clements explained in the Daytona Media Center. “The first race here, we started and made the fastest lap of the race and got wrecked very early and didn’t have a shot. That’s kind of the way of our season, we’ve been in the wrong place at the wrong time. We’ve had some good runs, we had a top-5 at Loudon, we had good runs on the road courses and we’ve had speed but was never able to put it together. Hopefully we get some help from Chevy and other people for the Playoffs now since we’re in them again and we can really step up our program to even advance out of the first round.”

Whether additional assistance comes or not, Clements and his team plan to put their best foot forward.

“We’ll give it all we’ve got, we have nothing to lose. Everything from here is a bonus.”