Skip to content
Home NASCAR Blogs Is it a Kevin Harvick thing or a Stewart-Haas Racing thing?

Is it a Kevin Harvick thing or a Stewart-Haas Racing thing? 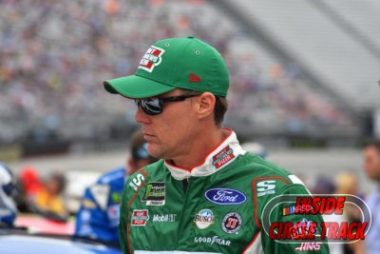 Kevin Harvick has been one of the most prolific winners on the NASCAR Cup series over the past decade. The Bakersfield, California native has won a total of 58 races over the course of his career with 35 of those victories and a championship coming since joining forces with Stewart-Haas Racing in 2014. But as has been well documented, things have not gone so well of late for the No. 4 Ford crew.

Harvick is currently in the midst of a 63 race winless streak that dates back to the Bass Pro Shops/NRA Night Race at the Bristol Motor Speedway on September 19, 2020. And more, the 46-year-old driver is now on the outside of the NASCAR Playoffs bubble seemingly needing a win to give himself any sort of a chance to win his second Cup Series title.

Harvick currently sits 9th in the series standings with five top-5 and eleven top-10 finishes. But with there having been so many race winners this season, those without a victory will have a narrow window of opportunity to get in, and right now, that window is not open for this driver and team.

Keep in mind that this is the same driver and team that won eight races in 2018 and took nine checkered flags in 2020.

It would be easy to look at Harvick’s age and determine that the issue rests primarily with him. After all, those who have followed NASCAR for any length of time have seen many of the sport’s great stars begin a quick decline in their late 40’s. And he is near the age when productivity is supposed to drop off.

At the same time, a look at the somewhat anemic statistics compiled through the first twenty races of the 2022 season by the entire organization could very well indicate that the trouble lies within the entire operation, not just one driver or team.

Of the four SHR drivers, only Chase Briscoe has managed a win this year with that coming at the Phoenix Raceway back in March. Neither Harvick, Aric Almirola nor Cole Custer have looked to be a threat to enter victory lane very often in 2022.

To show the organization’s overall lack of strength, look at the number of laps led as a guide. Harvick has only led 13 circuits all season. Briscoe has paced the field for a total of 226 laps with 101 of those coming during his Phoenix victory. He also led 59 laps during the Food City Dirt Race at Bristol where he was in contention to win until a last lap incident with then leader Tyler Reddick.

Briscoe is currently inside the Playoffs bubble but could be bumped should there be a total of 16 or 17 different winners before the cutoff race at the Daytona International Speedway in late August.

Almirola and Custer have combined to lead only 7 laps and are essentially in a “win-to-get-in” position. 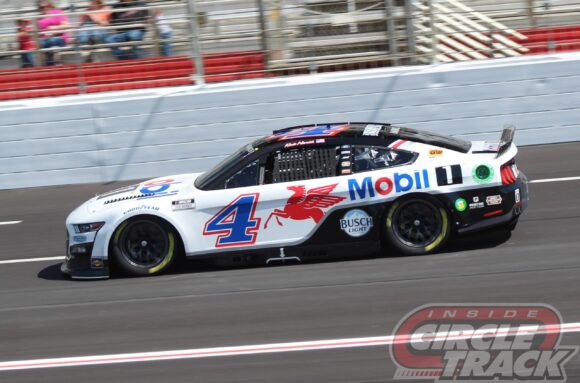 Perhaps there is some aspect of this situation that could be related to the Next Gen car in its first season and the old adage that “You can’t teach an old dog new tricks” considering that Harvick had so much success in the previous car used on the NASCAR Cup Series. But that may not be the complete answer considering that this winless streak began when the Gen 6 car was still in use.

The reality is that the fact that Kevin Harvick hasn’t won a race in almost two years and is struggling mightily to get into the NASCAR Playoffs is probably because of both his age and SHR’s team-related troubles.

Yes, ‘The Closer’ is at the age where many of the sport’s all-time greats have dropped off but there clearly is evidence that demonstrates the entire organization is struggling which makes it unfair to place all the blame on him. And after all, it is not like the No. 4 has been terrible as their place in the standings indicates. It’s just that they are not winning and are not locked into the Playoffs which is an unfamiliar place to be in.