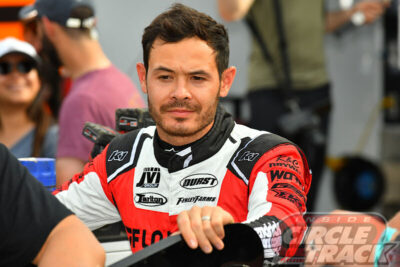 Kyle Larson has won a race this year in a NASCAR Cup Series car at the Auto Club Speedway in Fontana, California. Along with that, he has also won on the World of Outlaws NOS Energy Drink Sprint Car Series at the Thunderbowl Raceway in Tulare, California, and he has won in a Dirt Late Model with the Castrol FloRacing Night in America Series at the famed Eldora Speedway in Rossburg, Ohio.

The 29-year-old driver from Elk Grove, California is one of the most diverse racers of this or any generation. But it’s not like he has caught lightning in a bottle during the first half of 2022 as this type of success has been sustained over several seasons.

The defending NASCAR Cup Series champion has won a total of 17 times on that series including the ten trophies he acquired last year in his first campaign with Hendrick Motorsports.

Along with those victories, Larson has amassed 24 checkered flags on the World of Outlaws Sprint Cars Series and more than 20 triumphs with the Tezos All Star Circuit of Champions Sprint Car Series. Among those Sprint Car wins have been the Knoxville Nationals at the Knoxville(IA) Raceway and The King’s Royal at Eldora. He is also a two-time winner of the prestigious Lucas Oil Chili Bowl Nationals for Midget Sprint Cars.

Although ‘Yung Money’ has only driven a Dirt Late Model sparingly since his debut late in the 2020 season, he has won with the Lucas Oil Late Model Dirt Series, the World of Outlaws CASE Construction Late Model Series, and the previously mentioned FloRacing Night in America Series. His biggest Late Model win to date has been the always popular Prairie Dirt Classic at the Fairbury American Legion Speedway in Illinois.

This driver is no flash in the pan. 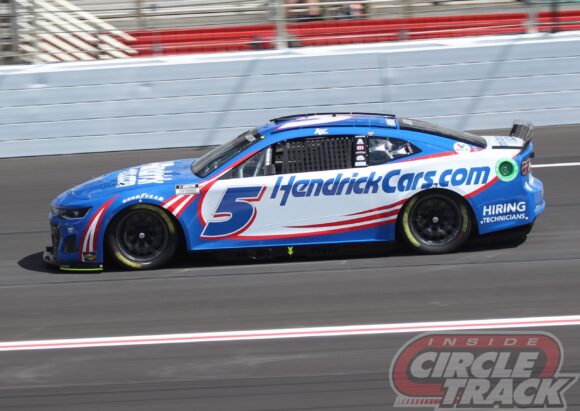 What is perhaps most amazing about Larson’s diversity of talent is how he moves so seamlessly from one type of racing to another on completely different tracks in cars that are markedly different. Two weekends ago, he competed with both the World of Outlaws Sprint Cars and Late Models on the dirt covered Bristol Motor Speedway while jetting back and forth to Dover Motor Speedway to race his No. 5 Chevrolet on that one-mile concrete track with the NASCAR Cup Series.

How is he able to transition from one to the other so effectively over such short periods of time?

“I do it so often that I’ve gotten kind of used to it,” he said in answer to a question from InsideCircleTrack.com. “I’ve been jumping in different cars every week since 2011 so you get to a point where you don’t really have to think about it. I was a little nervous(at Bristol) because I’ve never done double duty in a Sprint Car and a Late Model on the same night before.” 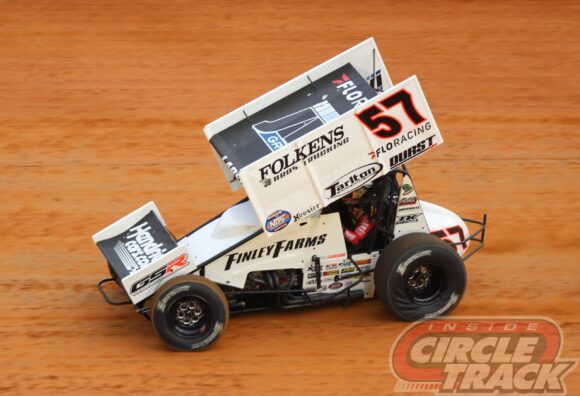 Kyle Larson in his No. 57 Paul Silva-owned Sprint Car

Larson then remarked on the significant differences in the types of cars we was racing on that weekend.

“A Late Model is completely different than any other type of car so I wasn’t quite sure how that was going to be going back and forth but it was pretty natural,” he explained. “I didn’t really ever feel like I had to get up to speed or was in a corner where I was moving my arms too much and stuff like that. It helps too when your car is driving good and both of my cars were pretty stable this week.”

Recalling back to the Food City Dirt Race held earlier at BMS, Larson also offered comparison between the Sprint Car and the Late Model to NASCAR’s Next Gen car.

“The Sprint Car obviously feels way faster than anything anywhere you go,” he offered. “But in the Sprint Car and the Late Model, I feel like I’m at least on the same race track. I feel like I’m in a totally different place than when I was here in a Cup car. It doesn’t feel like the same track, those things are so heavy and they have a lot less horsepower.”

The speed variations are extreme between the three types of racing machines. The fastest qualifying lap for the Sprint Cars during the two-day World of Outlaws-sanctioned event at Bristol was turned by Rico Abreu at 13.517 seconds while Ricky Weiss posted the quickest Late Model time at 15.193 seconds around the half-mile facility. NASCAR did not qualify at Bristol, but rather, had their drivers draw for heat race starting positions. However, the fastest lap turned in Cup Series practice was 20.172 seconds by Ryan Blaney. 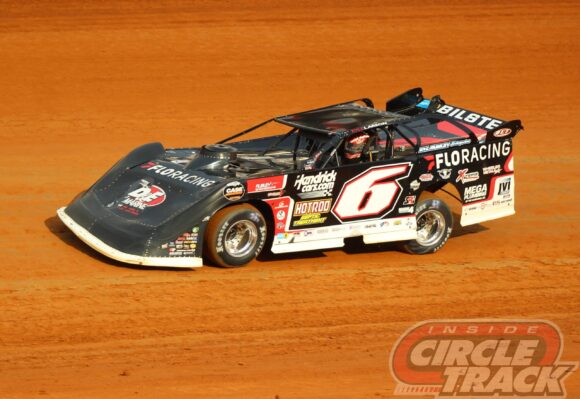 “I mean we’re going around here in like 21 second lap times or something like that,” Larson recalled from his Cup experience on Bristol dirt. “In a Sprint Car we’re qualifying in like 13 seconds. Stuff is happening really fast and it’s really twitchy. Then you step into the Late Model and it’s two seconds slower and that’s pretty noticeable too. You can go to any track in a Sprint Car and a Late Model and things just happen quicker because you’re going quicker and the cars are just reacting so fast. It helps going from a Sprint Car to a Late Model because it slows things down.”

Larson will race the No. 6 K&L Rumley Enterprises Longhorn Chassis Late Model from Wednesday through Friday at The Dirt Track at Charlotte with the XR Super Series before heading off to the Advent Health 400 at the Kansas Speedway, a track where he won the last time the NASCAR Cup Series was there in October of 2021.