Skip to content
Home NASCAR Blogs Can the Next Gen bring the “Action Track” back?

Can the Next Gen bring the “Action Track” back? 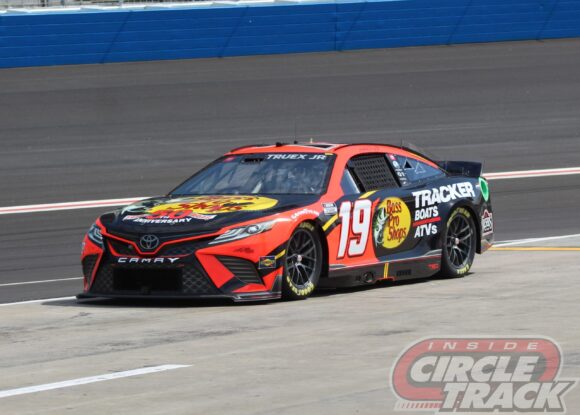 Martin Truex Jr. has won three of the last five races at Richmond

Several years ago, the Richmond Raceway earned the nickname of of the ‘Action Track’ due to the fact that the NASCAR Cup Series races held there often featured a great deal of excitement and sometimes a little controversy. The 2008 run-in(or run-ins) between Kyle Busch and Dale Earnhardt Jr. are forever etched into the memories of many fans. And those who are old enough likely remember the “yap-yap mouth” post-race situation involving Kevin Harvick and Ricky Rudd in 2003.

However, it seems as if that reputation has slipped away from the track a bit over the past few seasons.

In the last six races held in Richmond since 2018 there has been an average of just over four yellow flags per race including those waved for competition cautions and stage breaks. In other words, this has become a track that features very few racing incidents. That is not to say there have to be wrecks for races to be exciting but what that statistic does reveal is that competitors are not running in close enough quarters with each other to have the inevitable mishaps that will occur during tight racing.

Closely examining a few of the most recent events held in the state capital of Virginia show that there has in fact been very little action. As a matter of fact, the September races held in 2020 and 2021 along with the April event of 2019 ended with green flag runs that stretched more than 140 laps. The last time there was a lead change within the final 20 laps of a race came in April of 2021 when Alex Bowman took the lead on a late-race restart.

Perhaps due to its aerodynamics and handling characteristics, the previously used Gen 6 car caused the .75-mile D-shaped track to race more like the 1.5-mile ‘cookie cutter’ facilities that used to make up a significant portion of the NASCAR schedule. And for some time, those tracks have not provided the most entertaining of shows.

All that being said, the Next Gen car being used for the first time during the 2022 season has seemed to improve the competition level on tracks that had, in recent years, seen a drop off in passing and side-by-side racing. The contests held earlier this season at Auto Club Speedway, Las Vegas Motor Speedway and Phoenix Raceway were thrilling affairs which kept the interest of fans throughout and then produced exciting finishes.

Many have declared that NASCAR is in the midst of one of its better seasons in a while and point to the Next Gen car with its complete redesign and sometimes difficult handling characteristics as a major reason for that. If true, perhaps this Sunday’s Cup Series race will see a similar rise in its entertainment value.

There doesn’t have to be a double-digit number of cautions or a controversial late-race incident to make a race great. But if the Toyota Owners 400 at Richmond Raceway follows the trends shown by other tracks this season, there will likely be more drama than has been the case recently. The ‘Action Track’ could very well make a comeback.