The real value of the Clash is about to reveal itself 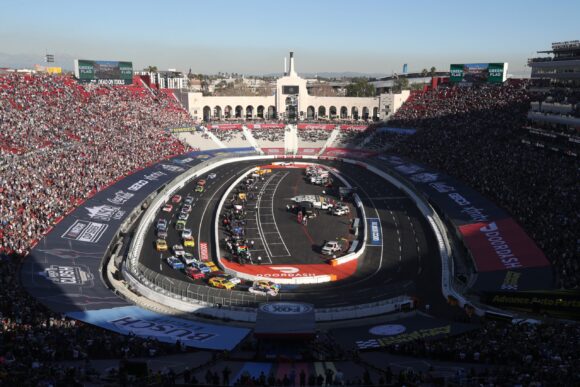 The Clash played out in front of a large and enthusiastic crowd(Photo: Getty Images)

The Busch Light Clash at the Coliseum was a success in every aspect for NASCAR. There was a great deal of buzz leading into the race held inside the city limits of Los Angeles and, as isn’t always the case with heavily anticipated sporting events, the contest lived up to the hype. The stadium was virtually full of spectators, there was plenty of excitement, and the racing was entertaining with just enough beating and banging to make it interesting but not tiresome.

And on Tuesday, NASCAR got what was probably the best news of all. The television audience was better than it had been for more recent Clash races. More than 4.2 million viewers watched the race which was up 168% over last year. That was more people than had watched any Clash since 2016. Further, the heat races drew 2.5 million viewers which is more than any qualifying event since pole day for the 2016 Daytona 500.

The value created from a race on a makeshift track inside of an historic multi-sport venue that was well received by an enthusiastic crowd cannot be overstated in terms of the energy built up leading into the 2022 season and the sport’s marquee race. It would seem safe to say that the Daytona 500 has not had this good of a lead-in from a preliminary event in quite a long time.

The real value of the Busch Light Clash at the Coliseum, though, isn’t simply in the numbers of seats that were filled in a place that had never hosted a NASCAR event before or in the viewership numbers produced by the television broadcast. Rather, the real value could very well come from the energy that race has created for the sport at a critical time in its history.

The Daytona 500 is typically NASCAR’s most viewed race unless weather interferes. But with a great deal of buzz in front of it this time around, ‘The Great American Race’ could be in a position to add to momentum rather than start it which could then carry over into the next few weeks. And the fact that the stars of the Cup Series will be heading immediately back to the western part of the country where those positive vibes began for three consecutive races following the 500 could be helpful in building a bigger audience in that part of the country.

In the end, however, much is going to depend on the performance of the Next Gen machine. All the publicity in the world from an exhibition race won’t matter very much if the racing with the new car proves to be less than enjoyable to watch. But if in fact the car does produce the close quarters type of competition NASCAR is hoping it will, the momentum gained from the Clash could be put to good use.

Again, the real treasure delivered from the successful venture into the Los Angeles Memorial Coliseum won’t simply be that the Clash made for a fun afternoon. Instead, it could be that new fans were gained and thus attendance at other events might be better, and most importantly for the sport, television ratings could go higher.

The leaders of NASCAR are hoping for a much bigger picture effect from the Clash. Greater attendance and higher TV ratings that might have been spawned over a long period of time will be the real value found this past Sunday.

Let’s not get carried away with stadium racing