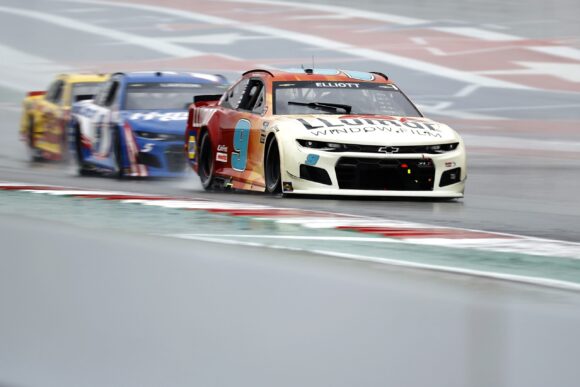 There have been times in NASCAR history in which it has been to the advantage of car owners to have a driver with particular skills on certain types of tracks.

Having a driver who was great on short tracks was beneficial in the 1970’s and 1980’s with tracks under one mile in length making up a significant portion of the schedule in those days. After restrictor plates became a thing in the late 1980’s, it served teams well to have a driver who was adept at that type of racing, especially with the sport’s marquee event- the Daytona 500 -being a restrictor plate race. And certainly, the last couple of decades featured a significant number of 1.5 – 2 mile so-called “cookie cutter” style tracks which served teams well with drivers who possessed those skills.

Apparently the skillset needed in NASCAR in the early part of the 2020’s is that of road course racing. In 2021, there were seven races that called for both left and right turns on the Cup Series schedule. And this coming season has almost as many events on either true road circuits or oval tracks fashioned into makeshift road courses.

The plan in place calls for six road courses in 2022 which accounts for one-sixth of the schedule. There are fewer short track races with only five on the schedule. Eight races will be held on tracks that measure between one-mile and 1.33 miles, four on the big super speedways, and one on dirt. The 1.5-mile to 2-mile “cookie cutters” still dominate the schedule accounting for eleven shows.

Pocono’s 2.5-mile triangular layout doesn’t really fit into any of the categories mentioned in the paragraph above.

So if road course racing is going to make up such a big part of the slate, it obviously benefits those teams with a driver who is good at that type of racing and a detriment for those whose driver does not run so well on road courses.

That said, it certainly appears as if Hendrick Motorsports has positioned itself well for the modern-day NASCAR Cup Series schedule. Since 2018, there have been 15 road course races at the sport’s top level. HMS has taken the trophy away from 10 of those events.

2020 Cup champion Chase Elliott has very much emerged as a road course ace. The No. 9 Chevrolet has pulled into seven road course victory lanes since 2018 with those wins accounting for more than half of his 13 career triumphs. Harkening back to the 1980’s and 1990’s when teams used to hire so-called “road course ringers” in hopes of stealing a win on one of the few twisting circuits that NASCAR ran back then, this second generation star has fashioned himself into a ringer who runs full-time and wins on other tracks.

But when it comes to winning on road courses, it isn’t just Elliott who leads the pack for this Rick Hendrick-owned organization. HMS added three more road course wins apart from those earned by Elliott when Kyle Larson grabbed checkered flags at Sonoma, Watkins Glen and the Charlotte Roval during his 2021 championship run.

Combined with Elliott’s victories at Circuit of the Americas and Road America, these teammates accounted for five wins in the seven road course races held on the Cup Series schedule in 2021. Christopher Bell’s triumph on the Daytona Road Course layout for Joe Gibbs Racing and A.J. Allmendinger’s win on the Indianapolis Motor Speedway Road Course for Kaulig Racing are all that broke up the Hendrick monopoly on those tracks.

But going forward, the big question is how will the Next Gen car impact road course racing. According to the drivers who have tested the new Cup Series machine, it is far different from its Generation 6 predecessor. Braking, acceleration, shifting, steering, and much more have been pointed out as key differences and all of those aspects are keys to success on road courses.

Almost certainly, the teams that will enjoy the most success, particularly early on this season, are those who will be able to most quickly find the feel that their drivers want. That will not only be true of road courses as well as every other type of track.

It would stand to reason that those who have succeeded at certain places in the past would have the best chance of finding the right feel most quickly. And with the resources available at HMS, it would seem a safe bet that the organization located not far from Charlotte Motor Speedway will have a head start on the competition when the first road course race of the season plays out at Circuit of the Americas on March 27th.

The drivers(Elliott & Larson) who finished first and second in Austin, Texas in the inaugural run by the NASCAR Cup Series in a pouring rain will almost certainly be the favorites again … and at every other road course until someone proves otherwise for that matter.