Joey Logano finds himself in an interesting position entering 2022 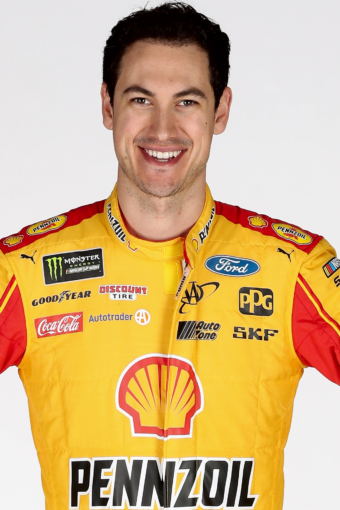 Joey Logano has been with Team Penske since 2013 and has been thought of as a serious contender to win races and championships ever since that time. And while the 31-year-old driver will enter the 2022 NASCAR Cup Series season thought of in that same way when the green flag is displayed on February 20th for the season opening Daytona 500, there will be a unique feel for this frequent front runner entering the new campaign. The Middletown, Connecticut racer now finds himself in an interesting position because of several factors.

With the new Next Gen car making its long-awaited debut this season, there are some drivers who can be considered as more experienced, older racers who will find a challenge in having to adapt to a machine that is considered significantly different from what they have grown accustomed to over several years of competition. Kevin Harvick, Denny Hamlin, Brad Keselowski and Martin Truex Jr. could very well be counted among those who fit that bill.

On the other hand, twenty-something rising stars such as Chase Elliott, Alex Bowman, William Byron, Christopher Bell, Chase Briscoe, Cole Custer and Logano’s Team Penske mates Ryan Blaney and Austin Cindric are among those who are young enough that they may not yet have become too attached to the Generation 6 car to have trouble adjusting to something new.

Even though it seems as if Logano has been in this sport for a long time, and he actually has in fact been around as a full-time driver at the sport’s highest level since 2009, the driver once labeled as ‘Sliced Bread’ is still well short of the time typically considered the prime for a Cup Series star. He stands on a sort of middle ground among NASCAR drivers at this pivotal time for this form of racing in that he’s not really young by today’s racing standards and he’s not really old by today’s racing standards.

Additionally, the departure of Brad Keselowski from the Penske organization to take on the role of driver and co-owner at the newly rebranded Roush Fenway Keselowski Racing operation thrusts Logano into the position of senior member of the driving corps at Team Penske which consists of himself Ryan Blaney and rookie Austin Cindric. So not only will he be looking to find his own way with the Next Gen car but he will, in all likelihood, be looked to for leadership among that talented trio of drivers.

It will be interesting to see how things go for this middle ground driver in this time of change.

But making necessary adjustments is actually something the pilot of the No. 22 Ford has demonstrated an ability to do in the past. In this most recent season, Logano showed that he can adapt to new things when this driver who has relatively little dirt racing experience compared to the likes of Kyle Larson, Christopher Bell and Austin Dillon was able to score a win in the inaugural Food City Dirt Race at the Bristol Motor Speedway.

That somewhat unexpected triumph in Bristol proved to be the only trip Logano would take to a Cup Series victory lane in 2021. 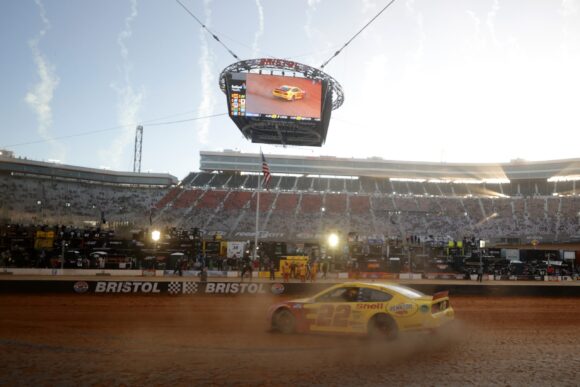 Joey Logano scored his only win of 2021 on the dirt in Bristol(Photo: Getty Images)

Coming off of what was, for him, a bit of a lackluster season which brought one win along with 10 top-5 and 19 top-10 finishes and an 8th place finish in the final standings, the 2018 champion will be looking to improve upon those numbers in this upcoming campaign. This racer with 27 career wins at the top level of American motorsports has tasted victory at the end of at least one race during each individual season in which he has driven for Team Penske with multiple-win seasons actually being more of the norm.

By no means is 2022 any sort of a make-or-break year for this driver who will enter his third season working with crew chief Paul Wolfe. After all, he is signed through the 2023 season. However, it will be an interesting one as this not-too-old and not-too-young former champion leads the way for one of NASCAR’s top teams as the sport enters a new era.