Skip to content
Home Short Track Blogs How long will the ‘Kyle Larson Effect’ be felt in dirt racing?

How long will the ‘Kyle Larson Effect’ be felt in dirt racing? 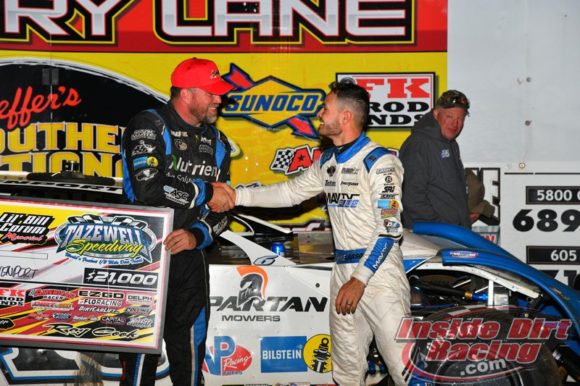 There is little doubt that all forms of dirt racing have, over the past two years, received more attention within the world of motorsports than at any other time in history. Mentions of dirt races have been made during NASCAR television and radio broadcasts as well as in racing related news shows and various other types of programing. And more, social media posts by the sport’s biggest stars and most followed accounts have brought racing on clay to the forefront.

Whether it be Late Models, Sprint Cars or Modifieds, there has probably never been a time when the names of drivers, tracks and events have been seen and heard by more people than right now. So what has brought about all of this newfound exposure?

There can also be little doubt that the return of the NASCAR Cup Series to dirt racing this past season when the Bristol Motor Speedway was covered in clay for the Food City Dirt Race has had much to do with this resurgence of this particular brand of motorsports. Further, it would be hard to argue that NASCAR’s sudden interest in getting back to “grassroots” racing, as the media is so fond of labeling it, was greatly influenced by the flood of popularity brought on by the run made by Kyle Larson throughout 2020 and 2021.

After his suspension from NASCAR early in the 2020 season, Larson went on a tear through the Sprint Car and later the Late Model ranks of dirt racing that captured the attention of virtually everyone in the racing world noticed. Throughout 2020, the wave continued to swell as “Yung Money” won big race after big race on dirt. Dozens of checkered flags ultimately waved over whatever car the Elk Grove, California native was driving on that particular night.

When the calendar tripped over to 2021, Larson was reinstated by NASCAR then he immediately landed in the No. 5 Chevrolet for Hendrick Motorsports. But that did not put much of a crimp in the 29-year-old driver’s dirt racing plans. With the NASCAR Cup Series not having practice or qualifying for most of its events this past season, schedules for the stars of the sport were freed up to do other things. In Larson’s case, other things meant more racing on dirt.

And just like in 2020, Larson not only raced but he won. Sprint Car racing’s two biggest events, the Knoxville Nationals at the Knoxville(IA) Raceway and the King’s Royal at Ohio’s Eldora Speedway were claimed. He also won on all three of Late Model racing’s national tours. He decimated the Lucas Oil Late Model Dirt Series field at All-Tech Raceway in Florida. He won a Castrol FloRacing Night in America event on the legendary Brownstown(IN) Speedway. He also claimed a World of Outlaws Morton Buildings Late Model Series feature at Pennsylvania’s Sharon Speedway. 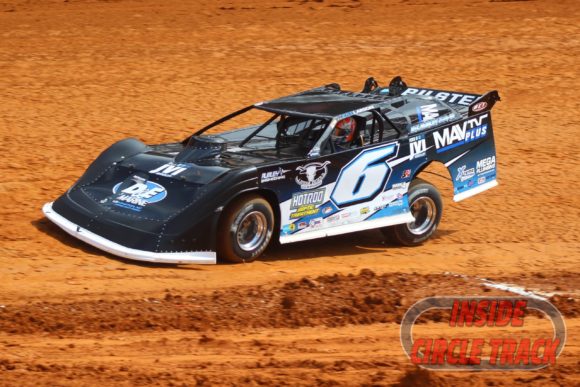 Kyle Larson was a frequent runner on dirt in 2021

But on the Late Model side, Larson’s biggest win came in the highly charged atmosphere of the Fairbury(IL) American Legion Speedway when he claimed the highly coveted Prairie Dirt Classic. And of all of those dirt racing triumphs over the past two years, perhaps Larson’s most appreciated have been the two Lucas Oil Chili Bowl Nationals he has claimed.

And all of this was accomplished while he was winning ten NASCAR Cup Series races and the 2021  season championship at the same time.

The real impact of Larson’s involvement in dirt racing, however, isn’t just the historic number of wins he has piled up, but rather, it’s the attention he has brought to this form of racing. Fans have shown up in droves to watch him race at dirt tracks all over the country. And of course, that has served to benefit promoters at those facilities and of those series as well as the various streaming services who broadcast those events.

While many of the races Larson entered would have had large grandstand crowds whether he was there or not, the real benefit came in another way. The fact that a big NASCAR star who has become somewhat of a cult hero in the dirt world was on hand helped to sell many more of the higher priced pit passes that ultimately added to the bottom line. 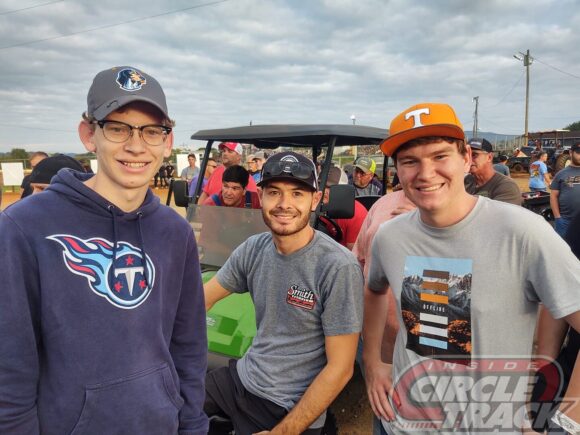 Not only have more fans become engaged with dirt racing but more NASCAR drivers have entered races as well. Whether it be because they saw the excitement being generated by Larson or because of the re-entry of NASCAR into dirt racing, stars such as Chase Elliott and Kyle Busch have raced in events they might not have otherwise entered. Those drivers add their names to the likes of Christopher Bell, Stewart Friesen and Austin Dillon who already had a history of racing on clay surfaces.

As has been widely reported by now, NASCAR will return to the incorporation of practice and qualifying into its racing weekends in 2022 which, of course, means that its drivers won’t have the same kind of free time that they have had over the past couple of seasons. As a result, it is not likely that fans of dirt racing will have as many opportunities to see Larson in the coming season.

But the real question regarding this superstar’s involvement in dirt racing is what kind of lasting impact will he leave when he is not able to compete so often. How many of those fans who came just because Kyle Larson was going to be racing in the show will come back when there is not a chance of getting an autograph or a selfie with a NASCAR star?

If it turns out that new fans will in fact return to watch a Sprint Car race or a Late Model race that might have never come to a dirt track in the first place had Larson not been there then his impact could very well be a long lasting one. Certainly, the short-term impact was beneficial but a long-term legacy of the ‘Larson Era’ of near full-time dirt racing would be even better for the sport as a whole.

It is not an exaggeration to say that Larson’s involvement and success in dirt racing over the past two years has been one of the best things to ever happen to this form of motorsports. Will that impact carry on now that his dirt schedule will most likely be more limited?