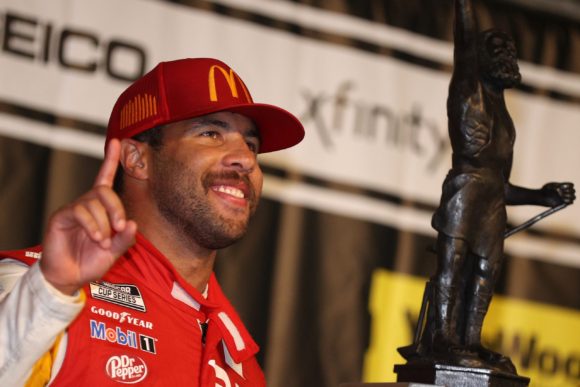 Jackie Robinson is perhaps the most iconic figure in American sports history in terms of African-American athletes breaking the barrier of what had previously been considered a sovereign realm for whites. When the Dodgers legend entered Major League Baseball in 1947, it was not only a significant moment in the history of sports but also for American culture as a whole. What makes the first black player’s legacy so important in sports as well as life in general is that not only was he a great player but he paved the way for numerous others to follow his lead and enter the sport of baseball within a relatively short time of his own entry.

In another well known sports breakthrough, Texas Western University won the NCAA College Basketball national championship at the end of the 1965-66 season by defeating the University of Kentucky in the final game. It was the first time in college hoops history that a team had won that title with an all black starting lineup.

Not long thereafter, a college basketball team with a starting lineup consisting of all or mostly African-American players would become almost commonplace.

In 1963, Wendell Scott broke down a barrier as well when he became the first African-American to win a NASCAR-sanctioned auto race. But unlike the cases of Robinson and the Texas Western team, there was not a flood of others who followed suit. While there have been other persons of color to compete in America’s most prominent form of motorsports, no other driver found victory lane for the better part of six decades.

Bubba Wallace drove his 23XI Racing Toyota to the checkered flag this past Monday at the Talladega Super Speedway to become the first African-American racer to win at the NASCAR Cup Series level in 58 years. While Scott certainly deserves pioneer status within NASCAR and has been recognized as such with an induction in the NASCAR Hall of Fame, it has taken a very long time for anyone to follow his lead.

As a result of Wallace’s recent achievement he is now the standard bearer in this form of motorsports for black drivers in that his win is the first to come in the so-called modern era of NASCAR. What the ultimate impact of that win is won’t be seen for some time to come.

Will other young black people be inspired to become racers or will Wallace’s win(or wins) stand alone for years to come with no one following his path? Will this victory not be followed in the same way as was the case with Robinson and other black athletes who broke barriers in football, basketball, and other sports for many more to come?

“I think about the next generation that wants to be a part of this sport,” Wallace said in his post-race press conference following the Talladega win. “I think this gives them a little bit more motivation, a little bit more fuel in the tank. It’s important for that because we look at our demographic of our sport and we want it to change so desperately. With everything that’s gone on in the last 16 months, we are trending upwards.”

The driver of the No. 23 car recognizes that any who might follow him will have to prove themselves.

“But we still have a lot of work to do,” he declared. “I know the biggest work that can be done is on the racetrack and we were able to accomplish that today.”

But getting to the track might be the hardest part. Obviously, the path to success can be much harder in racing than other sports due the issue of cost. While simply owning a glove, a pair of athletic shoes, and a few other pieces of equipment is enough to get started in most sports, racing requires many expensive pieces of equipment that sponsors are often needed to help pay for. And those can be hard to come by no matter what the skin color of the driver might be. 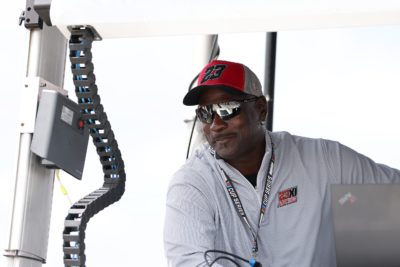 Also, there aren’t many middle school and high school programs for young racers to get involved with as is the case in the “stick-and-ball” sports. That would be particularly true in inner city areas where many athletes on the court or the field have come from. At the same time, however, the proliferation of various forms of racing on television increase the exposure to the sport which could include the witnessing of a black driver winning a NASCAR race by black kids.

And do not underestimate the importance of basketball legend Michael Jordan’s role with 23XI Racing and how that role might influence young racers of color. Furthermore, one of most successful drivers of this or any other era is Formula 1 champion Lewis Hamilton who provides an example of a black person succeeding wildly in motorsports.

Whether or not another African-American driver comes along to follow up on what happened in the YellaWood 500 at Talladega remains to be seen. It is an uphill climb, no matter how inspired, for any racer to even make it to NASCAR, much less win at that level.

This piece was not meant to take away from the significance of Bubba Wallace’s victory in Talladega. Rather, it was meant to ask the simple question of whether or not anyone would follow the example established by that driver.