Signs point to a strong run for Tyler Reddick in Kansas 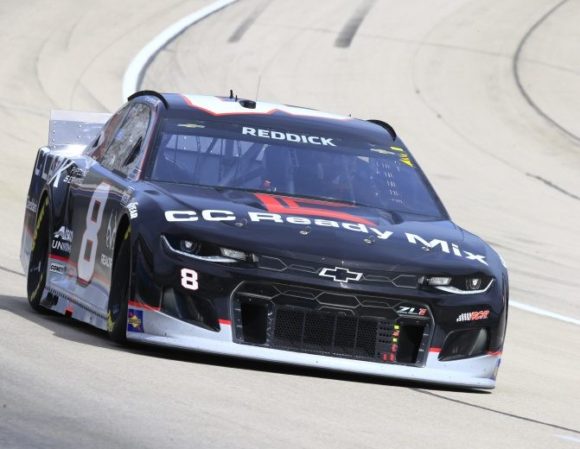 With all the talk in the NASCAR Cup Series centering on those drivers who are still alive in the Playoffs, it can be easy to overlook those who have already been eliminated from title contention. But one driver who could very well find himself in the mix for a top finish or even a win this weekend in the Hollywood Casino 400 at the Kansas Speedway is Tyler Reddick.

The 1.5-mile track located just across the state line from Kansas City, Missouri is one where the 25-year-old racer has run well in the past. And perhaps more importantly, the driver who is competing in his second full season at the Cup level will start Sunday’s race with momentum on his side after posting very strong finishes in three of his last four starts for Richard Childress Racing.

When the Cup Series last visited Kansas Speedway back in May, Reddick scored one of the 16 top-10 finishes he has posted so far in 2021. The driver whose Playoff bubble burst after the first round came home in seventh-place that day as he and his No. 8 Chevrolet team worked to overcome the early deficit they found themselves facing in the standings after scoring five finishes of 22nd or worse in the first six races of the season.

There is more than just the race in the spring of 2021 to base a prediction for success by this Corning, California native this weekend. He made one of his two Cup Series starts in 2019 at Kansas and parlayed that opportunity into a ninth-place result. Further, the two-time NASCAR Xfinity Series champion earned two seconds and a fifth at this facility during his time as a full-time driver on that tour.

The youngest feature winner in the history of the Lucas Oil Late Model Dirt Series has been on a roll of late in his current gig. He has earned three top-10s in his last four starts with the one poor finish during that stretch coming at the unpredictable Talladega Super Speedway. Perhaps most importantly going into the Kansas race is that two of those three recently posted solid results came on 1.5-mile tracks in Las Vegas and Texas.

Kansas would seem to suit Reddick’s style in that cars often work best when running the high line around the track and this driver typically excels when that is the case. But the high line can also be tricky, even for those who are at their best there.

“When I’m on the fence when the tires get warmer and we are on a longer run, the top can be a tool to help me with long run speed,” Reddick explained in an RCR press release. “My first race last year I tried to run it too much and tried to make our car the fastest car on the track when really I didn’t need to be at that time. Then, the second race we had there, my team did a really good job of making our car run well all across the racetrack, but I felt like I had to run the top and got us into a hole. So, running the top at Kansas is a lot of fun and we can get speed doing it, but it’s important to be versatile and be smart throughout the whole race.”

In the end, the key to success at Kansas isn’t entirely different from any other track.

“When I think about Kansas, I also think about execution getting to pit road, being fast in and out of the box, executing the green flag stops we’re going to have throughout the stages, and managing restarts. We just need to be smart and manage other parts of the race to make sure it doesn’t get away from us.”

The Hollywood Casino 400 at Kansas Speedway is slated to start at 3:00pm eastern with live television coverage provided by NBCSN.