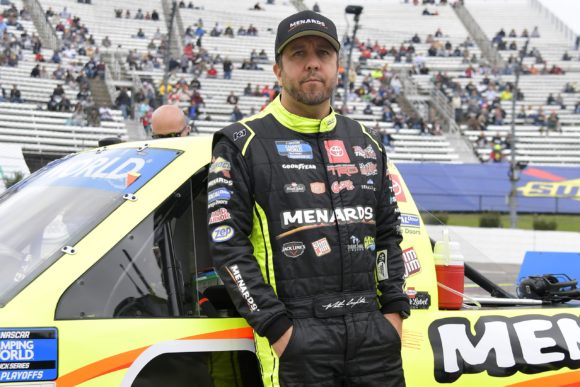 The old NASCAR points system that was used up until the end of the 2003 season was one that rewarded consistency. Designed in the early days of the sport, the sanctioning body sought to have a format that would encourage drivers to run the entire schedule so points were distributed in such a way that those who showed up most often would place highly in the standings while those who might win races but not run the full circuit would have little chance of winning a championship.

However, it was decided that such a system was not exciting enough in that a driver and team could “5th place” their way to a title and, as Matt Kenseth did in 2003, might even have the championship trophy locked up before the final race even took the green flag simply by not falling out of races and consistently finishing within the top-10. As a result, the sport’s leadership introduced the ‘Chase for the Championship’ in 2004 which reset the top-10 drivers in the standings with ten races remaining on the schedule with the hope of assuring a close points battle in the season finale.

The new approach to crowning a champ was largely meant to keep television viewers tuning in until the last lap of the season had been completed.

That system eventually evolved into the current ‘NASCAR Playoffs’ which takes a certain number of drivers(depending on the series) and whittles them down after three-race segments within the final stretch run of events to get to what is known as the ‘Championship 4’ who will race to earn a NASCAR championship in a final deciding race. And one aspect of the current system meant to encourage teams to go all out for wins is the fact that a win by an eligible driver within one of those three-race segments assures advancement into the next round no matter how well or poorly the other two races in that round may have gone.

Any driver who wins a race during the regular season is awarded a Playoff position when the first cut is made.

With that taken into consideration, surely each of the competitors who are among the ‘Championship 4’ at the series finale will have won at least one race during the course of the season, right? Actually, that is not always the case.

A look at the Championship 4 for both the NASCAR Xfinity Series and the NASCAR Camping World Truck Series reveals that winning is not essential to be included in the title hunt going into the finale at Phoenix Raceway. As a matter of fact, one driver has a chance to win his second series championship under this system without a single victory at any point during the season.

Matt Crafton won the 2019 NCWTS championship without a victory. A look at the Thorsport Racing driver’s statistics from that year shows that he was not even a frequent front runner who suffered bad luck. He only led laps(total of 21) in three races over the course of the second half of the season and scored only seven top-5 finishes during the entire campaign.

Crafton will enter next week’s race at Phoenix as a title contender while having scored no wins, five top-5 finishes, and leading only 19 laps in all of 2021. These are not the statistics one might expect of a driver who has advanced to the championship round in a system that rewards winning. 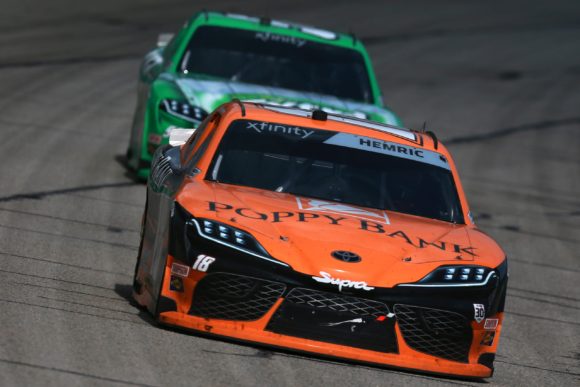 Daniel Hemric has led laps but has yet to win a race(Photo: Getty Images)

On the NASCAR Xfinity Series side of things, another driver will be racing for a championship in Phoenix who has not won during the 2021 season.

Daniel Hemric has been close multiple times only to have the rug pulled from under his feet on each occasion. Unlike Crafton, though, this driver has led races with a total of 615 circuits in which has has paced the field. And, he has finished near the front with 14 top-5 results to his credit. While the Joe Gibbs Racing pilot has earned nine podium finishes up to this point, he still has not visited victory lane in either the regular season nor the Playoffs.

This is not to say that Crafton and Hemric should not be given a chance to win a championship in Phoenix because they each did what they had to do to get to this position. However, the idea that a system supposedly supposedly designed to place great emphasis on winning could produce two champions in NASCAR’s three top divisions who did not win a race all year gives off the appearance of false advertising.

Those who are opposed to the NASCAR Playoffs as they are currently structured or who simply enjoy chaos may very well be rooting for Daniel Hemric and Matt Crafton to claim the big trophies next weekend but to do so without winning their respective races.