Skip to content
Home NASCAR Blogs Could Denny Hamlin be set to make a Stewart-esque run to the championship?

Could Denny Hamlin be set to make a Stewart-esque run to the championship? 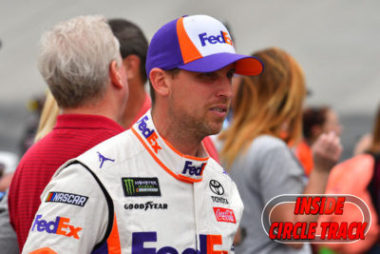 Going into the 2011 ‘Chase for the Sprint Cup’, as the current NASCAR Playoffs system was then know by, Tony Stewart had not won a single race. He and his Stewart-Haas Racing team made it into the ten-race stretch that would ultimately decide the NASCAR Cup Series champion by virtue of their place in the standings at the time of the cutoff.

Stewart’s name was not on the top of very many lists when media and fans named off their picks to win the title that year. However, Stewart would make a run in those final ten races that few saw coming. Ultimately, “Smoke” would win half of those remaining races and score his third championship when he beat out Carl Edwards in the series finale at the Homestead-Miami Speedway.

Could a similar situation be on the verge of playing out as the NASCAR Cup Series readies itself for the 2021 version of the NASCAR Playoffs?

After collecting a total of seven checkered flags during the 2020 NASCAR season, driver Denny Hamlin did not score a single victory during this year’s regular season. However, his Joe Gibbs Racing team definitely showed that they have the strength to compete for positions near the top of the leaderboard after posting the second highest totals on the series in terms of top-5 and top-10 finishes as well as total laps led.

Only regular season champion Kyle Larson topped Hamlin in each of the statistical categories mentioned above.

Potentially weighing in the favor of all Joe Gibbs Racing team members going into the Playoffs is the fact that six of the final ten races will be contested using the 750 horsepower/low downforce package. That organization’s Toyotas have performed well with that particular configuration particularly early in the season when Martin Truex Jr. won races at Phoenix, Martinsville and Darlington. Those three tracks will also figure prominently into the upcoming Playoff schedule.

The first round of the Playoffs sets up well for Hamlin so if he is to make a serious run like that of Stewart in 2011, it could very well begin there. Darlington, Richmond and Bristol will serve as the locations of the first three tests in the 2021 Playoffs and the Chesterfield, Virginia native has performed well at each of those venues over the course of his career.

The stretch run will begin at the Darlington Raceway where Hamlin has earned three wins and has an outstanding average finish of 7th on the ‘Track Too Tough to Tame’. Earlier this season he placed 5th in the final rundown in the first race held there. Kicking his Playoff run off with a win at the venerable old track is definitely not out of the question for this driver and the No. 11 crew. 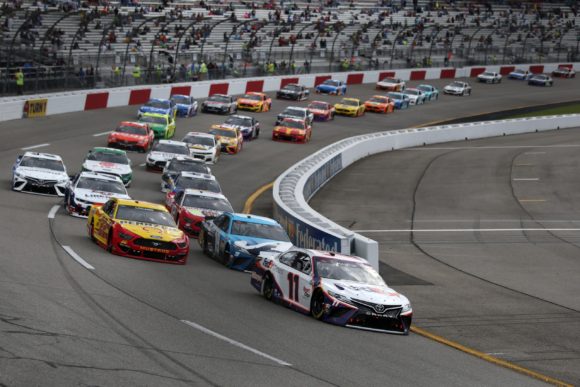 Richmond Raceway also bodes well for the 40-year-old driver. Hamlin led 207 laps on the three-quarter mile layout on his way to a second-place finish back in April. Over the course of his career, he has earned three wins and 14 top-5 results at the facility located in his home state. A career average finishing position of 9th places this track near the top of his list.

And while the Bristol Motor Speedway may not as good as Darlington and Martinsville in terms of average finish(14.7), Hamlin has won there on the high-banked concrete half-mile twice in NASCAR Cup Series competition with one of those victories coming as recently as 2019.

Should Hamlin survive in the Playoffs until the third round, the cutoff race will occur at Martinsville Speedway where he has won five times and has an average finish just inside the top-10. And keep in mind that the veteran driver is no slouch at Phoenix, where the series finale will be held. He has two triumphs and an average finish of 10th in the desert.

Predicting that a driver will pull off the same type of run Tony Stewart did back in 2011 is risky business. However, if any current driver could go from not winning a race through the first 26 events on the schedule to claiming a title, Denny Hamlin would be one of the best bets in the field.