Skip to content
Home NASCAR Features Cup Matt DiBenedetto relies on faith to deal with the stress of racing, life

Matt DiBenedetto relies on faith to deal with the stress of racing, life 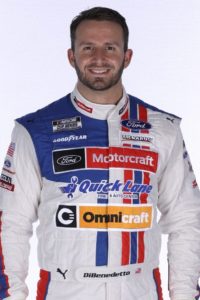 One might think a NASCAR Cup Series driver who is working in the last year of his contract and who is essentially in a must-win situation in terms of making the NASCAR Playoffs would be under a tremendous amount of stress. Add to that, the same driver is in the midst of putting the finishing touches on and moving into a new home which, as anyone who has ever taken on that task knows, is not an easy chore.

Those circumstances describe the current life situation of Matt DiBenedetto. But even with all of those things going on, the 29-year-old driver of the Wood Brothers No. 21 Ford claims not to be a stressed as one might think.

So where does the Grass Valley, California native find solace with so many potentially stressful things taking place in his life?

When asked during a recent NASCAR media availability if he had ever envisioned what his victory lane celebration might look like should that ever occur at the end of a NASCAR Cup Series race, DiBenedetto described how his perspective on both racing and life have changed over the years.

“You know what’s interesting is I’m actually fortunate for a lot of things, but the short version is my whole life I’ve said that winning a Cup was, I thought that would complete my life,” the driver explained. “And that’s everything, just winning a Cup race. That level of desire has not changed one bit but the perspective on it has changed. That would have been an empty feeling if I thought that was what was going to complete my life.”

DiBenedetto’s Christian faith has been most responsible for his new outlook.

“My faith journey, my relationship with God, is what changed my life and that was the biggest victory I ever got,” DiBenedetto claimed. “What I’m getting at, and where that pertains to racing is- to answer your question- is that yes, I used to envision it all the time and I still envision it, but my perspective is different and it actually keeps me a little bit calmer. It gives you a better perspective even when you’re inside of the race car so maybe you’re a little more level headed.”

The driver of the No. 21 reveals how exactly it is that he can remove what some might consider to be overwhelming stress from his life.

“I should, I guess, be extremely stressed, but I’m not,” he declared. “I’ve learned to just focus 100% on the things that are in my control because I have that perspective and level of faith. It directly affects my racing career and all for the positive because I don’t show up to the race track miserable, or grumpy, or pissed off that we’re on the bubble, or we had bad circumstances to start the year, or this or that. It doesn’t change your fight or your drive, and I live for this stuff 24/7. I mean I’m (always) mentally driving race cars.”

DiBenedetto can point to a number of people who helped him bring about his change in perspective. Some of those people were competitors and friends found in the NASCAR garage area and one was inside his own home. 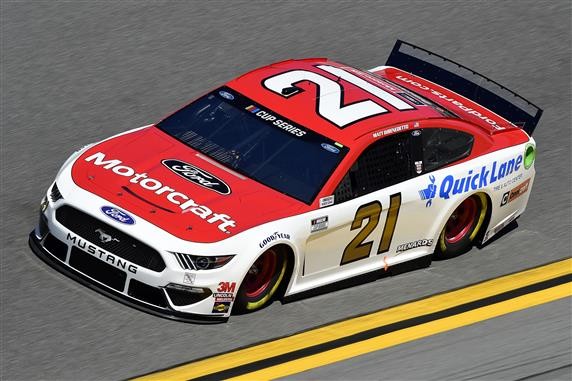 Matt DiBenedetto in the No. 21 Wood Brothers Ford(Photo: Getty Images)

“There were a lot of people in the industry,” he began. “So my wife(Taylor) was one that changed my life because she’s always had strong faith but I was stubborn and I chose to reject it for a long time to be honest with you. Then I started to dig into it, and people within the industry, which is the amazing part. I wish we did more stories because there’s so much that goes on in the industry that’s not heavily talked about. It blows my mind but Michael McDowell was a huge part in changing my entire life, my relationship with my wife, everything. And Aric Almirola, there’s many people, the Motor Racing Outreach at the race track. All of these people were a part in changing my life, people in the industry’s lives, and all of this, which is absolutely incredible.”