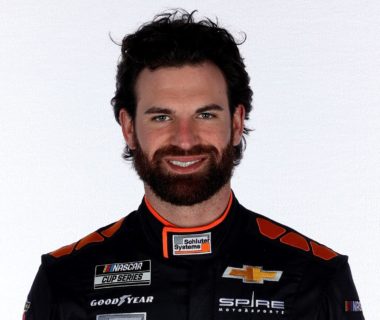 The Nashville Super Speedway isn’t necessarily a new track for NASCAR. The D-shaped oval was first used by the sport’s top sanctioning body in 2001 when it began hosting events for the Xfinity Series and the Camping World Truck Series. However, the facility located just outside the capital city of Tennessee last staged events for those two tours back in 2011.

All of that will change this weekend when each of the three of three top divisions will take to the high-banked 1.33-mile concrete layout for what will be the first time for many of the sport’s competitors. And while it may seem logical to think that every team should roll into what is essentially a new venue on equal footing, that is actually not the case at all.

As is the case everywhere else, powerful organizations such as Hendrick Motorsports, Joe Gibbs Racing, and Team Penske have numerous advantages over their smaller opponents, even on a new track. Or perhaps better said, especially on a new track.

With a staff full of engineers, highly technical simulators, rigs designed to emulate the car riding over the humps and bumps of each track’s unique surface, and a myriad of other tools at their disposal provide untold advantages for the Goliaths over the less well-funded Davids before the cars are ever unloaded off the haulers.

During a media availability this week, Spire Motorsports driver Corey LaJoie addressed the issue of disadvantages faced by teams such as his when a new track is placed on the schedule. The second generation driver whose father(Randy LaJoie) was a champion in what is now called the Xfinity Series does have that resource in his corner, but not very many others.

“It’s definitely not an equalizer,” LaJoie told the media. “It will be my first time seeing the place(as a driver). It will be my first time going around in a real race car so I’ll lean on dad a little bit for some tips. He finished fourth there in the last Busch Series race. When you’ve got Kurt(Busch, Chip Ganassi Racing), Gibbs, and Chase(Briscoe) over there at Stewart-Haas doing tire testing, those guys can look at those notes and figure out a pretty close package to start with.”

Further widening the gap between the haves and the have-nots will be the fact that for one of only eight times during the 2021 season, NASCAR will allow teams to participate in a practice session prior to race day. Those organizations with three or four separate teams within their stables will have the ability to try more types of setups during that allotted practice time than those who bring fewer cars to the track.

“And then, when you’ve got a four-car team and you give those guys the opportunity to practice, they can bring four different packages and figure out real quick which one is better and go to that,” LaJoie remarked. “Being a smaller team with less resources certainly is not going to make it any easier.” 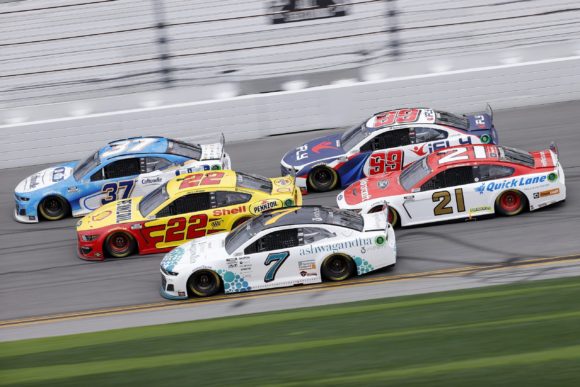 Those teams who are higher up in the pecking order with each manufacturer are often afforded more opportunities than those at the bottom of the rankings.

“I guess I’m just going to run a little bit on iRacing and that’s about the only opportunity we have,” LaJoie explained. “We get zero opportunity on the Chevy sim and stuff like that. I wish I could get some opportunities on the sim, which aren’t going to happen, and that just makes my job harder so we’ll just have to bear down and get after it.”

Just how beneficial are the high-tech simulators when it comes to car setups and learning how to best drive on a particular track?

“I’ve never been on the Chevy sim so I can’t tell,” the 29-year-old driver pointed out. “They utilize it, I mean it’s probably taken up for 16 hours a day so people do get some value out of it. We learned some stuff last year on the Ford sim with the 32(Go Fas Racing) car that we applied in real life so there’s definitely pluses and minuses to it. You can find yourself in left field with a hockey stick pretty quick if you trick the software into doing something that might not apply.”

From the driver’s point of view, the simulators help to prepare each pilot for the nuances of getting around a given race track.

“Generally speaking, you can at least get your brake markers, you can get your balance fairly close, you can get your splitter height a little bit closer than what you would with just a straight up simulation that you could run on a computer model,” he said.

LaJoie closed out by adding that teams such as his always face an uphill battle.

“That’s just the discrepancy between the big teams and the small teams. We’ve got figure how to make our butter knives a little bit sharper when we’re racing against guys with machine guns.”