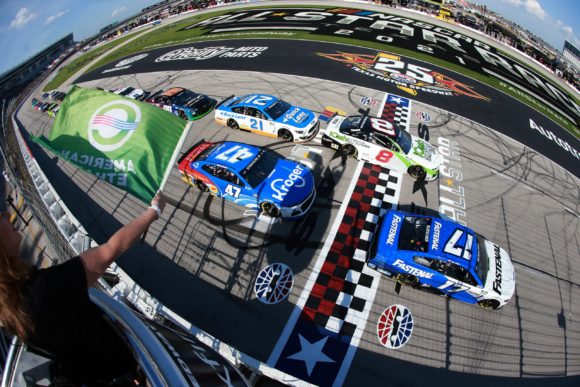 In the grand scheme of things, the NASCAR All-Star Race doesn’t mean very much … unless you happen to be the driver who wins it and collects the $1 million first prize. Beyond that, the other drivers are like those contestants on a game show who don’t win anything and only receive a year’s supply of ‘Rice-A-Roni, the San Francisco Treat’ as a consolation prize.

But there could be an exception to the opening paragraph of this piece.

A driver who has had a lackluster campaign throughout the first half of the NASCAR Cup Series season could perhaps use the All-Star Race as a boost leading into the second half of the year. And more, if that driver happens to be one whose contract may be set to expire at the end of the season, success in this non points-paying exhibition could be a way to demonstrate to sponsors, current car owners, or potential car owners that more time of the sport’s top level would be justified.

At least four drivers entered the All-Star race held this past Sunday at the Texas Motor Speedway were in need of that very sort of run. And while there were bright spots for each of the three, none did enough to cause a big swing in momentum or to turn the heads of those whose heads might have needed to be turned. Aric Almirola, Matt DiBenedetto, Ross Chastain, and Ricky Stenhouse Jr. are four Cup Series drivers whose futures beyond the 2021 season may be a bit clouded.

While a poor All-Star outing most likely won’t hurt their future hopes, a great effort could have helped.

Aric Almirola‘s 2021 season has been overwhelmed with bad luck which has resulted in a number of poor showings. The Stewart-Haas Racing driver has scored on one top-10 finish so far this year coming off of a 2020 season in which he earned 18 such finishes. Ten finishes outside the top-20(including the last six races) have buried this driver back in the 28th position of the NASCAR Cup Series standings.

But there were a couple of bright spots on Sunday in Fort Worth. The No. 10 Ford crossed the finish line first to win the All-Star Open and gain entry into the All-Star Race itself. Once there, Almirola steered his way through the madness of the final laps to come home in the 8th position in the final rundown.

The Jayski.com website reports that Almirola’s contract likely ends at the end of the current season.

Like so many other drivers in just about any form of motorsports, his status with SHR or any other team will likely depend on funding. Smithfield Foods has been a longtime supporter of the two-time Cup Series winner and if they want to continue funding his racing efforts, Almirola will have a seat somewhere. But “winning” the All-Star Open after two other drivers had already advanced out of that race then finishing the big show in 8th is probably not enough either spur momentum for the second half of the season or assure a ride beyond the current season without sponsorship commitments.

Matt DiBenedetto is in the unique position of being a very popular driver, as was demonstrated when he won the fan vote after failing to advance out of the All-Star Open into the actual All-Star Race. A driver’s popularity may not be the final determinant with potential teams and sponsors, but it never hurts.

The driver then parlayed that admission into the All-Star Race to a 17th place finish.

That said, DiBenedetto’s 2021 has not by any means been a complete disaster but it hasn’t necessarily been good enough to guarantee a contract extension with his current Wood Brothers Racing team or a new ride with another team either.

The No. 21 Ford was in position to win going into the final lap at Talladega but ultimately settled for a 5th place result. That solid effort was followed immediately by a 4th at Kansas Speedway. The season began with three consecutive finishes of 28th or worse. However, nine straight races inside the top-20 lifted this driver in the standings but that string has been interrupted by three finishes out of the last four races outside the top-20.

It is already known that reigning NASCAR Xfinity Series champion Austin Cindric will move up within the Team Penske organization in 2022. With the Wood Brothers operating as basically a satellite team for that company, DiBenedetto may find himself pushed out of the seat in the the 21 car. However, it is widely believed that Penske driver Brad Keselowski will be leaving to take on a driver role as well as a stake in ownership with Roush-Fenway Racing. If that does prove to the case, a shuffle of the driver lineup could play in DiBenedetto’s favor but better results in the season’s second half would seem to be essential.

Ross Chastain is believed to be on a one year deal with Chip Ganassi Racing making it imperative that he perform well in 2021. And he did do that in the Open by winning the first segment to advance to the All-Star Race. However, that effort did not go so well as he eventually finished 18th after being involved in a mishap.

While winning the first stage of the preliminary race was important, a bigger splash in the main event would have served this driver even better by providing at least some negotiating leverage with CGR or another team as the season winds down.

Throughout most of the season to date, the No. 42 Chevrolet has essentially been a 15th place car. However, the occasional poor finish such as a 39th at the Daytona Road course, a 35th on the dirt covered surface of the Bristol Motor Speedway, and a 37th in the Coca-Cola 600 have left him outside the NASCAR Playoffs picture in the 20th overall spot of the NASCAR Cup Series standings.

One thing that could aid Chastain going forward is that many seem to believe Kurt Busch will be parting ways with CGR at season’s end. For the sake of stability, that organization might be in favor of keeping at least one of its drivers in the fold for 2022.

Like the drivers mentioned above, it all comes down to sponsorship and who any potential sponsors might want. A run good enough to warrant a post-race interview in the All-Star Race might have helped. But over the course of the second half of the season, it is likely that this driver needs to do more than he has so far. 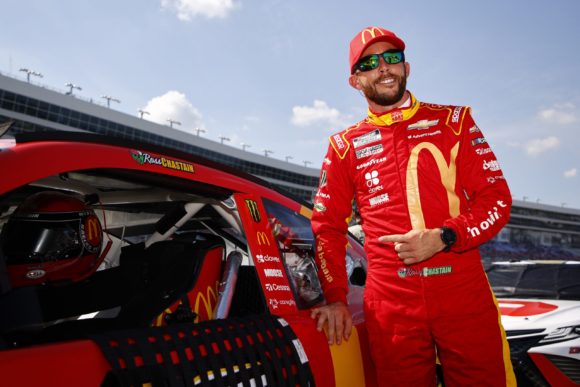 Ricky Stenhouse Jr. did not have the All-Star Open he was hoping after being shuffled back early then getting involved in a tangle with Chris Buescher leaving him to finish that race in 9th and not transferring to the primary race.

Stenhouse drives the only JTG-Daugherty Racing team with a charter as their No. 37 driven by Ryan Preece does not have one. That said, the production for the No. 47 Chevrolet hasn’t been good enough to have this team in the NASCAR Playoffs mix. Apart from a second-place run on the dirt in Bristol, there have no other top-10 finishes in 2021.

In his favor, like Almirola, when it comes to securing an extension to his contract with his current team or landing in another situation is that Stenhouse has won races at the Cup level. In 2017, he won at both Daytona and Talladega while driving for Roush-Fenway Racing. And at the age of 33 he should be reaching that point in which he has the right mix of experience and talent to still allow for some productive years.

In this case, however, the status of his team and whether they want to add to their number of charters, stay as they are, or sell the charter they have in a year in which it looks as if those rights may fetch a high price could play a major role in deciding what becomes of Stenhouse.

It is not likely that the results of the All-Star Race are going to save or ruin any driver’s career. But one positive thing this race could do for a driver other than the winner is to provide some momentum or create some buzz that might lead to a deal for the next season and beyond. However, the weekend in sweltering Texas did not appear to provide either of those things for the four drivers named above.