Skip to content
Home NASCAR Blogs Does it take winning a championship to make a driver’s season “great”?

Does it take winning a championship to make a driver’s season “great”? 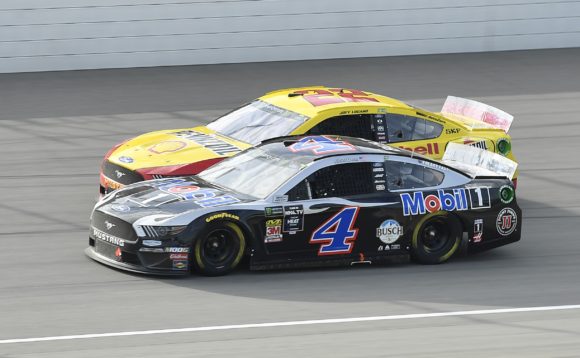 Who had the better season in 2018- Joey Logano or Kevin Harvick?(Photo: Getty Images)

Among Joey Logano, Kevin Harvick and Kyle Busch, who had the better season in 2018?

Logano ultimately won the NASCAR Cup Series championship in that year after scoring three victories throughout the season. Harvick and Busch finished third and fourth respectively in the final rundown but each won eight races over the course of the campaign. But in the end, it was Logano and his Team Penske No. 22 Ford who prevailed in the series finale at Homestead-Miami Speedway to claim the title.

Of Logano’s three wins in 2018, two of them were very well timed as he won at Martinsville in the ‘Round of 8’ to secure a place in the Championship 4 then triumphed in the championship-deciding 36th race of the season which resulted in him being handed the big trophy.

With the system in use today for determining the NASCAR Cup Series champion, there is a degree of randomness involved. Like Logano, Chase Elliott never appeared to be dominant during the 2020 season but eventually would claim the title after he won the final two races of the year. Harvick and Denny Hamlin did have dominant stretches during the season winning nine and seven races respectively but fell short of the ultimate goal.

Elliott did earn five checkered flags in 2020 so the contrast between his accomplishments and those of the two winningest drivers is not as great as was the case in 2018.

Perhaps the most striking example for the purpose of discussing whether or not a championship trumps all else could be from 2003. Eventual champion Matt Kenseth put together a remarkably consistent campaign but won only once over the course of the 36-race schedule while Ryan Newman collected eight winner’s trophies but only managed an 8th place finish in the final standings. So who had the better season that year, Kenseth or Newman?

That 2003 season would eventually lead to the creation by NASCAR of the Chase for the Championship and ultimately the NASCAR Playoffs.

So then, fast forward to 2021. As was demonstrated recently on this site, Kyle Larson could very well be on pace to have a historic season when all is said and done. His number of laps led and his stage win totals are already reaching near record territory. Based the current streak of domination by the Hendrick Motorsports No. 5 car, a 10-win season is not inconceivable. 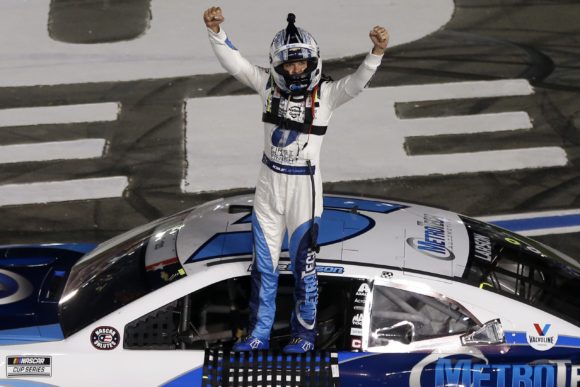 Can Kyle Larson have a great 2021 season without winning the championship?(Photo: Getty Images)

What if all of those things do indeed happen- laps led record, stage wins record, and double-digit wins- but Larson doesn’t win the championship just because another driver scores a couple of timely wins? Would his 2021 season still be considered as great? Would the driver who was completely dominated all year but managed to steal the championship by winning the finale in Phoenix have had a great season?

The somewhat random nature of NASCAR’s playoff system does provide the opportunity, as was shown last year and in 2018, for an otherwise dominant driver to lose the overall championship. As a result, those who follow the sport have had to redefine exactly what determines a “great” season.

Championships used to play a major role in creating a driver’s legacy in NASCAR. Today, I’m not so sure that’s true.