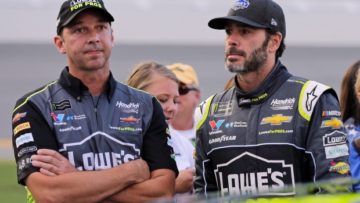 Any discussion of the greatest crew chiefs in NASCAR history must include the name Chad Knaus. The pit boss is best known as the leader of the No. 48 Hendrick Motorsports team that piled up race wins and championships with driver Jimmie Johnson. Now, however, the 49-year-old from Rockford, Ill. has a new role with the organization at which he has spent most of his career in racing.

After a stint in which he served as crew chief for young William Byron, Knaus stepped down from the pit box late in 2020 to assume the role of vice president of competition at HMS.

After two seasons of struggling, by their lofty standards, Hendrick Motorsports is in the midst of a revival that began late last season. And Knaus finds himself in the middle of that upswing.

“It’s hard for me to know exactly my contribution,” Knaus said during a recent NASCAR media appearance. “You would probably have to ask people who are working with me and alongside me that question. I can tell you that we’ve been working really hard since the middle of last year as an organization to get flipped, to get our performance to where we needed it, because we weren’t where we needed to be in the middle of last year and that wasn’t a happy place for anybody at Hendrick Motorsports.”

Knaus explained that the organization decided to rededicate itself in order to return to the level of prominence it has enjoyed throughout most of its history. Those efforts paid immediate dividends as Chase Elliott scored consecutive wins to end the 2020 season and secure another championship trophy for the company based near Charlotte Motor Speedway.

“We decided at that point as a company that we were going to put our heads down and dig and get to work and right the ship,” Knaus recalled. “By the end of the season we were fortunate enough to get out there and win a couple of races in a row and pull off the championship in pretty dominating fashion with the 9 car. I think that we’ve been going down this path for a while.”

Knaus deflects much of the credit for the turnaround that has accelerated during the first third of the 2021 campaign to crew chiefs Rudy Fugle, Cliff Daniels, Alan Gustsafson, and Greg Ives as well as drivers Chase Elliott, Alex Bowman, William Byron, and newcomer Kyle Larson.

To this point in the season, all four of the Hendrick teams have won races and the organization’s revival was highlighted two weekends ago at Dover when their cars finished in the first four positions. Those results have all but assured HMS of four spots in the NASCAR Playoffs.

“Have I helped?” Knaus asked rhetorically. “I hope so. If I haven’t I probably won’t keep this job very long. I think that we as an organization have really put our heads down, we’ve focused on performance and we’ve focused on teamwork and with working with one another. To be able to bring in an amazing crew chief like Rudy Fugle to work alongside Cliff, and Alan, and Greg was a huge asset and a huge boost to our company. Then you bring in an amazing driver like Kyle Larson and put him alongside our other drivers that we’ve had and been growing here at the company and you’ve got a pretty good army of folks to go to the race track with.”

According to the vice president, all aspects of HMS are clicking.

“I think that’s what you’re seeing, you’re seeing a lot of the fruit from the labor and the effort that these guys and our teams and everybody at Hendrick Motorsports have been putting out there,” Knaus declared. “Our pit crews are knocking off really good pit stops consistently, which is great. There’s a lot of things that are going right that were months in the works, and hopefully, we’ve got more to come.” 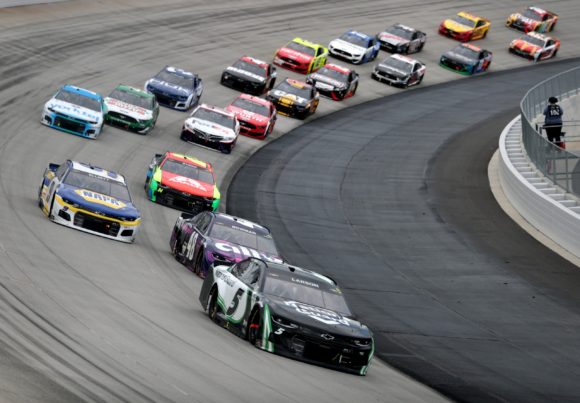 Even with all the effort, Knaus did not foresee the kind of success Hendrick Motorsports has experienced in the first 14 races on the NASCAR Cup Series schedule.

“I’ll be honest with you, I hoped we would,” Knaus offered. “But the expectation? No, I didn’t expect it. I felt like we would come out, I felt like we would run competitive. Obviously, there’s key races that I kind of had circled that I thought we would run really well at- speedways, road courses, some intermediates. I felt like Richmond was going to be a struggle for us but we were ultimately able to get the win with the 48 car. So no, I didn’t expect it to be at this level, but I’m very thankful.”

Knaus then pointed back to his organization’s efforts and team work.

“It just shows the hard work and the dedication of the folks working at Hendrick Motorsports and how the never quit attitude has risen to the top. Everybody’s digging in deep, the crew chiefs are communicating at such an amazing level, they’re having conversations as opposed to just data driven and data transfers. It’s really an interesting time right now at Hendrick Motorsports.”