Mike Marlar explains the challenges and fulfillment of racing in NASCAR 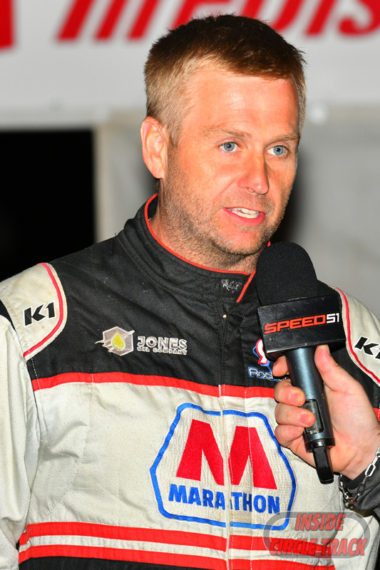 For the second time in his career, Mike Marlar parlayed his racing skills into a NASCAR opportunity on dirt. The Winfield, TN native scored a top-5 finish in the Eldora Dirt Derby at Ohio’s Eldora Speedway back in 2019 driving a Camping World Truck Series entry for Josh Reaume. Two weekends ago, the 43-year-old driver not only competed in the NCWTS event at the Bristol Motor Speedway but also made his first start in the NASCAR Cup Series main event on his home state track.

Marlar has also made one NASCAR start on pavement when he took the green flag in an Xfinity Series race at Richmond Raceway in 2019.

With the scheduled heat races for the Pinty’s Truck Race on Dirt eliminated due to weather and track conditions, Marlar started his Timmy Hill-owned No. 56 Toyota from the 38th position at Bristol and ultimately finished 28th in the 150-lap race that had to be pushed from Saturday to Monday because of rain.

The 2018 World of Outlaws Morton Buildings Late Model Series champion then climbed into his Carl Long-owned Cup Series ride for the 250-lap Food City Dirt Race. As had been the case for the trucks, heat races intended to set the starting lineup for the Cup Series affair had to be cancelled which placed Marlar 38th on that starting grid.

After a solid day which saw him running ahead of the likes of Kyle Larson, Christopher Bell, Aric Almirola and Ross Chastain, Marlar encountered trouble near the end of the day in the Cup race and ultimately finished 31st in the final rundown.

So what was it like for a veteran of so many Dirt Late Model and Modified races to get the ‘Drivers, start your engines!’ command for his first NASCAR Cup Series event?

“It was pretty cool,” Marlar stated in an interview with InsideCircleTrack.com. “There were a lot of things involved that we don’t have in dirt racing so there are a lot of things to have your mind on at the start. But it was cool to get to do it and it was kind of a surreal thing for sure.”

Once the race was underway, the driving style needed for the cars prepared for NASCAR competition that weigh in at almost 1,000 pounds more than a Dirt Late Model proved to be significant. The two-time winner of the prestigious Knoxville Late Model Nationals points out that the differences are readily noticed.

“You’ve got to be way more precise about your driving in it than in lighter cars,” Marlar explained. “It weighs so much that if you ever make a bobble and get it sliding, it’s really hard to get it back under you. Another thing about them is that you’ve kind of got what you got. In our cars(Late Models), we can change lines and change how we’re driving them and make a big speed difference, but a big heavy car like that goes as fast as it goes. You don’t have a whole lot of control in making it do things it don’t want to do.” 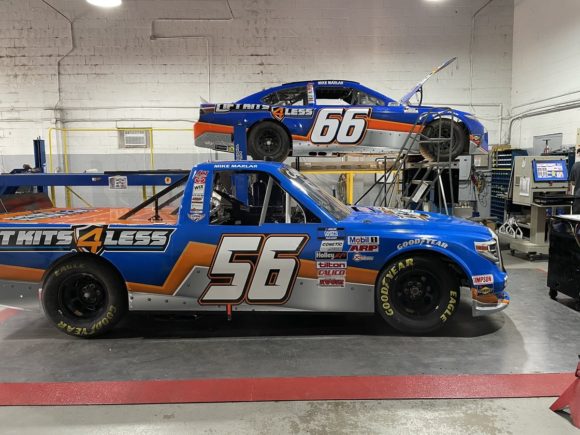 Because of the rainouts on both Saturday and Sunday, the Camping World Truck Series race and the Cup Series races were both run on Monday. That meant a total of 400 laps lay in front of Marlar at the beginning of the day. With even the biggest Dirt Late Model races lasting no more than 100 laps, the driver had his concerns at first.

“It was,” Marlar replied when asked if running both races on Monday made for a long day. “I was concerned that I might be able to handle the distance all that well not being used to racing that many laps, but it really wasn’t that bad. I was fine as far as I wasn’t really tired or anything like that. The biggest bummer there was I wanted to make all 400 of them but I blew my right rear tire with four to go and I didn’t get to finish the Cup race.”

Getting a car or truck that races in NASCAR ready to roll onto the starting grid is a significantly different process than is the case for a Dirt Late Model.

For instance, after the few laps of heat racing the trucks were able to get in, Marlar realized that one adjustment they had made for the Cup car would not be for the best. When the trucks came to pit road when the track was deemed un-raceable on Saturday, the driver radioed to his truck crew chief that he wanted the Cup crew chief to make a change. However, he was told that was not possible because the car had already cleared pre-race technical inspection and could not be touched. That is rarely the case in dirt racing.

“I wanted them to change the brakes,” Marlar recalled. “We had done something with the brakes and I realized it wasn’t going to be a good idea and I wanted to undo that and couldn’t. Yeah, there’s a lot of rules and procedures and it takes a lot of pre-thought-out stuff. The big teams that have a lot of data and the simulation programs to set them all up. You think you get an hour of practice and that’s a lot, but it really flies by. It’s hard to get much done. Those things are kind of hard to work on so you’ve got what you’ve got when you start. It was fun but it was definitely a lot of procedures though.”

There is such a difference between the NASCAR side of things and the dirt racing approach that Marlar does not believe there is much translation between the two.

“I didn’t really see anything there that would help me here,” he pointed out prior to a dirt race at Tazewell Speedway. “Our sport has evolved from its creation to what it is now and evolution usually comes up with the best way to do things. I think they’ve done the same thing. They’ve just evolved to what they are. What we’re doing works good for what we do and what they’re doing works good for what they do. They just have a real complicated set of rules that it takes a lot more preparation for.” 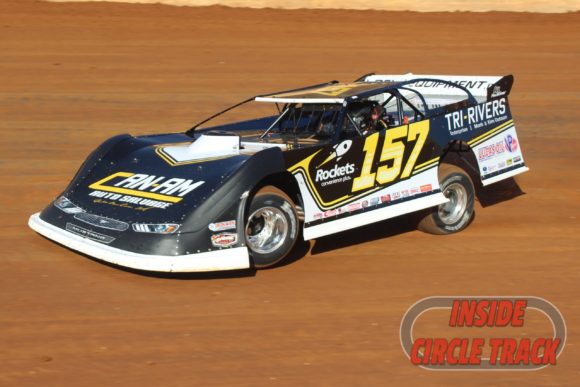 Mike Marlar in his Dirt Late Model at Tazewell Speedway

In terms of the competition in NASCAR, the accomplished dirt racer has respect for what his counterparts in that form of motorsports do.