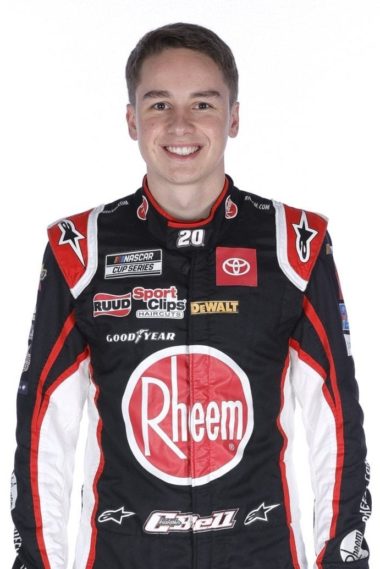 Christopher Bell came to the NASCAR Cup Series with as much fanfare as any rookie driver in recent memory. However, the 2020 season spent in the Leavine Family Racing Toyota did not pan as many had thought it would. The driver who had amassed 16 career wins in the NASCAR Xfinity Series during the early part of his career was only able to manage a 20th place result in the final standings in the No. 95 car with no wins and only seven top-10 finishes.

But for his second full season at the NASCAR Cup Series level, the 26-year-old racer occupies the seat of the Joe Gibbs Racing No. 20 car. And to some degree, the results have spoken for themselves. Bell scored a win in only his second start with that organization when he took the checkered flag on the road course at the Daytona International Speedway. At the same time, however, there has been some disappointment as the Norman, OK driver has finished outside the top-15 a total of five times.

“It’s been a great, not great,” Bell reconsidered during his recent media availability appearance. “I’m going to use my words carefully here, it’s been a good ten-race stretch. I’ve been able to pick up that first win, which was huge, but we’ve lacked a little bit of consistency, so hopefully, we can pick that up going forward into the latter half of the regular season. It’s been fun to be competitive.”

According to Bell, there has been a common thread in the races in which has run well. Top-10 runs at Martinsville and Richmond were events in which NASCAR’s low downforce package was employed. While the high downforce package produced a good run in Las Vegas, it also produced poor results at Homestead and Atlanta for this team.

“Martinsville was a great showing, Richmond was a great showing so we’ve had really good speed within the last couple of weeks,” Bell pointed out. “Talladega is kind of a crapshoot so I’m excited to get back to Kansas to the high downforce package which we’ve been really up and down with. It seems like the low downforce package has been really good for us but hopefully we can keep building on that and have a great weekend this week.”

With a win already earned, Bell and his team are in the process of preparing to make a deep playoff run. And that run will be made possible if they are able to improve upon their weaknesses while maintaining their strengths.

“The early part of the season is all about getting prepared for the playoffs,” he explained. ‘Luckily we’ve been able to win a race and get locked in so that was really good. One thing I’ve been really happy with is our speed with the low downforce package and that’s important come Phoenix time because that’s what you’re going to be racing for the championship with. Last year with the 95 group, the low downforce package was a weak link for us so that’s been rewarding to build on that and make it our strong suit this year. The high downforce has been hit or miss for us but we’re focused on trying to get that better and build on that.”

Bell admits, however, that he does not necessarily focus on the standings on a weekly basis. That said, though, he does realize that he missed an opportunity to score more points in one event this season.

“I don’t really look at the points weekly,” he declared. “I was really bummed after Bristol(34th) because I gave up a lot of points in that race. Obviously, I’d be a lot higher in the standings if I hadn’t made that mistake that cost us. I try not to focus on the points but go out there and do my job. It’s a lot of fun to be competitive week in and week out. I’m really glad to be where I’m at with Joe Gibbs Racing. Hopefully we can keep running strong and keep building. After last year going into this year if you had told me I’d be sitting tenth in points, I’d be really happy. But now here I am tenth in points and we have capability for so much more. We just want to continue to grow and try to keep getting better.” 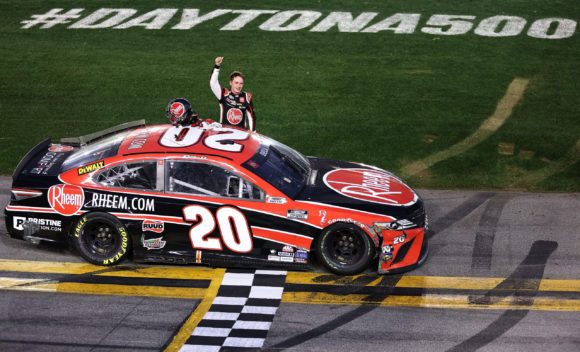 Christopher Bell drove the No. 20 Toyota to a win on the road course at Daytona(Photo: Getty Images)

One thing the three-time winner of the Chili Bowl Nationals winner has in his favor is two-time NASCAR Cup Series championship winning crew chief Adam Stevens making the calls for his team atop the pit box.

“It’s been up and down,” Bell said of his emerging relationship with his new team leader. “It was definitely off to a good start at the Daytona Road Course picking up the win. We’ve had some really great Camrys over the course of our ten races. I look at the Daytona Road Course, at Phoenix we were strong then at Richmond and Martinsville we were really good as well. One thing about all of those races was the little spoiler. Then you look at the races like Vegas, we were competitive but not really a contending car. And you look at Atlanta and Homestead and it was a little bit all over the map. At Vegas we were okay but the other two we struggled. We’ve had our good races and our bad races and we’re building our notebook.”

Bell realizes everything is set up for him to be successful going forward in his career. It’s now time for the young driver to prove that he is worthy of the hype that came with him to the sport’s top level. And he can do that by developing more consistency as the regular season plays out.

“I hope we’re on the right path. I’m at Joe Gibbs Racing now which is a championship caliber team. I’ve got a two-time championship crew chief in Adam Stevens. We have championship caliber mechanics and engineers around him. I feel like I’ve got the entire group around me to make the 20 group a championship team and hopefully the more me and Adam gel and the more races I get under my belt, hopefully we’re able to get there. That’s the end goal. I feel like we’ve got all the right pieces to the puzzle, we just need time, we need races. We need to continue to get me and Adam on the same page. Hopefully less Homesteads and Atlantas and more Richmonds and Daytona Road Courses.”