The Daytona Duels have outlived their original purpose 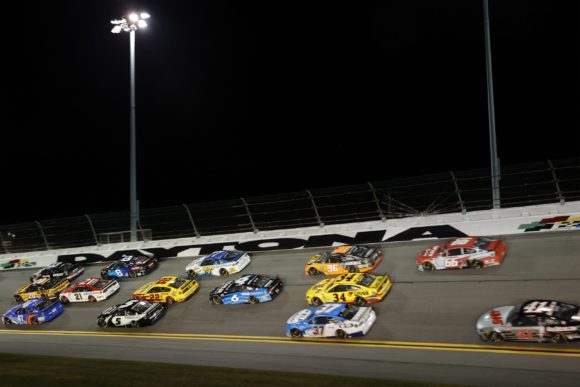 Only one driver would race his way into the Daytona 500 from each Duel(Photo: Getty Images)

To be clear, having racing to watch is far better than not having racing to watch. That said, however, the Daytona Duel races traditionally held on the Thursday prior to the Daytona 500 and used to set the starting lineup for the ‘Great American Race’ don’t hold the significance they were originally intended to hold. So in terms of being an important part of the SpeedWeeks program, these races have really outlived their original purpose.

Years ago, the top-14 or top-15 finishers(depending on the finishing position of the two drivers who earned front row starting positions in time-trials) in each Duel earned a spot in the main event. After that, a certain number of drivers who might have had poor runs in their Duel were invited into the Daytona 500 based on their speed in qualifying. Those who did not get in through that format simply did not make the race unless they held a series provisional.

That is not the case now. The charter system, which basically allows teams to buy places in each race, does away with the idea of making each NASCAR Cup Series race on the merits of qualifying, and that includes the sport’s biggest event.

For all intents and purposes, the Daytona Duels have morphed into little more than glorified practice sessions as drivers work among those who drive the same brand of car with very few actually having to race their way into the Daytona 500. With the vast majority of the teams knowing they will be in Sunday’s race before they ever leave their shops due to the aforementioned charter system, the only real thing on the line is the matter of which row each car will line up in for the pace laps.

And with the drafting and pack racing that occurs on a track such as Daytona International Speedway, starting position in a 500-mile race means little.

On Thursday night, two races ran for 60 laps to basically determine that two cars would make the starting lineup for the Daytona 500. Fully 36 drivers in those two races knew they would make the big show because their teams held charters while two others earned starting berths as a result of qualifying speeds. The two fastest cars not holding a charter were also certain of making the show even if they did not finish ahead of the other non-chartered cars.

There’s no arguing that both of the 2021 Duels had thrilling finishes with a large pack roaring to the finish line. But spending 59 laps to get to that final circuit could be held in question. The first of the two Duels featured long stretches of in-line running. However, the second race did have more two and three-wide racing along the way with a couple of crashes mixed in. But the quality of the racing is not really in question here.

As stated before, there were so few open positions available that the drama of who would get in was greatly reduced. As a matter of fact, only one position was up for grabs in terms of racing into the 500 in each Duel. Television did its best to manufacture stories related to which non charter driver would make the field. No big star making the Daytona 500 was ever in question.

Make no mistake, racing on the Thursday prior to the Daytona 500 should always remain a part of SpeedWeeks. But the idea that these races are about getting into the big race has outlived its purpose. It may be time for a rebranding of the product.

While the two races can still determine the starting lineup and those couple of open spots for the Daytona 500, some other incentive for drivers to race and fans to watch could be added. Offer a winner-take-all purse of $100,000 or more in each race or some other incentive to race apart from a starting position. Or perhaps a starting position is simply enough as teams might not want any more reason to destroy equipment.

Ultimately, the point is that these races are not so much about making the Daytona 500 as they are about testing, manufacture partners working together, or just making sure the car is ready for competition in the race that matters. Nonetheless, it’s probably time for a rebranding of these Thursday races.