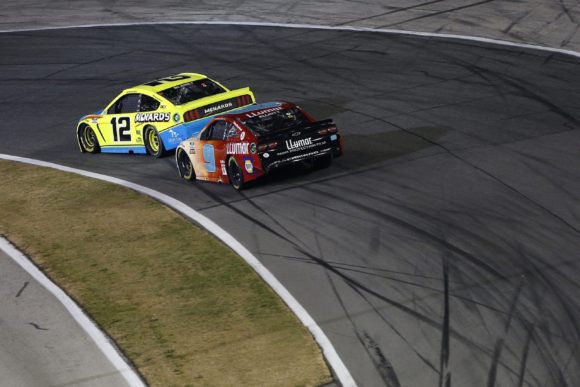 Ryan Blaney(12) and Chase Elliott(9) fight for the lead in the Busch Clash(Photo: Getty Images)

All’s fair in love and war … and on the last lap of a season opening NASCAR Cup Series exhibition race. On top of that, friendships don’t matter when it come to going for a win with big money and no points on the line.

Good buddies Ryan Blaney and Chase Elliott were running first and second on the 35th and final lap of the Busch Clash at the Daytona International Speedway road course on Tuesday evening. As the two cars entered the final chicane with the checkered flag in sight, the second running Hendrick Motorsports car of Elliott closed quickly on the Team Penske ride of Blaney. The No. 9 Chevrolet dove to the inside as the No. 12 Ford moved to counter. The cars banged off each other and Blaney went spinning into the outside wall at the exit of the final turn while Elliott slowed to avoid further contact.

Third-running Kyle Busch was able to maintain his momentum and steer his No. 18 Joe Gibbs Racing Toyota through the melee and win the race to the finish line leaving the two cars that had been running in front of him in his wake.

After the race, the two primary combatants shared their initial reactions with FS1 reporters.

“Neither one of us won, that’s the big thing,” Elliott bemoaned. “I was close enough to drive it in there. I feel like I’d be mad at myself for at least not trying. Obviously, I don’t mean to wreck anybody, especially him. Some guys I wouldn’t mind. Hopefully he’s not too mad at me.”

Blaney shared his buddy’s thoughts when told that Elliott had stated his regret. He admitted that he had punished his car to catch Elliott in the closing laps.

“I hate it happened too,” Blaney declared. “It didn’t work out for either of us. We were just racing hard. I had a little bit fresher tires there, we saved a set. I got back to second there, this car was really good. I had to use it up a lot to get to him.”

Despite the contact with his friend, however, Elliott did not fully regret his attempt in a race in which winning is the only thing that matters.

“I feel like you’ve got to go for it here in an event like this,” the defending NASCAR Cup Series champion pointed out. “I can’t be sorry about going for the win, but I certainly didn’t mean to wreck him. I drove in there, and yeah, that corner gets so tight. I didn’t want to completely jump the curb to the right but at that point, we were coming together.”

Blaney felt like he had done all he could to give himself and his team a shot at victory. But he is optimistic for when the series returns to this same track for a points-paying race on February 21st.

“I tried to protect and I drove into the last corner really deep to try to make sure I didn’t get dive-bombed like that and we just came together there,” Blaney recounted. “What are you going to do? We learned something for next week, I think.”

In the end, the contact between the two friends handed the race win to the opportunistic Busch. 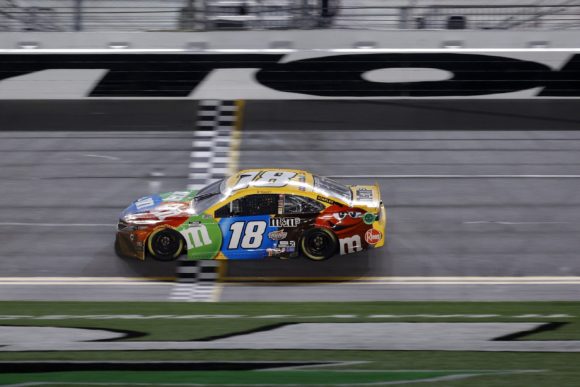 “I just knew to keep my head down, keep focused ahead and just seeing if I could hit my marks and get close enough to have a shot if something like that were to materialize. Fortunately it did for us.”

In the end, race car drivers are not supposed to be on the track so that they can look after their friends. That serves to benefit no one. In particular, a driver’s team and fans get nothing from settling for a lesser position just because the two guys in question like each other.

Neither Ryan Blaney nor Chase Elliott liked the final outcome, but both were doing exactly what racers are supposed to do in that situation, going for the win.