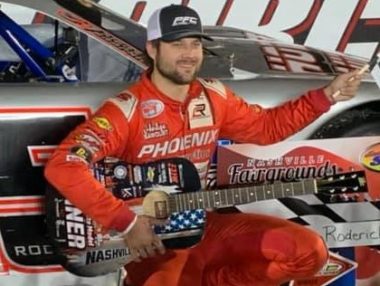 This is the second of a two part story from an interview conducted with Casey Roderick following his win in the All-American 400.

In only his fifth start driving for his own team, Casey Roderick captured one of the most prized races in the world of pavement Super Late Model competition when he won the All-American 400 at Nashville Fairgrounds Speedway in November. And now, the Lawrenceville, GA driver hopes to carry that momentum into the biggest event on the pavement short track racing calendar when he competes in the Snowball Derby on December 6th at the Five Flags Speedway.

The 28-year-old racer knows his way around the Pensacola, FL facility. He is currently riding a streak of four consecutive top-10 finishes in the Snowball Derby. But Roderick hopes for even more in the 53rd running of the historic race.

“We’ve led laps in all four of those races,” Roderick recalled of the top-10 finishes achieved between 2016 and 2019 in an interview with InsideCircleTrack.com. “That’s another thing, I feel like I should already have a couple of Snowball wins and a couple of All-American wins if things had wound up the way they should have at the end of the race.”

If previous mistakes can be corrected, the Casey Roderick Motorsports racer believes his team can secure its second crown jewel victory.

“A lot of it has been because of pit strategy, missing the pit opening on the lap it opened and then I’m stuck out there having to pit the next lap and start at the rear,” he pointed out. “Those few mistakes right there have cost us some wins. We had a mistake-free race in the All-American 400, we did everything we were supposed to do and that’s been the first year that really happened so I’m proud for that, being my own program. We’re going to continue that on for the Derby, hopefully.”

An important aspect of the Snowball Derby comes on Friday night when competitors take to the track for the most pressure-packed qualifying session of the pavement Super Late Model season. The top-30 out of what will likely be as many as 60 cars will be locked into the main event while others will have to run a last chance race in hopes of making the 36-car starting lineup.

But Roderick looks at that night in a different way. He relishes the positive feeling that comes when the night is over and a spot in the race has been secured.

“That’s it, but it’s also a good feeling,” Roderick said. “You’re down there for the biggest race of the year. That Friday night is probably the best night of the whole week, even over Sunday. I don’t know, there’s just something about Friday night qualifying. It’s just a cool event for the fans to see and to be a part of it as a racer trying to qualify in for the Snowball Derby is pretty cool.” 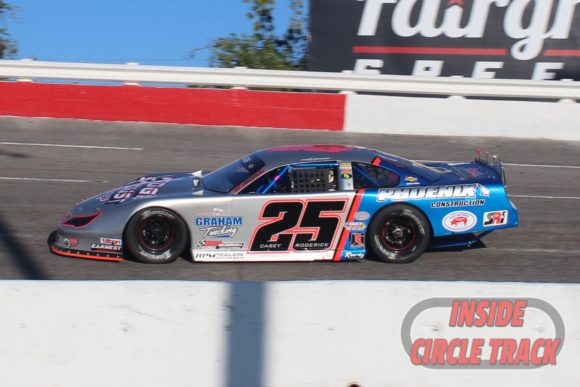 The driver expects to do well because Five Flags Speedway fits his style.

“Absolutely,” Roderick insisted. “I love Five Flags, it’s one of the marquee tracks in the country, especially for this event. The atmosphere for the Snowball Derby is like no other. I’m looking forward to getting down there and spending the entire week at the track and just enjoying it, let it all soak in, and have a good time with it instead of putting a lot of pressure on myself. I just told my guys I want to go have fun. We’re there for business but we’re also going to have some fun. I’ve enjoyed the last few years of running good and all but the joy hasn’t really been there like it should and that’s what I’m wanting to accomplish this week.”