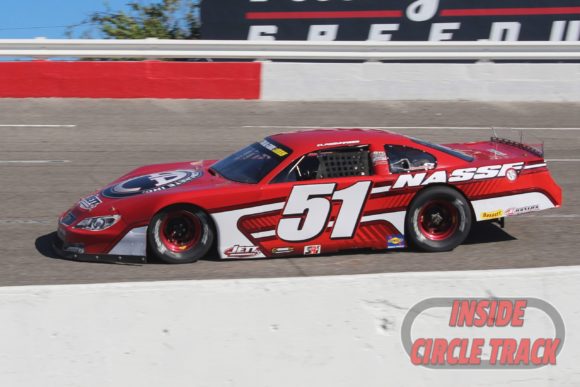 Stephen Nasse was the Pro Late Model winner on Sunday

Stephen Nasse entered Sunday afternoon at the Nashville Fairgrounds Speedway hoping to score wins in both the Pro Late Model and the All-American 400 event for Super Late Model cars. In the day’s opener, the Pinellas Park, FL driver accomplished half of that mission by earning a coveted guitar trophy and the $5,000 paycheck for winning the Pro Late Model feature.

Ivey took the lead early on with Bolden, Wright, Nasse and Fetcho trailing. Nasse immediately went to work as he passed by Bolden for third on lap 6. He then moved around Wright to grab second on lap 10.

The top-3 of Bolden, Nasse and Bolden had broken away from the rest of the pack on lap 14. Just one lap later, Nasse wrested the lead away from Bolden while Wright also moved up by taking second from Bolden.

Nasse began to slip away from his Bolden and Wright. At the same time, Derek Thorn began to move forward as he had moved into the sixth spot by lap 30. Following a lap 31 caution, Thorn bolted up to fourth as Nasse continued to show the way at the front of the field.

A lap 50 restart again provided Thorn with an opportunity to improve his position and he did exactly that. The driver who would later lead the majority of the All-American 400 before a crash ended his chances for a win, moved into the runner-up position and looked to challenge Nasse for the lead of the race.

Thorn took the lead on a lap 57 restart but surrendered the position after a lap 65 restart. Eventually, Thorn would be eliminated from competition when his car stalled on the backstretch on lap 93. When the racing action resumed, House pulled into second and kept pace with Nasse but was never able to make a move that would put him in front.

Ultimately, Nasse claimed the win before driving to a third place finish in the All-American 400. 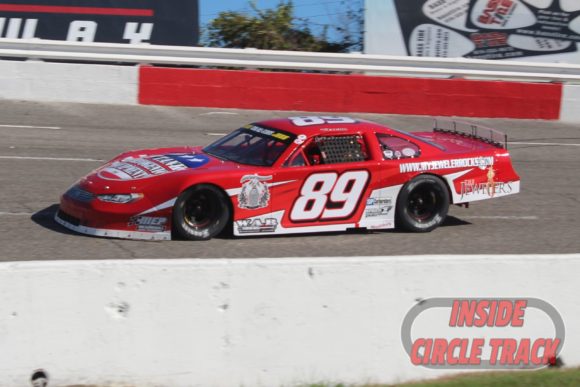 Dylan Fetcho was the 2020 track champion at Fairgrounds Speedway