Harvick exclusion shows folly of the system … or the greatness 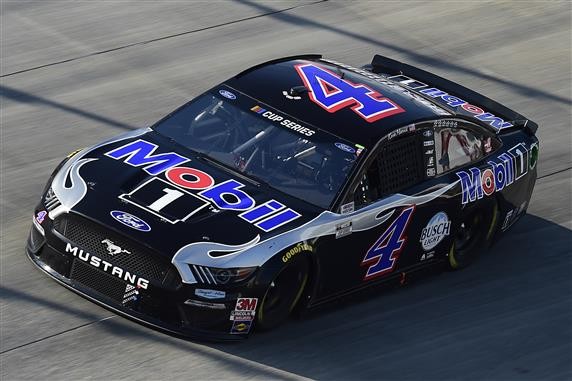 Kevin Harvick did not make the Championship 4 despite 9 wins(Photo: Getty Images)

I’m old enough that I have clear memories of every championship-determining system that NASCAR has used during its modern era from the season-long compilation of points to the current NASCAR Playoffs. Each has had its merits and each has had its drawbacks. And depending on your point of view, this year’s NASCAR Cup Series finale in Phoenix clearly shows that the current system has drawbacks … or merits.

Keven Harvick has, to this point, had a very impressive 2020 NASCAR Cup Series season. The Stewart-Haas Racing driver has to date scored nine wins along with 20 top-five and 26 top-ten finishes. Those numbers are significantly better than those achieved by any other driver on the circuit. However, as any reader of this piece almost certainly knows by now, he will not be one of the Championship 4 this Sunday at the Phoenix Raceway.

To some, that is a strong indictment against the way NASCAR selects its championship contenders. But to others, it is simply an indication that Harvick and his team did not do what was required of them to have a shot at the title.

Addressing the criticism of the system first, it does seem a bit ridiculous that a driver who has posted such impressive stats over the course of an entire season would be left out of the championship finale. As someone who remembers when drivers simply earned points in every race and had those points piled up during the course of the campaign with the eventual champion being the one who scored the most overall points, Harvick’s omission seems unthinkable.

In my mind, a championship in racing is supposed to go to the driver who had the best overall season. That’s the system I grew up with and that mindset has not completely evaporated.

But on the other hand, things change with the passage of time and the way NASCAR Cup Series champions are crowned has been one of those things. This is not the 1980s and the sport has evolved, as all forms of sport do. Racing, like the so-called stick-and-ball sports, is looked at as much as a form of entertainment as it is a form of competition in today’s sports landscape.

As such, NASCAR has made its championship selection process into more of a reality-based television show format rather than keeping its old school method. After all, NASCAR is now more of made-for-TV form of entertainment instead of a true sporting competition as is demonstrated by things such as green/white/ checkered finishes and stage breaks. And in many ways, that is true of all sports as each works to find ways to attract a younger audience more suited to the instant gratification offered by video gaming.

Heck, the NCAA has been doing this for decades with its post-season basketball tournament. There have been multiple instances in which the team considered the favorite going into ‘March Madness’ did not make it through to the Final Four.

Getting back to the point, those who see it as simply part of the game that Harvick failed to make it into the Championship 4 despite the overall quality of his season have been able to adapt their mindset to the new way doing things. They actually will point out that the system worked as it should by rewarding those who best played the game under it’s stated format.

I’m 53 years old and have not been part of the audience television networks most covet for quite some time now. With that being the case, the way NASCAR decides its championship isn’t necessarily geared toward me. In my mind, the idea that a driver who has clearly been the best in the sport throughout the “regular season” is not a part of the final championship mix is pure folly to me. But, as stated, this system isn’t meant to satisfy me.

But for those this format is geared for, that fact shows the greatness of the game.