Corey Heim takes big steps up the racing ladder in 2020 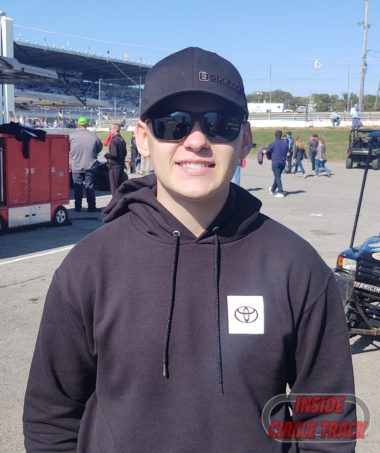 Every young and aspiring race car driver hopes to have a moment of achievement that will propel him/her forward and open the door for greater opportunities in the future. This past October at Kansas Speedway, 18-year-old Corey Heim experienced one of those moments when he won the ARCA Menards Series race held at that 1.5-mile facility. Suddenly many who may not follow short track racing very closely knew the name of this Marietta, GA native.

For those who do follow Late Model short track racing, Heim’s success on the bigger stage did not necessarily come as a major surprise. He has been particularly successful on the CARS Tour with one Super Late Model win at South Boston(VA) Speedway back in 2018, and most recently, a third place result in the 2020 final standings in the Late Model Stock Car division that also came with a victory at the famed Hickory Motor Speedway.

Heim drove for two different teams in both the ARCA Menards Series national tour as well as the ARCA Menards East Series in 2020. Venturini Motorsports fielded their No. 20 Toyota for the young driver in a total of four races while Andy Hillenburg’s Fast Track Racing provided his two efforts this season at Kansas Speedway.

“We had great speed all year but we just couldn’t get a lick of luck to start the year,” Heim said of his ARCA exploits in an interview with InsideCircleTrack.com. “We had tire issues throughout the first five races, I think we had a tire issue in every single one. We finally had everything to go right and Kansas is an awesome race track. I raced there in the summertime as well and finished fourth. I pretty much had no idea what I was doing the first time around so we took the information I learned from the first time and applied it to the second time and led the most laps and won the race. It was an amazing feeling.”

Of course, Heim hopes that his success in ARCA will lead to more chances on that series as well as in NASCAR. At the same time, however, the driver who won in a photo finish earlier this year at the CRA Speedfest at Watermelon Capital Speedway in Cordele, GA intends to enjoy each and every race on its own merits as he looks to make a name for himself.

“As far as me going to the next level and everything, I think every opportunity I get I have to take advantage of,” Heim explained. “I don’t value one opportunity over the others. I just go out and try to win every single race that I get the opportunity to. I’ve been with three great teams this year. Each opportunity I do my best in, and at the end of the day, if I don’t perform well I learn about something I’ve got to improve on for the next time.”

Heim has especially taken advantage of his opportunities over the past couple of seasons. Aside from the previously mentioned wins, he has scored 10 top-five finishes in ARCA competition in only 16 starts as well as career totals of 12 top-ten finishes on the CARS Super Late Model Tour and nine top-10 results on the CARS Late Model Stock Car Tour.

The big Super Late Model races have also provided high points in the young driver’s career. Heim finished second in the 2019 Winchester 400 and led with less than 100 circuits remaining in the recent All-American 400 at the Nashville Fairgrounds Speedway before mechanical issues ended his night prematurely.

“Winning this race would be big,” the driver of the No. 78 Super Late Model declared prior to the All-American 400. “I haven’t had the best performance here in the past because this is a tough race track, honestly, and I think experience plays a big role at this track. If I could pull off a win today, that would be really big for me just to put that on my resume. Any big Super Late Model race is good for me. Every opportunity that I get teaches me a lot about the races. We come here next year for ARCA and that will teach me a lot, even if it’s not the same race car.” 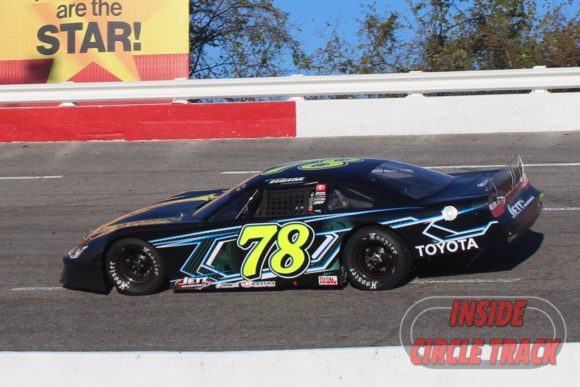 Corey Heim in his No. 78 Super Late Model

For anyone to get to the level of winning races on a national series, sacrifices have had to have been made and funding had to be found. Heim has had both family and corporate assistance to get him to this point in his career.

“It takes a lot,” he agreed. “I’m blessed to have support from Toyota next year, and a little bit this year as well, so to be a part of that program has meant a lot to me as far as improving me as a driver and supporting my career. I hope next year we can make them proud. Also, my father, he supports my career and he has been for the past 13 years that I’ve been driving. I’m just trying to make those guys proud and make it worth it for them.”