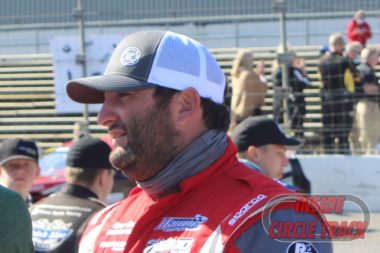 This is the first of a two-part story from our interview with Bubba Pollard. The second story will be posted prior to the Snowball Derby.

When the topic of short track racing comes up, the name of Senoia, GA driver Bubba Pollard is almost certain to be mentioned early in the conversation. The highly successful driver has piled up scores of victories throughout a career that has spanned more than two decades. Much like top dirt racers such as Scott Bloomquist, Jimmy Owens, or Billy Moyer, this star is immediately recognizable among fans and competitors as soon as his car pulls onto the track.

Despite having been a part of the Roush Racing: Driver X program, however, Pollard never got a significant shot at moving to a higher level in racing with the exception of five starts in the ARCA Menard’s Series. That said, the 33-year-old is content with where his career has taken him so far.

“Oh yeah, I’m happy,” Pollard told InsideCircleTrack.com. “When I was younger, I wanted to move on but we didn’t have the sponsorship to move us any farther. As I’ve gotten older, I’ve come to realize that God had a plan, I feel like, for me and my family and we, I think, are happy with what we’re doing and very fortunate to do it at this level and be able to have fun. That’s the biggest thing, being able to have your family involved, and them come to the race track.”

The former winner of major races such as the All-American 400, the Winchester 400, the World Crown 300, the Canadian Short Track Nationals, and the Slinger Nationals believes his racing exploits have taken him exactly to the place where he should be.

“I think God’s plan worked out the way it should have and I’m happy with what I’m doing,” Pollard declared. “I’m content with what I’m doing. I really enjoy being in short track racing and being with the people that are involved and everything. Yeah, I’m excited and I love it out here.”

Being such a recognizable figure gives Pollard a strong voice within the sport of pavement-based short track racing. That being the case, the driver believes that form of racing could be more like its counterpart of dirt racing in terms of promoting itself. And more, he believes the top form of racing in America could be doing more to help promote what often proves to be one of its top feeder system.

“It definitely can,” Pollard responded when asked if short track racing could do a better job of promoting itself. “I hate to say this, but I kind of blame it on NASCAR. I don’t feel like NASCAR has done their part in short track racing to draw attention to our type of racing. Dirt is more of a laid back sport, dirt hasn’t really forgotten where it came from. I think NASCAR has a little bit and it’s trickled down to some of our pavement racing to where it takes a lot of money to do this.” 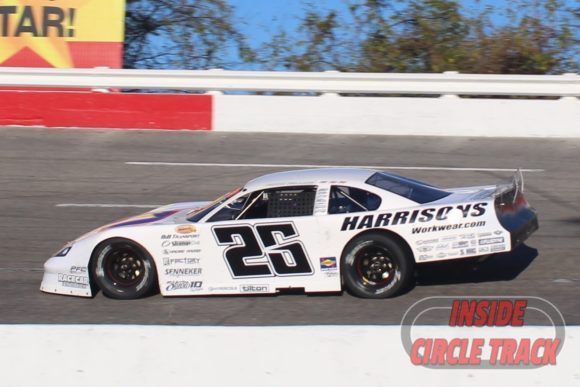 Pollard believes the technology developed by NASCAR teams that has trickled down to short track racing has created a significant increase in the cost of racing at lower levels. Further, he points out that those involved in the sport often times are responsible for their own rising costs and lack of promotion. He believes his chosen side of the sport would be best served by taking lessons from dirt racing in some aspects.

Pollard’s family, in fact, has a significant history in dirt racing. His grandfather, Hence Pollard, built Senoia Raceway in his hometown. The famed pavement driver can sometimes be found racing on that dirt oval on nights when there are no major asphalt races for him to take part in.

“I think the resources in NASCAR is kind of to blame for that by supporting it and letting things evolve the way they have. Promoters, and series, and us drivers all as a group and a whole could do better in pavement racing. Sometimes drivers and team owners are our own worst enemy for letting some of this go on. It’s just a different world. I’ve done dirt racing, I’ve seen that world, I’ve experienced it, and I wish we could be more like that side of the sport. I just don’t know if we ever will get there. I just hope dirt doesn’t follow in the direction that asphalt racing has gone in and sticks to where it is.”