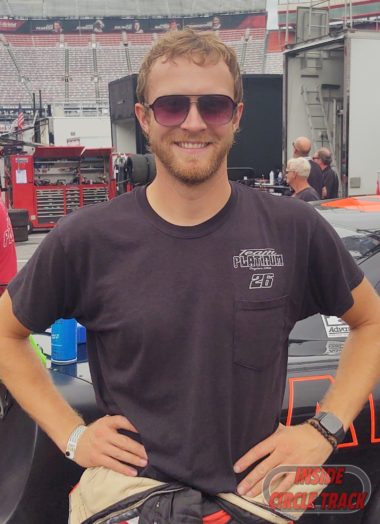 Whenever a major short-track pavement race is about to take place, Travis Braden has to be considered among the favorites to visit victory lane at the end of the evening. The Wheeling, WV native has in fact proven that he can win crown jewel events. He took the checkered flag from the Winchester 400 at Indiana’s Winchester Speedway back in 2016. And just last year the No. 26 Super Late Model scored the victory in this form of racing’s premier show when he won the Snowball Derby at Five Flags Speedway in Florida.

The Winchester 400 will run this weekend(Oct. 11) in Salem, IN. That major event will be followed up by the All-American 400 at the Nashville Fairgrounds Raceway on November 1st then the Snowball Derby in Pensacola, FL on December 6th.

“For sure, the thing is when we get to this time of the year, that’s the rest of our year schedule- the Winchester 400 weekend, Nashville, and the Snowball,” Braden said in an interview with InsideCircleTrack.com. “We’ve got some time in between those to prepare. You definitely want to put all the emphasis on those that you can although we pretty much do the same things we do everywhere else. We just make triple sure that everything is right, hopefully. And usually that pays off.”

Along with his win at the high-banked Winchester facility, Braden has achieved four top-5 finishes in one of pavement racing’s most storied events. The winner of the recent Fall Brawl at Lucas Oil Raceway in Clermont, IN believes he has momentum on his side going into these big races at the end of the season.

“We’re looking forward, honestly, to all three of those shows,” Braden pointed out. “We’ve won the Winchester 400 once and I’ve finished second in it like four times, and a couple of times I should have run top-3 but had failures or got in wrecks so I’ve been really eager to get number two in that race. We’re really eager to get number one at Nashville and we’ve had cars there that were capable of winning, but the same deal, just no luck. Honestly, I think if there was a chance to win all three in one year, I think this could be the year because the performance is there to do it. We’ve just got to put it all together and have good luck.” 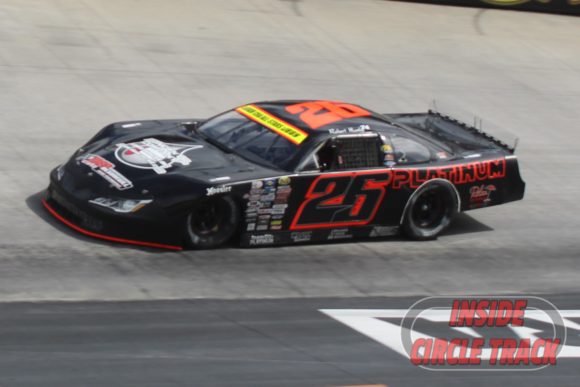 Travis Braden in his Late Model at Bristol Motor Speedway

Along with his previous win in the Winchester 400, the 26-year-old driver’s biggest triumph was in the 2019 Snowball Derby. Initially, Stephen Nasse was flagged as the winner of that race but his car failed post-race technical inspection in the so-called ‘Room of Doom’. As a result of the disqualification, Braden was lifted to the victory.

Unfortunately due to the shutdowns and missed races resulting from the COVID-19 pandemic, Braden has not been able to fully enjoy the year in which he would have been recognized as the defending champion of that prestigious race. However, he plans to always savor that moment nonetheless.

“That’s always going to be something that you can’t not be proud of,” he proclaimed. “It’s pretty cool and it’s cool for a whole year being the reigning guy for a year is nice. Obviously, the misfortune of COVID kind of rained on our parade but it’s still been pretty cool and I’m looking forward to going back this year and we’re very confident that we’ll contend for another win, and hopefully, do it outright this time.”

Short-track racing has not made up the entirety of Braden’s career. In 2018 and 2019 he competed as a regular on the ARCA Menards Series which allowed him to race at venues such as the Talladega Super Speedway and the Daytona International Speedway.

Braden finished 5th and 4th in the overall ARCA standings in his two respective seasons. He won his first ever start on that circuit when he took the checkered flag at Lucas Oil Raceway back in 2015. While that proved to be his only win on the Midwestern-based stock car series, he did compile eleven top-5 and 34 top-10 results in a total of 50 races.

“It was really cool and I loved racing in that deal,” Braden recounted of his ARCA experience. “It was a cool mixture of tracks, you get to race on some of the big tracks-especially if you move on to the NASCAR stuff it really helps to prepare you. It’s different, it’s a lot more work on the engineering side of things for a lot of reasons. It seems like every week somebody finds something to make their car go faster in that deal and you’ve got to keep up or try to get ahead.” 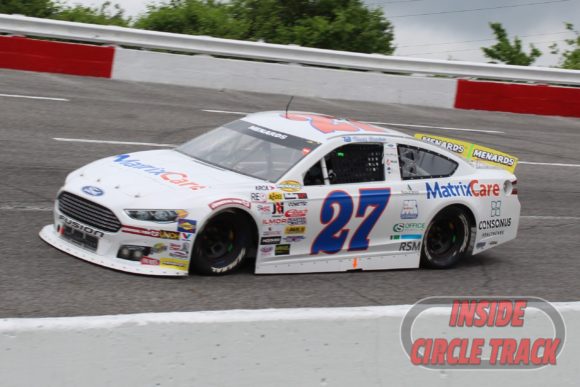 He says there is a significant difference between pavement Late Model racing and ARCA.

“In this deal it seems like everyone is always trying new things, but I don’t know whether we’ve already found the limits of the tires or what it is but everything is a lot closer when it comes to the competition and more consistent,” he explained. “I just learned a lot about how you do things basically in the big leagues because that’s what that deal is in the ARCA Series. It was a great experience. I was one of about two or three guys who were doing that for that team I was with. I learned a lot about how to run a race team organization.”

Not only has Braden found success in racing but he has found it in the classroom as well. He holds both Mechanical and Aerospace engineering degrees from West Virginia University. The young driver believes his education has mostly aided his racing career but he admits there might be times in which it might be counterproductive.

“I definitely know that it benefits me,” Braden insisted. “It’s one of things that causes you to think about things totally different and a lot of times I think that does show up on the race track. Our cars, these guys do a great job preparing them, so I’m not saying it’s all contingent on my engineering degree but I think it helps a lot of times to find that last two percent when you’re trying to find what you need to have a car that will win on race day. The mindset that God gave me on the technical side of things has paid off a number of times. And I’ll be honest, there are times when I’ve overthought things and it’s hurt me too. It’s something that I enjoy.”

All in all, the 2013 and 2014 ARCA/CRA Super Series champion is happy with where his racing career has taken him and he looks forward to seeing what else is in store.

“Yeah, I’m really content. I say this all the time- if I could do this forever and make an honest living, this is what I would want to do. These cars are so much fun and they’re a lot of fun to work on and it’s a fun atmosphere at the track. I see a lot of growth potential with what’s going on so hopefully I’ll be a part of it for a long time.”