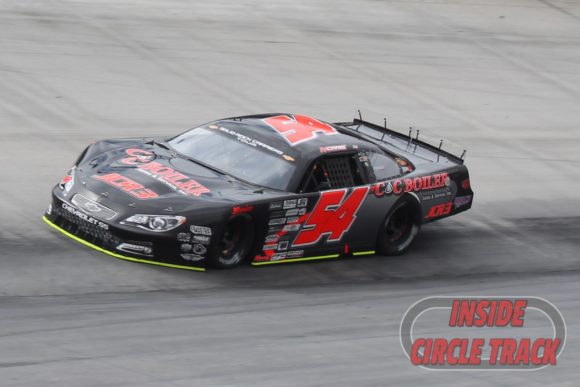 Matt Craig was the SLM winner at Florence

Craig knew that Trevor Noles, who started on pole after winning the U.S. Short Track Nationals at Bristol Motor Speedway the week before, would pose an immense challenge, but he felt confident in his chances to win as soon as he arrived at Florence on Friday.

“We struggled really bad at Bristol, but tonight we had a really good car,” Craig said. “We were really fast off the truck on Friday. My car was really similar to Trevor’s, as we both have Rowdy [Manufacturing] cars, so it was kind of like an IROC race with everyone having the same car, but it was fun.”

Noles and Craig controlled the early portion of the event until Michael Ritch powered his way to the front from the 10th spot on the grid and took the lead. A bad restart briefly put Ritch back in third, but he methodically worked his way back to the lead until Craig passed him on Lap 79.

Ritch would ultimately get knocked out of contention after colliding with Carson Kvapil on a later restart, leaving Craig and Noles to settle the win between themselves. Noles ultimately had nothing for Craig and was forced to watch him pull away with the win.

Craig’s win at Florence will pad out an already comfortable points lead over Sammy Smith, but he said that his second consecutive SLM title in the CARS Tour title is far from guaranteed, given that the season finale is the triple-sanctioned All-American 400 at Nashville.

“With the All-American 400, 32 cars start that race,” Craig said. “I think we’ll still have to finish in the Top 25 or better at Nashville to clinch. A lot of things can happen there, but hopefully we can hang on and get another championship.” 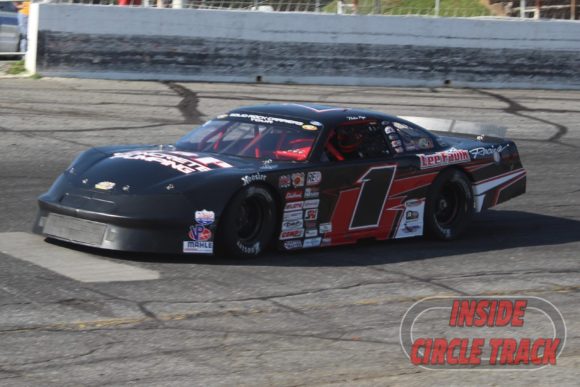 The ensuing LMSC feature was primarily dominated by Peters, but an efficient tire conservation strategy from Pope enabled him to charge his way through the field and pass the two-time ValleyStar Credit Union 300 winner with a great run off Turn 4 coming to the checkered flag.

Pope believed that he could conserve his equipment at the front of the field alongside Peters, Layne Riggs and Lee Pulliam after qualifying in fifth, but he quickly adjusted his strategy when he realized how aggressive his competition was at the beginning of the feature.

“We were going to try and ride out front, but everyone was going faster than I wanted to,” Pope said. “I knew we were going to have a good chance, but we just had to be there. After that last caution 80 laps in, I told my spotter that my car was really good around the bottom and as long as it stayed there, we had a shot.”

Pope dropped to the tail end of the field while Riggs held off challenges from Pulliam, Matt Cox and Justin Johnson. Riggs’ chances of a third consecutive victory ended soon after when a faulty alternator cost him two laps on pit road.

Johnson assumed control of the lead and encountered little resistance from the likes of Cox and Peters, but a mechanical issue on Lap 69 forced him to bring his Late Model into the pits, denying him his first career victory.

With Johnson out of the race, Peters gained the upper hand on his closest competition in McCumbee after the latter used up his tires. However, several drivers, including Pope, began to weave their way through slower traffic after successfully conserving their tires.

Once Pope dispatched Pulliam and teammate Corey Heim, he made short work of McCumbee, but he had less than 15 laps to get around lapped cars and chase down Peters for that elusive first career win.

Peters did not think Pope was a contender for the win until he saw him rapidly approaching in his rearview mirror, but he admitted that there was not much he could do to stall out Pope’s momentum and beat him to the checkered flag in the closing laps.

“I just gave him a little too much room, but I was getting really tight,” Peters said. “I think I went a little too soon after the last caution. This one will go in the memory bank when we come back down here for the big race, so hopefully things will go the same way except 10 yards in my direction.”

Pope, who was coming off a dismal weekend at Carteret County Speedway that saw him get banned from the Touring 12 following a post-race altercation, was solely focused on being consistent and gaining spots, but was also oblivious as to where he was in the running order until the checkered flag flew.

“I had no idea that was even for the lead,” Pope said. “Nobody said anything, but when I crossed the line, everybody started yelling and I asked if that was for the win, and I was told yes. I really didn’t want a yellow, but luckily that didn’t happen and we were able to clear [Peters] off Turn 4 for the checkered.”