Domination becoming the norm at Martinsville 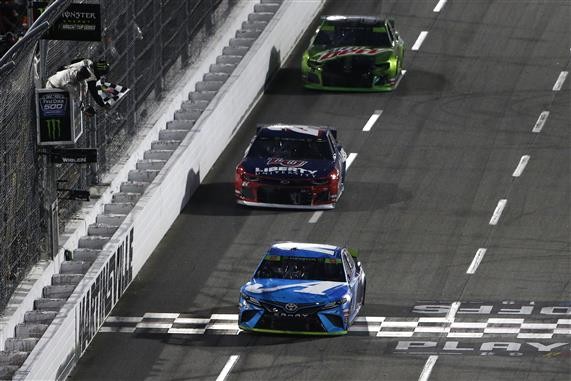 The final cut leading into the NASCAR Cup Series championship finale will be held this weekend(hopefully) at the Martinsville Speedway. When the checkered flag waves over the field on Sunday, the four drivers who will compete for the series title at Phoenix Raceway will be known. Since it was announced last year that this paper clip-shaped half-mile track would serve as the venue for the final cutoff, the anticipation has been building.

Many believe that this race on this track will provide twists and turns along with a dose of intensity that will make it the perfect site for the final cutoff. However, a look at recent history on the Virginia oval suggests that drivers turning in dominating performances has actually become the norm.

Clint Bowyer led the final 213 laps when he scored an emotional win in the spring of 2018. That was followed by Joey Logano showing the way for 309 circuits in the fall of 2018 although he did have to execute a very exciting last lap pass on Martin Truex, Jr. to achieve victory.

2019 also saw two performances in which the eventual winners completely overwhelmed the competition. Brad Keselowski paced the pack for an almost unbelievable 446 laps in the spring. Yet that was topped by Truex won after crossing the stripe as the pace setter for an even more unbelievable 464 times in the fall.

In the spring of this year, Truex took the checkered flag by leading the final 130 laps of the event. That came after Logano had showed the way for 234 laps.

While racing on a short track seems to suggest that madness will ensue, particularly in a cutoff race, recent history suggests that one driver has tended to get out front and stay there for long periods of time at Martinsville. Should one of the eight championship contenders finds himself in front with less than 200 laps remaining, it could provide the formula for making the Championship 4.