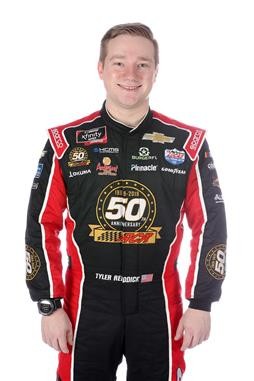 Over the past few weeks there have been two drivers who were certainly not locks to qualify for the upcoming NASCAR Playoffs based on their point totals to win races, and thus, assure themselves of a chance to race for a championship. As a result of the victories by Cole Custer and Austin Dillon, the number of available spaces for those hoping to point their way into the playoffs has been reduced by two.

Anytime a driver on the so-called “playoff bubble” or even out of contention to be on that bubble wins a race, those fighting to get one of the remaining spots is put in serious jeopardy of being left out of the championship mix. This weekend’s pair of NASCAR Cup Series races at the Michigan International Speedway provides another such opportunity.

Currently, Clint Bowyer, Matt DiBenedetto and William Byron hold the final positions in the standings of those drivers without a victory to their credit in 2020 who would make the playoffs based on their positions in the standings. Seven-time NASCAR Cup Series champion and Hendrick Motorsports pilot Jimmie Johnson, Joe Gibbs Racing competitor Erik Jones, and Richard Childress Racing rookie Tyler Reddick are on the outside looking in.

The two Cup Series races set to be held in Michigan on Saturday and Sunday could very well provide an opportunity for one of those “bubble” drivers to get out of that bubble and secure a playoff position by winning one of these two events. This weekend is set up for Tyler Reddick to pull off such a feat.

The California native and driver of the No. 8 RCR Chevrolet has put together a solid rookie campaign with two top-5 and seven top-10 finishes that currently have him ranked 15th in the overall standings. And consider a few of the factors leading into this weekend that play into the 24-year-old driver’s favor. 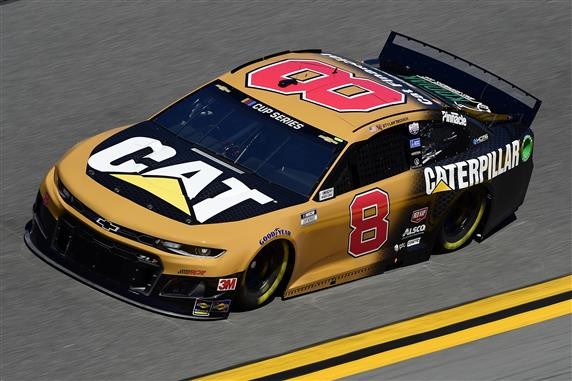 Tyler Reddick in the RCR No. 8 Chevrolet(Photo: Getty Images)

Keep in mind that one of the most successful racers in recent years at Michigan has been a driver with a similar style to that of Reddick. In 12 starts on the 2-mile track located in the Irish Hills of Michigan, Kyle Larson accumulated three wins, five top-5 and six top-10 finishes. He did so by racing in almost exactly the same way Reddick has raced at Homestead over the past two seasons in the Xfinity Series finales.

And more, Reddick knows his way to victory lane at MIS having won there for RCR in an Xfinity event in 2019.

Also, Reddick and his Randall Burnett-led team have been on a nice run of late having earned four top-10 results over their last five races, including a runner-up finish behind RCR teammate Austin Dillon three weeks ago at Texas Motor Speedway. Their one finish outside the top-10 during that stretch was a 13th at the Kansas Speedway.

Finally, so many NASCAR Cup Series races come down to factors such as pit strategy, fuel mileage, and gambles on tire choices. Those are the very factors that placed the two RCR cars at the front of the field in Texas. And Michigan races seem to always fall into the category of fuel mileage/pit strategy races. All of these factors combined could cause even more stress than they are already feeling for the other drivers currently on or near the playoff cut line.

Should Reddick win either of these two races this weekend, the likes of Jones, Johnson, Byron and Bowyer will have plenty to worry about with the final race of the “regular season” looming large in front of them.