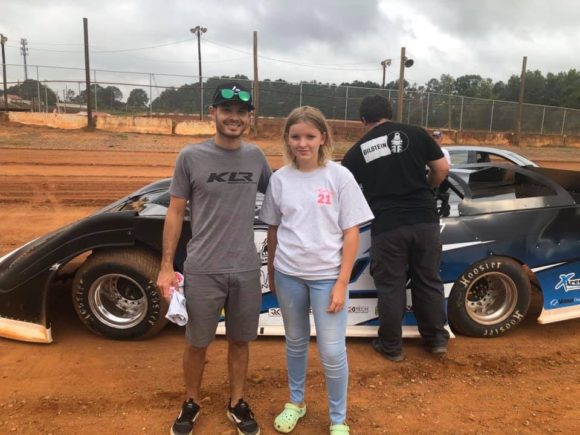 Without question, one of the hottest racing drivers in all of America, if not the world, is Kyle Larson. Since being expelled from his NASCAR Cup Series ride with Chip Ganassi Racing during the coronavirus-related shutdown, the Elk Grove, California native has gone on a tear across the Sprint Car racing world scoring dozens of feature wins on both the World of Outlaws NOS Energy Drink Sprint Car Series and the Ollie’s Bargain Outlet All-Star Circuit of Champions. And now it looks as if the driver nicknamed “Yung Money” might be looking to take his talents to the Dirt Late Model side of dirt racing.

On Thursday, the Cherokee Speedway in Gaffney, SC posted photos of Larson wheeling the No. 6 K&L Rumley Enterprises Longhorn Chassis around the track known as “The Place Your Momma Warned You About” on its Facebook page. The K&L Rumley team prepared cars for driver Jonathan Davenport in 2015 when the Blairsville, GA racer won the Lucas Oil Late Model Dirt Series championship and numerous crown jewel events.

Kevin Rumley, partner in K&L along with father Lee Roy, is widely regarded as one of the top engineers in the sport. 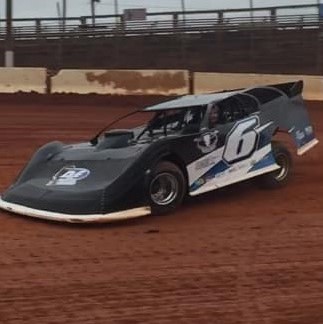 Rumley #6 Car & Kyle Larson testing at Cherokee Speedway early this morning. We’re glad the weather finally cooperated enough to give them the valuable information they were needing! Special Thanks, since most of us were at our day jobs to Cody Carroll for the pics. As he sends them to me I will post more.

Larson lost his ride with CGR following his use of an inappropriate racial slur during a virtual racing event earlier this year. As sponsors looked to disassociate themselves from the driver, the NASCAR team was forced to release him. While he owns the Kyle Larson Racing team that provides Sprint Cars for driver Carson Macedo, he has primarily driven a No. 57 winged car fielded by Paul Silva with sponsorship from Tarleton & Son and Finley Farms.

Larson has been on indefinite suspension by NASCAR since the verbal incident, but according to a report published on Wednesday by Motorsport.com, Larson has requested reinstatement to NASCAR.