Fans Ready to Return to Race Tracks Despite Potential Risks 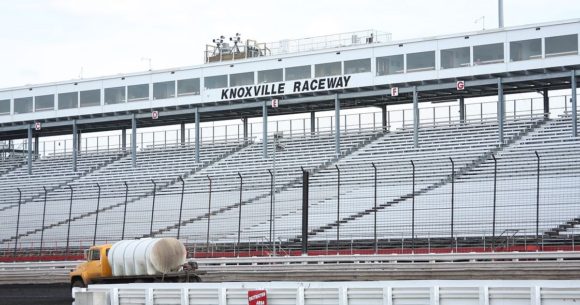 It’s not exactly a secret that frustrations are growing as social distancing restrictions remain in place over many parts of the United States due to the coronavirus pandemic. And perhaps as much as anywhere, those frustrations are being felt in the world of sports. Among those who are missing their previously taken-for-granted doses of sports entertainment are fans of auto racing.

Even though some forms of racing have returned to action in made-for-PPV events such as last Friday’s World of Outlaws NOS Energy Drinks Sprint Car Series race at the storied Knoxville(IA) Raceway shown by DirtVision.com along with numerous Dirt Late Model events recently aired by DirtonDirt.com and Speed51.com, some fans remain dissatisfied with the fact that many state and local mandates will not allow them to take in the sport they love from the grandstands.

After weeks of sitting idle, NASCAR will also get in the mix of offering races without fans for all three of its top divisions in the very near future at tracks such as Darlington Raceway, Charlotte Motor Speedway, and Kansas Speedway. Of course, those races will be shown to national audiences by the Fox family of networks.

The NASCAR Cup Series will dive back into action at Darlington on May 17th. Of course, the strictness of local and state laws as well as the ability to travel to and from those locations have played significantly into the decisions of which tracks would host the initial events as racing returns.

Many fans seem unfazed by the risk of possibly catching or spreading COVID-19 if taking that risk leads to the possibility of returning to a race track to take in their favorite sport. A recent poll I conducted using my @RichardAllenIDR Twitter account revealed that, in overwhelming numbers, fans are ready to see racing action in ways other than on a computer or television screen.

I asked the question, “If a race track near you planned to host an event with no social distancing measures in place on Saturday, May 30th, would you attend?”

The resounding answer was yes as more than 80% of the 485 followers who took the time to reply in this highly unscientific measurement stated as much.

Here is that poll:

If a race track near you planned to host an event with no social distancing measures in place on Saturday, May 30th, would you attend?

Whether it be the right thing to do or not, whether political views were also being expressed or not, the results were clearly one-sided. Many fans are ready to return to the dirt and paved race tracks across the country despite whatever risks may may be involved.