Skip to content
Home Short Track Blogs Is it more important to have a great car or a great driver?

Is it more important to have a great car or a great driver?

Whether it be media members or fans, we all have a tendency to give certain drivers too much credit or too little credit when they win races. At the same time, there is a tendency by some to lavish all credit on the car and the team when a particular driver succeeds while offering little acknowledgement to the person behind the steering wheel.

“Driver X wins so many races because he has the best car” is a phrase often used when it is believed that a person considered to be a less talented driver scores victories. Conversely, “Driver X is such a good driver that he carries lesser equipment to the wins his team gets” is sometimes used for drivers who are considered to be particularly skilled at their craft.

Whether I have written a piece about NASCAR, dirt racing, or pavement short track racing, I frequently get both types of feedback.

However, I am going to have to disagree with both opinions.

In today’s climate of highly competitive racing, there are always going to be instances in which a talented driver has a good car. And if that be the case, which would be more likely than not at just about any given race, it would seem a bit unlikely that a team with only one of those two key elements would win. I find it hard to believe that there is a driver out there who is so talented that he/she can consistently beat other quality drivers who have better cars. At the same time, I find it just as unlikely that there is car out there that can make up for a poor driver regularly.

Last season, Joe Gibbs Racing won more than half of the contested NASCAR Cup Series races. That didn’t happen because drivers Kyle Busch, Denny Hamlin, Martin Truex Jr., and Erik Jones are such vastly superior talents that they carried bad cars to victory lane over and over again. Nor did the JGR Toyotas so outclass the field each week that they won races despite having underachieving pilots. 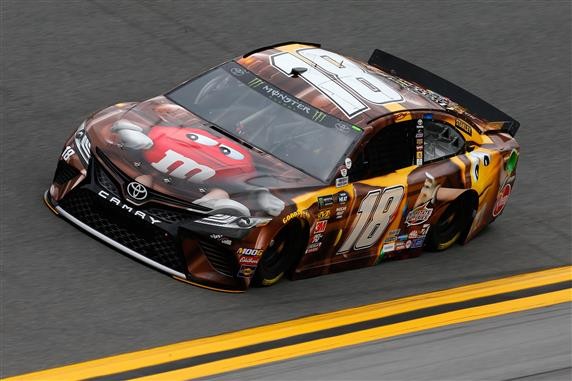 Along that same line, I have heard it said by fans that Kyle Busch wins races on pure talent while Martin Truex Jr. and Denny Hamlin are carried to wins by far superior machinery(insert a confused looking emoji here).

If we take this conversation to other forms of motorsports, the same logic still holds true.

Is Donny Schatz so much better of a driver than everyone else on the World of Outlaws Nos Energy Sprint Car Series that his talent alone has provided him with ten championship trophies? Or, are the cars he drives so much better than everyone else’s that any bum could steer them to the same number of feature wins and championships? The answer to both of those questions is no. 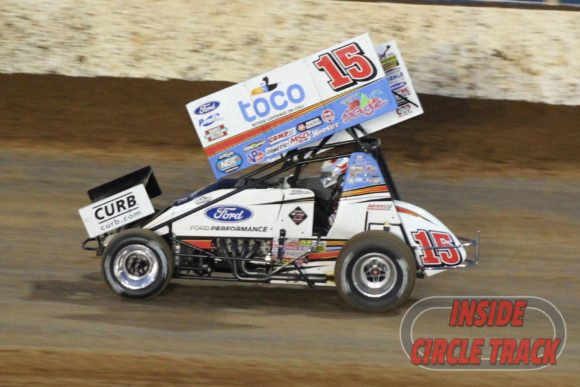 Of course Donny Schatz is an amazingly talented driver. But at the same time, Tony Stewart Racing provides him with great equipment. It’s the marriage of those two elements that has resulted in unparalleled success.

Lewis Hamilton drives for the best Formula 1 team but there are several drivers on the grid who couldn’t win six world championships in the Mercedes. At the same time, Hamilton could not jump into one of the back marker cars such as a Williams and take it to the front of the pack.

Being that I cover Dirt Late Model racing more than any other form of the sport, I seem to hear this argument there more than anywhere else. To their credit, fans of that form of racing tend to be fiercely loyal to their favorites and refuse to give credit to those they oppose.

For whatever reason, there are a number of fans who simply do not want to consider the possibility that Brandon Sheppard is a great driver. These detractors seem convinced that the World of Outlaws Morton Buildings Late Model Series champion only wins because of the superiority of his Rocket Chassis house car ride.

But again, removing the emotion from the matter, it would seem highly unlikely that the Illinois driver won 18 WoO Late Models races and three events that paid $100,000 or more in 2019 simply and only because his car was that much better than everyone else’s car. 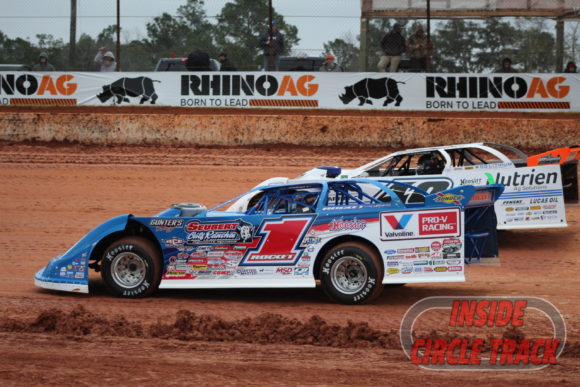 The logical conclusion, at least for this writer, is that Sheppard is in fact an excellent driver who drives and excellent car.

That same statement almost certainly has to be true of drivers Jonathan Davenport, Scott Bloomquist and Bobby Pierce. The very mention of those names around a dirt track is almost certain to stir controversy as some fans would not dare offer any credit to their abilities, but would instead say that they are carried to their success by cars that outclass the competition.

Neither is the opposite true. All mentioned above are great drivers but none of them are carrying lackluster equipment to victory lane.

The national and regional championships along with the crown jewel races won by these drivers as well as the likes of Jimmy Owens and Josh Richards were not won because those very talented drivers carried their cars for entire seasons at a time. Nor did they win all of those races and titles because their cars did all the work while they just sat in the seat reading the newspaper.

Passionate fans love their drivers, and there’s nothing wrong with that. But a great driver can’t win multiple races alone. Nor can a great car win races and championships without consistently having someone who knows what he/she is doing in the driver’s seat.

Yes, of course a great driver can make a difference in where an average car might finish. And yes, a great car can make a particular driver look even better than he/she might actually be. But it’s never just one or the other bringing about all of the team’s success or failures.