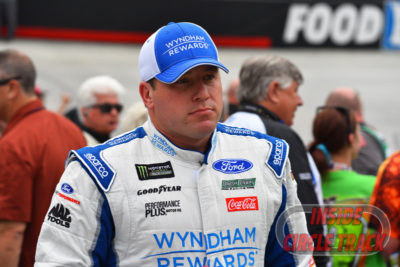 In the fall of 2006 I was serving as the cross country coach at Seymour High School when the sports editor for the local newspaper in Sevier County, Tennessee came to do a pre-season story on the team. During our conversation the reporter remarked that he did not know for sure when the story would run being that he was very overworked as the only sports journalist in a county with four high schools, each with multiple sports teams, trying to fill his section of The Mountain Press.

I thought about that conversation for a couple of days then decided to try my hand at something new. I typed a NASCAR column and emailed it to the editor of the paper offering to fill a portion of their sports section once per week with similar pieces if they were interested. Not only was I surprised that they were actually receptive to the idea, but more, they would pay me to do so.

For a couple of years I continued to submit my weekly column. At the same time, another teacher at my school had given a presentation on setting up and using websites during an in-service so I asked him if would produce a site for me. RacingWithRich.com was born out of that which allowed me a place to post more than one article per week.

As a result, I was always looking for some angle to write about. One evening while working in my yard a neighbor came over to chat and the topic of NASCAR came up. The neighbor admitted that he never watched that form of racing but he did take in some dirt racing from time to time at the various tracks located in east Tennessee. He asked me if I would like to attend some event called ‘The Scorcher’ at the Volunteer Speedway in Bulls Gap, Tenn. which would be run on the Thursday night prior to the Saturday night NASCAR Cup Series race at Bristol Motor Speedway.

I had not been to a dirt track in at least ten years but I was intrigued by the idea of reviving my interest in that form of racing. And I was further intrigued when my neighbor threw in one other tidbit. “I think Ryan Newman is supposed to race that night,” he said.

Well, that did it. There was my angle. I could not only go to a dirt track for the first time in a decade but there would no doubt be a story to report.

The year was 2008 and not only was Ryan Newman a star driver in NASCAR, he was the most recent winner of the sport’s most prestigious event- the Daytona 500.

I had a brief encounter in the Volunteer Speedway pit area with the driver who, if I remember correctly, arrived by helicopter following the Cup Series practice session held earlier that day at BMS.

I have no idea what I wrote about from that night as Newman’s performance was less than spectacular. He qualified 32nd then went on to finish seventh in his heat race. The NASCAR star was allowed to enter the feature with a track provisional and went on to finish 21st. 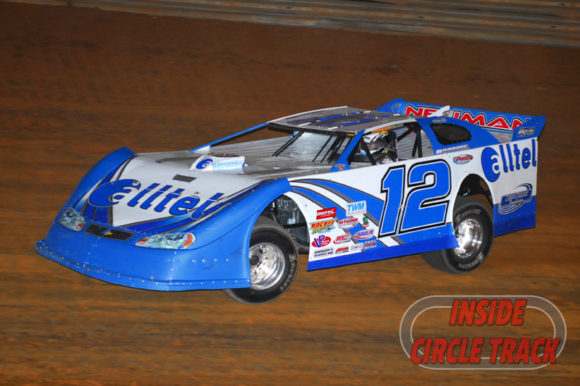 Ryan Newman on track at Volunteer Speedway in 2008

But more importantly than how he did that night, his presence in that race is what assured I would return to a dirt track. Watching the action that night made me remember how much I had enjoyed attending races on Friday and Saturday nights with my dad in the years before I got into the highly time consuming job of coaching basketball and cross country.

Ryan Newman drew me back into dirt racing. That eventually led to my partnering with Michael Moats to form InsideDirtRacing.com and this site as well which has been one of the most rewarding things I have ever done in my professional life.

As I waited anxiously with virtually everyone else in the sports world for word of his condition on Monday night following his horrific crash at the end of the Daytona 500, the thought occurred to me in a somewhat overwhelming way that I owe Ryan Newman something for luring me back to dirt racing.

So, thank you Ryan Newman! I sincerely hope there will be another occasion in which I get to cover an appearance of yours.