Will Martin Truex remain a championship contender without Cole Pearn? 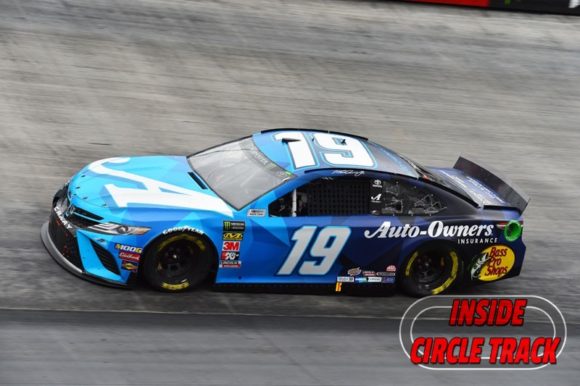 A somewhat surprising announcement recently came out of the Joe Gibbs Racing stables when former NASCAR Cup Series championship winning crew chief Cole Pearn revealed that he had decided to step down from his duties as the leader of the No. 19 Toyota team of driver Martin Truex, Jr. Together the pair has won 24 races and the 2017 NASCAR Cup Series title.

Citing a need to spend more time with his family, Pearn stated that he would be pursuing opportunities outside of NASCAR for the foreseeable future.

“This was an incredibly difficult decision,” Pearn said in a press release posted to JoeGibbsRacing.com. “At the end of the day, I really want to spend time with my family and actually see my kids grow up. Being on the road, you are away from home so much and miss a lot of time with your family. I don’t want to miss that time anymore. I want to be there for all the things that my kids are going to experience while they are still young. I love racing and there isn’t a better place to be than Joe Gibbs Racing, but I don’t want to look back in 20 years and think about everything I missed with my wife and kids while I was gone. They are what is most important to me.”

Over the course of his NASCAR Cup Series career, Truex has won a total of 26 races. One of those wins came while driving for Dale Earnhardt, Inc. and one came with Michael Waltrip Racing before he began wheeling cars for Furniture Row Racing in 2014.

After a winless first season for the Barney Visser-owned operation with Todd Berrier serving as crew chief, Truex and Pearn were united in 2015. From that point the pairing has reached elite status among driver/crew chief tandems. At Furniture Row they scored 17 wins and the aforementioned championship before adding seven more checkered flags with JGR this past season. 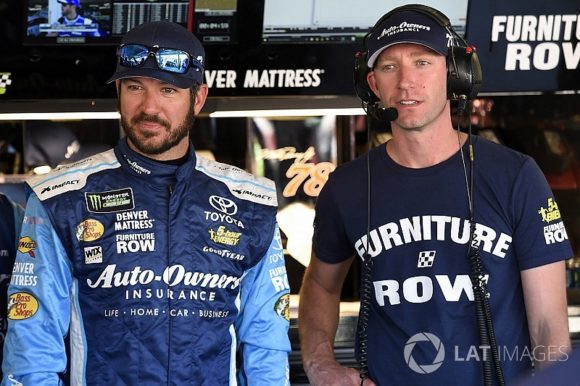 For the first time in six seasons, Truex will be entering a racing season with a new person calling the shots from atop his team’s pit box. According the press release announcing Pearn’s decision, the new crew chief for the No. 19 car will be determined at a later date.

Considering that 92% of his wins at NASCAR’s top level and all four of his Championship 4 appearances have come with Pearn serving as the crew chief, the question of whether or not Truex will remain as a series championship contender without him has to be asked. The simple fact is that the 39-year-old driver’s best finish in the standings has been an 11th without Pearn so the question is a fair one.

The advantage Truex and his crew will have going into this time of transition is the fact that Joe Gibbs Racing is a very deep organization with plenty of talent waiting in the wings for an opportunity such as this to present itself. Further, this is a company that has the resources to step outside their own shop and pull someone in if that is thought to be the best move.

But as has been demonstrated in racing over and over again, it is the relationship between driver and crew chief that is key to the success of any team. That was true of Jimmie Johnson and Chad Knaus, Jeff Gordon and Ray Evernham, or any other successful pairing.

Will Martin Truex, Jr. still be a #NASCAR championship contender now that crew chief Cole Pearn has left the No. 19 JGR team?

It’s not a matter of whether or not Truex has the ability to drive a race car as that has already been demonstrated. In all likelihood, the new crew chief on the car will be someone who knows how to set up a race car. As was said before, lots of teams have talent. The No. 19 won’t overwhelm other teams with talent nor will it be overwhelmed by the talent of others. But will the two main players on this team be able to reach the same level of communication that Truex and Pearn reached?

So, will Martin Truex, Jr. remain a championship contender without Cole Pearn? Only time will tell that tale.