Skip to content
Home Short Track Blogs Would You Want a Top Ride in a Lesser Series or a Lesser Ride in a Top Series?

Would You Want a Top Ride in a Lesser Series or a Lesser Ride in a Top Series?

Since there is not so much actual racing going on in the NASCAR world right now, use your imagination for a moment and pretend that you are an up-and-coming race car driver who has been labeled as a “can’t miss” prospect. However, this imaginary scenario has one major drawback. While you’re the hot name on the lists of several car owners, there isn’t room for you in the driver lineup with any of the sport’s elite teams.

Certainly you want to strike while the iron is hot in terms of moving up to the next tier but the move you make could actually prove to be detrimental to your career if you are unable to find success quickly while at the top.

That possibility leads to a question that many young drivers have had to answer:

At this time of year there are often news stories breaking to indicate changes in the statuses of drivers. Those status changes frequently involve drivers moving from the NASCAR Gander RV & Outdoors Truck Series or the NASCAR Xfinity Series to the NASCAR Cup Series.

And these changes are not limited to NASCAR.

Dirt racers and pavement short trackers may be faced with the same prospects. A regional driver who has been highly successful racing near his home might receive a call from a car owner who fields a somewhat marginal ride at the national level. While many in this situation could be enticed by the possibility of racing on a national touring series or taking to the road to hit bigger and more lucrative shows, others might prefer to stay within their comfort zone and continue winning races.

Many Crate Late Model or Pro Late Model racers will say that they have a goal of someday steering a Super Late Model on one of the top tours or in the crown jewel type races. But what if the Super Late Model ride they are offered is not a particularly good one? Does one take that ride simply for the purpose of saying “I am a Super Late Model driver” even though it may involve struggling to make races or running in the middle of the pack?

Since we’re pretending here, the decision is yours. How would answer the question posed above?

Several days ago I presented this quandary to my followers on Twitter and the response was decidedly one-sided. Here is that tweet and its answers:

In this current off-season there are driver moves that might serve as examples for how the actual drivers feel about the choice.

Tyler Reddick has won two straight championships on the NASCAR Xfinity Series. In his first full season on the tour in 2018 the California native won two races for JR Motorsports on his way to a title clinching run in the season-ending event at Homestead-Miami Speedway. This past season the 23-year-old racer scored six wins and again outran his competitors in south Florida as he grabbed an Xfinity Series championship trophy for Richard Childress Racing. 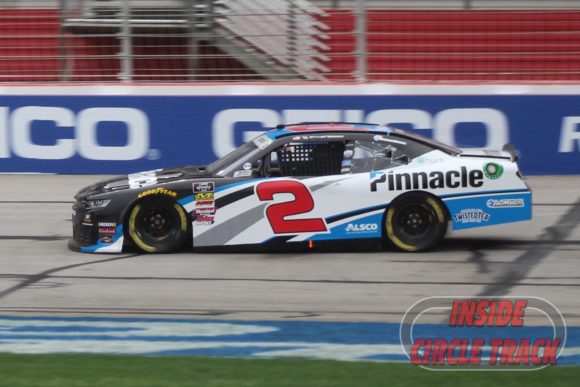 With just weeks remaining in the 2019 season, it was announced that Reddick would be moving up to the NASCAR Cup Series level for RCR in the upcoming campaign. At the same time, that move left the then driver of the No. 8 Cup car at RCR without a ride. After being rooted out of that seat on the top tier, Daniel Hemric agreed to terms with JR Motorsports to compete in as many as 21 races for that team co-owned by Dale Earnhardt, Jr. and Hendrick Motorsports.

While the RCR Xfinity cars have proven themselves to be top notch, their Cup Series cars have not fared as well. Hemric and teammate Austin Dillon failed to win a race in 2019 and combined for only one top-5 and eight top-10 finishes over the course of the entire campaign. Reddick not only had the six wins but also achieved 24 top-5 and 27 top-10 results last year in Xfinity Series competition.

The multiple drivers used by JR Motorsports in 2019 combined for a total of 38 top-10s.

Given the fact that Hemric will only make 21 starts for JRM in 2020, who is in the better position? Cup drivers make more money but it isn’t like Xfinity regulars are living in poverty.

Would you rather go into each race knowing that you have a car capable of winning or would you rather be fighting and clawing for top-15 finishes? That is not to say that RCR’s Cup program won’t improve next season but their past numbers are what they are.

Christopher Bell is leaving the very potent Joe Gibbs Racing Xfinity Series program in 2020 to join up with Leavine Family Racing in their No. 95 Toyota. In 74 starts for JGR over the past two-and-a-half seasons Bell has scored 16 victories. Despite a couple of close calls in 2019, the Leavine team has never won a Cup Series race. 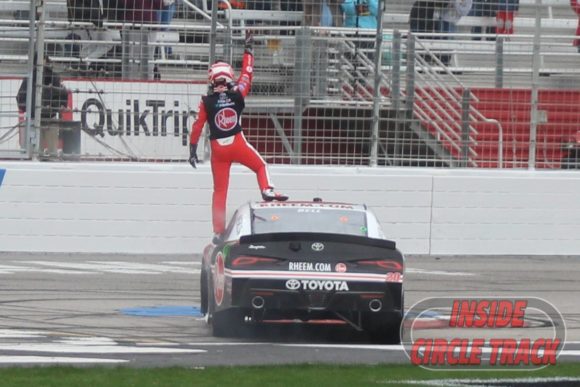 Of course, something that could make the Bell/Leavine combination different from other instances of this sort is the fact that LFR will receive more help from the JGR Cup program than has been the case in the past. That, in turn, could make this into what would essentially amount to a fifth JGR team in somewhat the same fashion as Furniture Row Racing was when Martin Truex, Jr. won a championship with that JGR supported organization.

And one factor that must be taken into consideration when talking about race car drivers is that of ego. Any driver who has ever been any good has believed in his own mind that he has the talent to win even when others might not have. No doubt Reddick believes he will succeed in the RCR Cup ride. Almost certainly, Bell believes he will win races for LFR. No driver would have reached the levels that these two have without some degree of ego on their side. So with that being the case, most drivers would have no reservations about moving up to the next level in any ride.

It’s a good problem to have if you’re an up-and-coming racer. Stay with the known quantity or head off into the unknown?