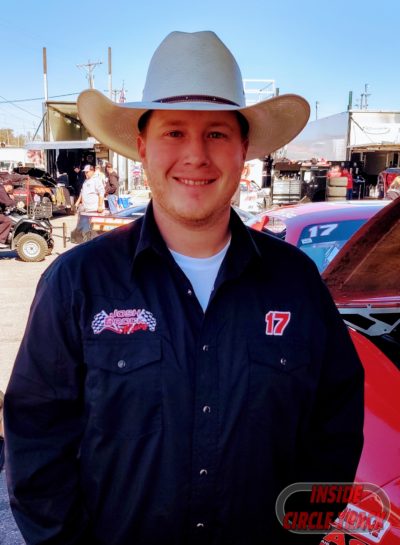 The 2019 season has proven to be a very solid campaign for Josh Brock and his team. While the Corbin, Kentucky native was already known within the ranks of Super Late Model racing on pavement, he has become increasingly more familiar to racing enthusiasts after scoring major wins in the North-South Challenge, a race accompanied by the ARCA Menard’s Series at the Fairgrounds Speedway in Nashville back in May, and the Summit City 100 at Indiana’s Baer Field Speedway in July. Both of those triumphs came in events sanctioned by the ARCA/CRA Super Series.

Brock’s results from throughout the season placed him among the four challengers who would compete in a playoff style setting in the famed Winchester 400 at Winchester(IN) Speedway to crowned as the ARCA/CRA Super Series champion. The 27-year-old went into that crown jewel race seeking his second consecutive series title. However, things did not work out as well as the season-long points leader on that tour had hoped and he ultimately settled for second in the final series rundown.

“It was a big deal to me and my team to be the regular season champion,” Brock declared on his JoshBrockRacing.com website.  “It maybe should be recognized a little more, but it was a big accomplishment.  We put a lot of effort into this season and I think it showed.  The two wins were huge, but just as important I felt like we were a threat everywhere we went this year.”

But more than the individual race wins and the championships won and lost, Brock has also achieved victory in a much more important battle in his life. In July of 2017 the racer was diagnosed with Non-Hodgkin’s Lymphoma, a cancer that originates in the person’s lymphatic system which serves as the disease-fighting network spread throughout the body. However, after treatment, Brock was declared cancer-free in January of 2018.

The No. 17 team posted a season of remarkable consistency on the ARCA/CRA Super Series by earning the previously mentioned two victories along with eight top-5 and thirteen top-10 finishes. And while there was disappointment in not winning the championship, Brock remains optimistic about his team’s efforts in 2019.

“We’ve had a great season,” the driver stated in an interview with InsideCircleTrack.com. “We got two big wins and we’ve been competitive all year long. I think there’s only one race we went to all year where we could say we were not competitive. It’s always a good feeling no matter where you go when you’re showing up being competitive, being up front, and leading laps. We’re really confident. This car is handling way better than it was earlier in the year and I’m really excited.”

Asphalt Late Model racing has some races that stand out among the rest in terms of payout and prestige. But whether his car is being prepared for the Winchester 400, the All-American 400, or any other event that might come up on his racing calendar, Brock says that his team tries to be as thorough as possible each time their Fury Race Car hits the track. 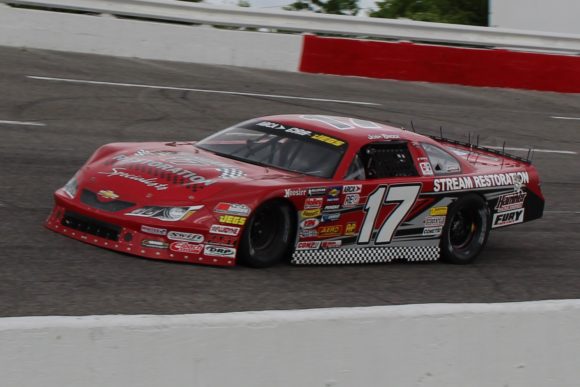 “We treat all of our races basically the same,” Brock pointed out. “The biggest thing between a 100-lap Late Model race vs these 300 or 400-lap races is you worry more about some things so you double check stuff and make sure your motors are absolutely perfect. But overall prep wise if we were going to go somewhere to run a 35-lap hometown feature we’d probably do the same thing. Competition is amazing right now even though the car counts are low. The talent is amazing so we always prep very good and very hard to run these big long races.”

One thing that is definitely different about the bigger races compared to those of lesser stature is the amount of time spent inside the car during competition.

“It’s always harder,” Brock said just prior to the running of the All-American 400 in Nashville. “400 laps is hard and we just got done with Winchester. This race here is on a little bit bigger track and the pace is a little slower than Winchester so it will be a longer race and more time in the car. As far as fitness, I’m not in the greatest shape but I’m plenty good for this.”

To aid his pavement racing endeavors, Brock can occasionally be seen racing on dirt. He says there are elements of pavement and dirt racing that can allow the two very different forms of racing to benefit each other.

“It’s more for fun to keep me better off and keep me tuned up,” Brock explained of his exploits on clay surfaces. “I enjoy dirt and it’s all fun. But overall, it’s to have fun and I feel like it helps me as an asphalt driver. All of our love is in asphalt racing. We love it and when you’re good at it that makes it pretty good also. I do love dirt and we try to run anywhere from five to ten dirt races a year which is a pretty good amount but asphalt is where it’s at for us.” 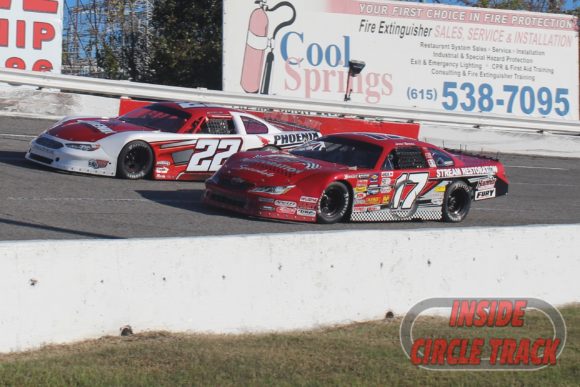 Josh Brock(17) alongside Casey Roderick in the All-American 400

In particular, finding ways to make a mishandling car behave can be learned by switching up the racing surfaces from time to time.

“They kind of go back and forth but the biggest thing is learning car control on dirt,” he added. “You can make mistakes and still be fast in dirt but the biggest thing is to get in a good rhythm and have really good car control which helps you on asphalt. On asphalt you can make a minor mistake and lose so much time vs dirt. On asphalt you’ve got to fine tune everything and I’m not saying that the case on dirt because it helps me as an asphalt driver. When certain things happen like when the car is mishandling or you’re getting drilled from behind it enables me to have better car control.”