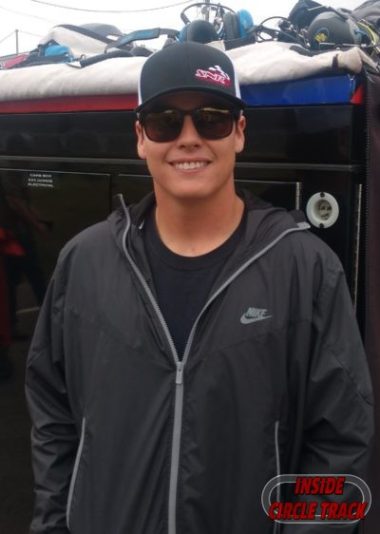 Sometimes you can just see that something big is about to happen. That very well could have been the case for those who follow Super Late Model racing on pavement leading into the 48th annual Winchester 400 held at the historic Winchester Speedway this past Sunday.

For those paying attention, many signs leading into that race pointed to all the pieces falling into place for Pinellas Park, Florida native Stephen Nasse taking the checkered flag on the venerable old track located in the eastern half of Indiana and known for its worn surface and steep banking. After all, the 24-year-old driver was coming off of a Labor Day weekend sweep at Winchester in which he had won a Jegs CRA All Stars Tour race and an ARCA/CRA Super Series event as part of the World Stock Car Festival.

And more, Nasse had progressively been ending his efforts in the Winchester 400 closer and closer to the front with each successive attempt. In 2014 the No. 51 machine had crossed the finish line in the 9th position, 2016 produced a 7th place effort then there was a 5th in 2017 followed by a 4th place result in 2018.

Indeed, the time had come in 2019 for Nasse to finally score the win in one of this form of racing’s biggest events. After starting from the front row then leading a record breaking 392 of the 400 laps, the Jett Motorsports car sailed under the checkered flag to score the driver’s first crown jewel event victory.

“It’s tough to put together 400 laps like that whether it’s putting the race together as a driver or the car making it through 400 laps,” Nasse explained in an interview with InsideCircleTrack.com. “We were fortunate enough to get lucky by getting the lead early, which is what we wanted to do, then it was kind of smooth sailing from there.”

But Nasse pointed out that while his car was very good on Sunday, it still was not quite a fast as it had been on Labor Day weekend.

“The car wasn’t perfect,” he declared. “It wasn’t even as good as I feel like it was on Labor Day so we were fortunate enough to have good track position all day. I got far enough ahead of those guys so that it made it tough on them to catch me once my tires started wearing out a little bit.”

Completing 400 circuits on the high-banked and worn surface of the Winchester Speedway is a rigorous task for any racer or race car. Having to do so while holding back determined challengers like ARCA Menard’s Series regular Chandler Smith only added to the difficulty.

“It’s definitely not the easiest thing,” Nasse declared. “I’ve made quite a few of these 400’s so I know what you’ve got to expect. As far as what it does on your body, it’s tough, especially in the position I was in late in those runs. In the early going when I got tires it was easy and the car was really good so the handling was smooth. Once you get later out in those runs, the handling starts going away and it really turns into a handful. I had that 51(Smith) on my tail for a while there so I was driving the car 90% most of the race, which is unusual. Having to do that for 400 laps is tough but thankfully everything held up and we were able to come home on top.”

The historical significance of the Winchester 400 can be seen in the legendary names of the drivers Nasse is now linked with as winners of this race. Mark Martin, Rusty Wallace, Kyle Busch, Chase Elliott, Bob Senneker, Mike Eddy and someone who the 2019 winner has looked up to are among those who have taken a Winchester Rifle trophy from Indiana.

“It’s great,” Nasse said of joining that prestigious list. “I know Mike Cope and the Cope family really well and I know he won that race three times so it’s just an honor to be able to mark my name up there as well. I feel like Winchester is a strong track for me.” 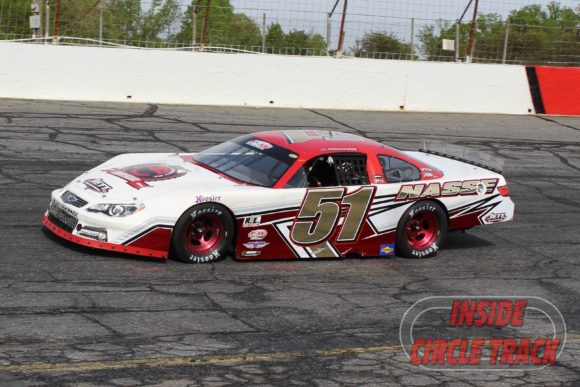 “It’s not easy obviously,” Nasse pointed out. “We’re not out there winning every race, but for the regular season as far as being shorter races, you can really go a lot harder on your stuff and put yourself in certain positions, more risky positions. A lot of times those moves turn out pretty good in those races. But the 400-lap races race way different. I think with my experience running long races, I’ve been running 200+ lap races since I was 15, so the experience of knowing how to take care of it helps a lot.”

The driver who won the Ice Crusher 150 in his home state earlier this year at Showtime Speedway hopes to add even more big wins to his résumé in the near future, both near his home and much further away.

“Obviously I want to win the Governor’s Cup since it’s close to home, the Snowball Derby is obviously one of the big ones as well,” he stated. “Anything you can think of that’s got Super Late Model attached to it is something I want to be involved in. Super Late Model is my favorite type of racing and it always has been. I think it always will be. I want to get my name on all those trophies throughout the whole U.S. and anywhere really.”

Even races outside the U.S. are on the No. 51 team’s radar screen.

“We’re making plans to go to Canada, we’ve tried to for a few seasons, but it’s hard to make that trip but hopefully we can make it in the near future.”

And finally, Nasse doesn’t consider this one race to have been a breakout sort of win in terms of capturing the sport’s top events. Instead, he considers it a continuation of a climb he hopes will take him to victory lane in many more of Asphalt Late Model racing’s premier events.

“I don’t think that was a breakout win as much as this has been a breakout season as far as clicking big wins off. I really feel confident in our team right now and I think with the age and experience that I’ve gotten it’s all finally coming full circle. Hopefully it shows in the regular season. I’m confident it’s going to show come Derby time, and All-American, and Governor’s Cup. But I really want to flex some muscle in the regular season as well. I feel like we’ve been able to do that over the last couple of years and I’m hoping we can pick back up where we’re going to leave off. I do have faith in my team and the big races we have coming up, we always pull through and run really well so the best thing we can do is keep the faith and hope for the best.”