Skip to content
Home NASCAR Blogs Playoff Racing: You have won me over

Playoff Racing: You have won me over 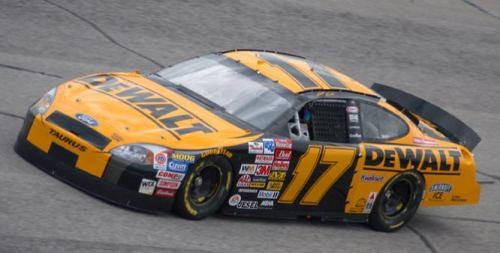 Matt Kenseth posted consistent finishes that led to his 2003 championship

Matt Kenseth drove to such an impressively consistent season in 2003 that he wrapped the NASCAR Cup Series title even before the green flag was waved over the field at the season finale race at the Homestead-Miami Speedway. Despite the fact that he only scored one victory that year, the 25 top-10 finishes Kenseth compiled were enough to allow him to be crowned as the series champion following the season’s penultimate race in Rockingham, NC.

Even though he had won more than twice as many races as any other driver on the series that season, Ryan Newman could only muster a sixth place finish in the final series standings. The eight checkered flags that year were not enough to overcome the fact that he posted eleven results outside the top-20 in 2003.

Up to that time, the point system formula used by NASCAR rewarded consistency and punished those who failed to make it to the finish line at the end of each and every race. It was a system that had been drawn up, on a napkin according to legend, with the intent of encouraging racers to run all of the events in an era when there needed to be such encouragement. And for years it had accomplished that very thing.

However, the era of multi-million dollar television contracts and major corporate sponsorship of race drivers and teams was not a place where the rewarding of someone seemingly choosing to run in positions 6-10 was looked upon favorably. As a result, then NASCAR boss Brian France announced that a change would be forthcoming.

No doubt driven by television partners, sponsors, fans, and perhaps even some teams, the Chase for the Championship was born at the beginning of 2004 campaign. Under this new system, the top-10 in the standings would have their point totals re-set with ten races remaining on the schedule and would then race it out over those final events with the driver scoring the most points in that segment being declared the champion.

When I first learned of this change, I thought it was the dumbest thing I had ever heard. Keep in mind, this was a sport that had always had its champion decided based on how that driver had done over the course of an entire year, not just a few races at the end of the season. To me at that time, it seemed as if NASCAR had turned its world upside down and had buried the traditions that had built the sport.

Of course, that initial Chase system has since been changed and tweaked to the point that we now have in place the NASCAR Playoffs format which rewards running up front and winning races in a way that had not been a part of the sport in the decades leading up to 2004. 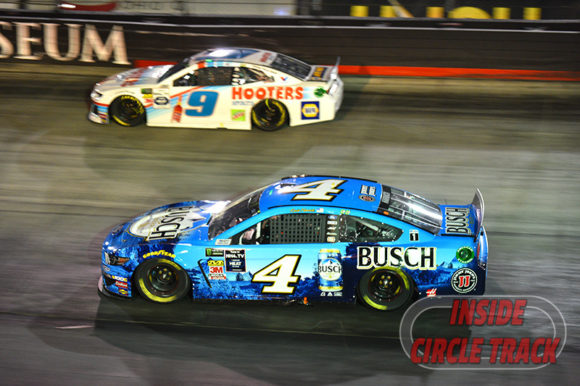 Until the past couple of years, I had steadfastly held on to my disdain for the playoff system believing that it crowned a driver who happened to simply get hot at the right time as the champion rather than rewarding those who had been consistently good throughout the season. However, I have come to modify that opinion of late.

In the era we live in today, like it or not, sports are as much or more about entertainment as they are about the true intent of the sport as it was originally created. Baseball, football and basketball have all changed over time to add more entertainment value to their products whether it be “juiced baseballs” and smaller parks, rules that favor more passing than running, or three-point shooting sprees, each of those sports have evolved over time in a way that has caused them to lean more toward the entertainment side than the ‘original intent of the game’ side.

This week I listened to the ‘Dale Jr. Download’ podcast as show host Dale Earnhardt Jr. and guest Richard Petty discussed that very point. Each seemed to agree that for the sport of racing, and NASCAR in particular, must change with the times in order to survive. That further cemented my own emerging view by showing that if two men who have made their livings in racing sense the need to change, then I should be able to accept modifications as well. 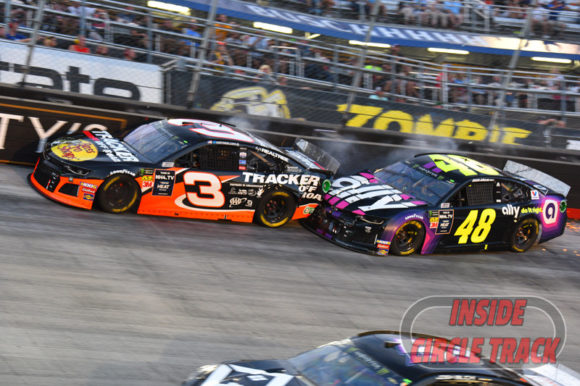 I have recently come to enjoy the strategy plays being made throughout races and throughout entire seasons as teams work to put their drivers in the best positions to advance toward a championship. I have also come to enjoy the hard charging styles that many drivers have had to adopt in order to win races or move up in the running order at the stage breaks.

This is not to say that the sport is better or worse than it once was. It’s just different. And while some aspects of the sport may have changed over the years, the idea of building a car and driving it as fast as possible has not. As long as that ideal remains in place, the sport will remain, at least in the most important degree, true to its roots.

I’m 52-years-old and have witnessed some of NASCAR’s most historic moments in person. Richard Petty’s 200th win at Daytona, the first four wins of Dale Earnhardt’s career, and Darrell Waltrip’s incredible streak of wins at Bristol Motor Speedway are all events lodged in my memory bank. And I am hoping that many more are yet to come in whatever form the sport takes.