Drivers Looking to Claim a Crown Jewel in All-American 400 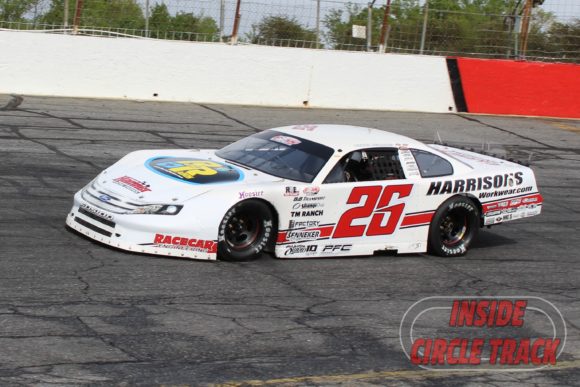 Bubba Pollard was the 2016 winner of the All-American 400

One of pavement short track racing’s premier events will take place this weekend when the 35th annual All-American 400 takes the green flag on Sunday, November 3rd in the state capital of Tennessee at the Fairgrounds Speedway in Nashville. This race along with the Snowball Derby at Florida’s Five Flags Speedway, the Winchester 400 at the Winchester(IN) Speedway, the Oxford 250 at the Oxford(ME) Plains Speedway, and the Winter Showdown at Kern County(CA) Raceway Park are considered among the the crown jewels of Asphalt Late Model racing.

A simple glance at the list of past winners in the All-American 400 show that this race is steeped in history. Butch Lindley won the first All-American 400 in 1981. Since then, the likes of NASCAR greats Darrell Waltrip, Rusty Wallace and Chase Elliott have triumphed on the high banks of Fairgrounds Speedway along with racing legends such as Gary Balough, Jeff Purvis, Jim Sauter and Bob Senneker have scored wins. In more recent times, modern-day heroes Bubba Pollard and Donnie Wilson have taken checkered flags away from this storied venue. 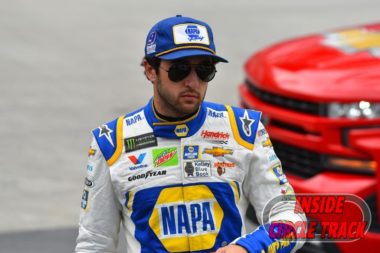 Balough’s victory in 1986 made him the first two-time winner of this race while Purvis stands as the only three-time champion. Purvis’s wins did not come without some controversy as he crossed the finish line ahead of the field in 1991 but his car was initially deemed to be illegal due to an unattached weight. However, officials reversed that decision later and re-instated Purvis as the victor. The Clarksville, Tenn. native went on to claim this race again in 1992 and 1995.

Sunday’s race will be somewhat of a comeback for the All-American 400 as the 2018 version of the race was postponed due to rain last fall before a makeup attempt in the spring of 2019 was also shelved due to weather. This year’s event will be a showcase for Super Late Models although Pro Late Models briefly served as the main attraction in 2014 and 2015.

Pro Late Models will have their own 100-lap feature on Sunday preceding the primary race. One of those drivers will earn $6,500 for the win but could potentially be paid as much as $7,500 depending lap leader bonuses and pole awards.

Former champions such as Pollard(2016) and Wilson(2017) will be among those vying for glory in Music City along with drivers such as recent Winchester 400 winner Stephen Nasse, Casey Roderick, Ty Majeski, Chandler Smith, and North/South Challenge winner Josh Brock as those who hope to earn their first All-American 400 win.

Check out –> Dirt and Pavement Crossovers Regaining Popularity Among Racers on InsideDirtRacing.com. 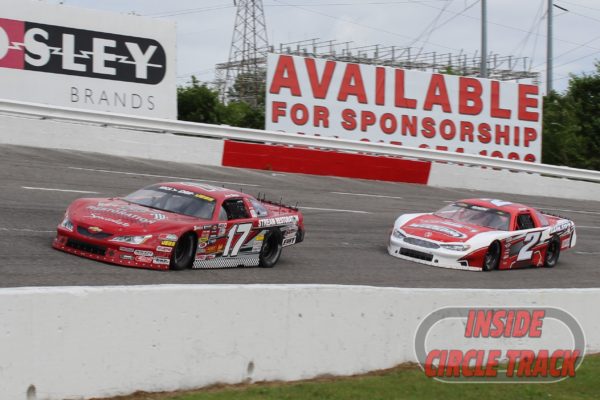 The All-American 400 takes the need for hired pit crews away by allowing for controlled pit stops under caution. In other words, a car will not lose positions or get lapped when pitting under yellow conditions. And should those cautions not occur for other reasons, “competition cautions” will be utilized should a green flag run exceed 50 consecutive laps.

Many races contested for Super Late Models typically run in the 100-200 lap range with some reaching 250 circuits. The crown jewel events cover distances of 300 and 400 laps. With those extra laps will come the need for strategy and conservation to assure that the car makes it to the end of the event with a chance to win. Further, the drivers themselves will be tested as they are called upon to wrestle their powerful machines around the worn surface of the .596 mile track.

A race such as this will draw in many of the biggest stars in the sport of Asphalt Late Model racing. This weekend will be no exception.

Whichever driver and crew can complete the distance and overcome the obstacles they will face over 400 laps in the most efficient manner will leave Nashville with a very cool guitar trophy along with a check valued at $22,000.