The unthinkable nearly happened at Bristol Motor Speedway Saturday night. A driver, who was informed he was losing his ride, almost picked up his first career win in the Bass Pro Shops NRA Night Race. Instead, Denny Hamlin spoiled the party to pick up the win.

Matt DiBenedetto was informed earlier in the week he would no longer be the driver of the #95 Levine Family Racing Toyota for the 2020 season. Since the team has an affiliation with Joe Gibbs Racing, rumors persisted for weeks that DiBenedetto was in danger of losing his ride to either Christopher Bell or Erik Jones. But the news did not deter DiBenedetto who led the Bass Pro Shop NRA Night Race late in the 500-lap affair only to see Hamlin grab the lead with 12 laps to go. 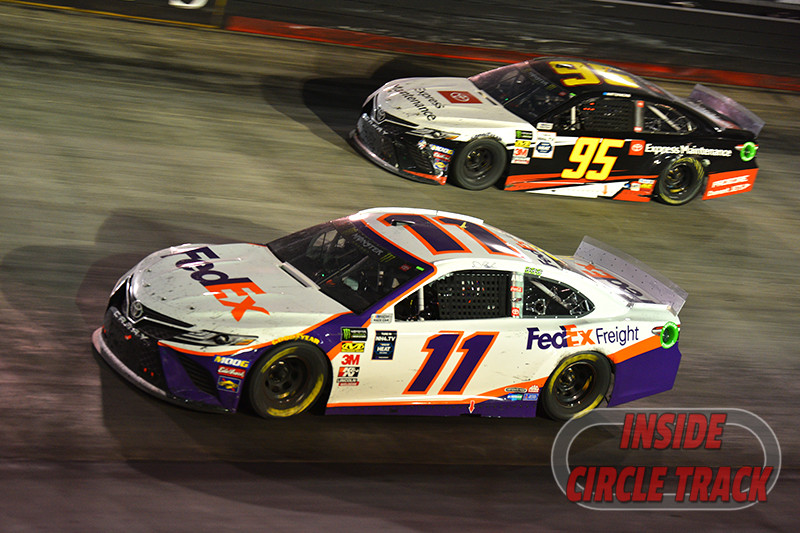 An emotional DiBenedetto fought back tears following the race while being interviewed on pit road.

“Congrats to Denny. He raced hard. I’ve been a fan of his since I was a kid. To be racing door to door with him at Bristol, in front of a great group of fans. I’ll try not to get emotional, but it’s been a tough week. I just want to stick around and keep doing this for a long time to come. I love it. I love the opportunity. I’m not done yet.”

“Something will come open. It’s going to happen. I’m here to win. Something’s going to come open. I’m proud of these guys. Thankful for my wife and fans for sticking with me. It’s been a tough journey, a hard week. Cool for this team.”

The crowd gave DiBenedetto a huge ovation after the interview that was broadcast over the track’s P.A. system.

Hamlin was the pole sitter for the race and led the first 14 laps of the race. Pit stragedy by Hamlin deep in the pack and fought his way back to the front before running down DiBenedetto and eventually passing him for the lead with 12 laps remaining.

The race saw plenty of ebbs and flows during the 500-lap race. Ten different leaders took turns pacing the field. After Hamlin led the first 14 laps. Kyle Larson put his Chevrolet up front for 9 laps. Hamlin retook the lead from Larson and the pair swapped the lead a total of five teams before Brad Keselowski entered the picture on lap 130. 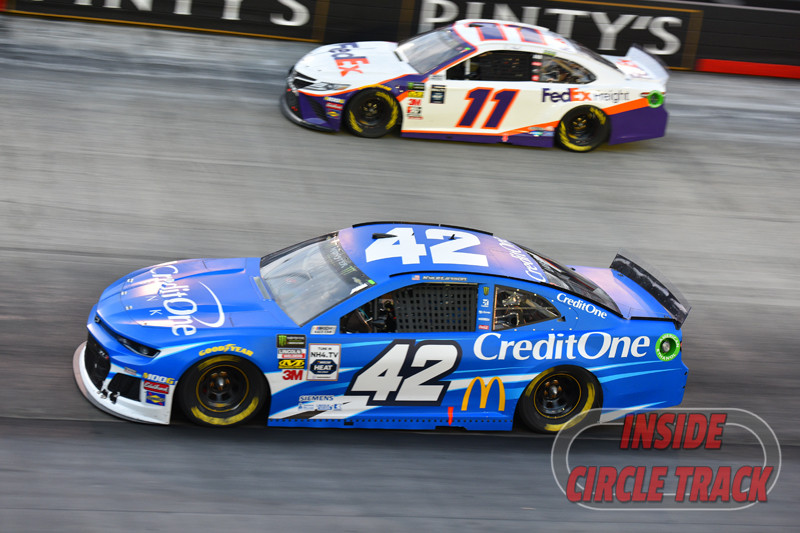 Kevin Harvick looked to be firmly in control after passing Chase Elliott for the lead on lap 164. Harvick lost the lead in the pits when his teammate, Aric Almirola, was spun by a slower car on lap 191. Harvick later suffered from transmission failure that ended his night early.

Food City 500 winner Kyle Busch started the race back in the field after a poor qualifying effort on Friday. Busch would go a lap down with a flat tire and pitting under the green flag. Taking the wave around on a couple of close cautions allowed Busch to get back on the lead lap before the end of stage two. Busch than took the lead by staying out during the stage two caution.

Busch and Keselowski traded the lead eight times until a caution on lap 364 saw the leaders pit. Jones inherited the lead and led for the next 23 laps. 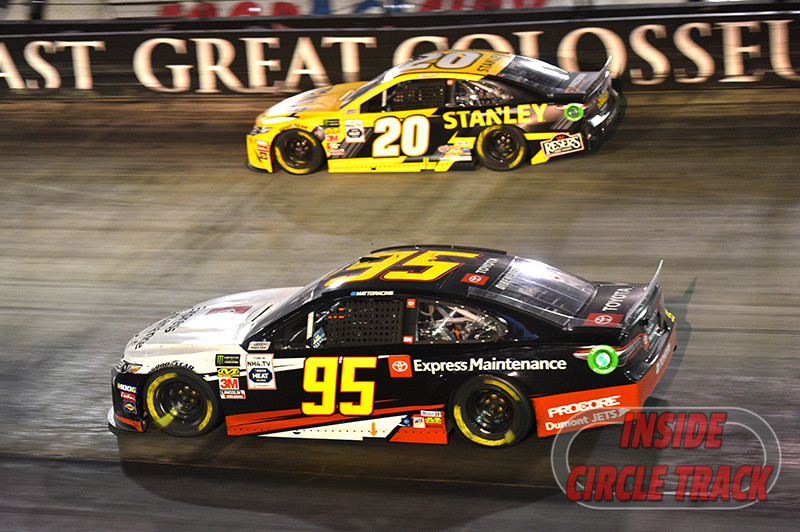 DiBenedetto took the lead from Jones on lap 396 and led 93 laps until Hamlin made the race winning pass on lap 488.

Jimmie Johnson’s bid to make the playoffs was dealt a blow when Austin Dillon cut a tire on lap 81. Johnson’s Camaro sustained some damage and the 7-time champion fell a lap down. Like Kyle Busch, Johnson used timely cautions to get back onto the lead lap. But Johnson struggled most of the night and finished four laps down to record a 19th place finish. 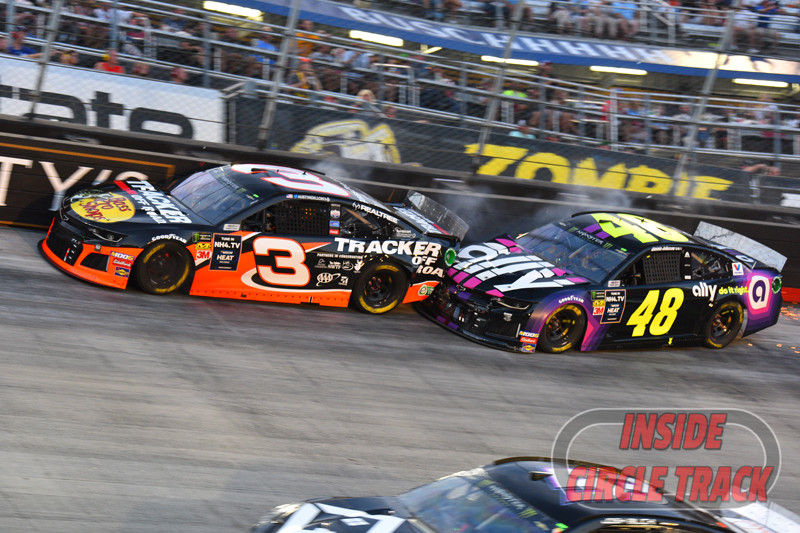 Only seven cars finished on the lead lap. Early contenders Ryan Blaney, Clint Bowyer, and Kurt Busch all finished one lap down, but recorded top 10 finishes. The race was slowed by 8 cautions for 61 laps. 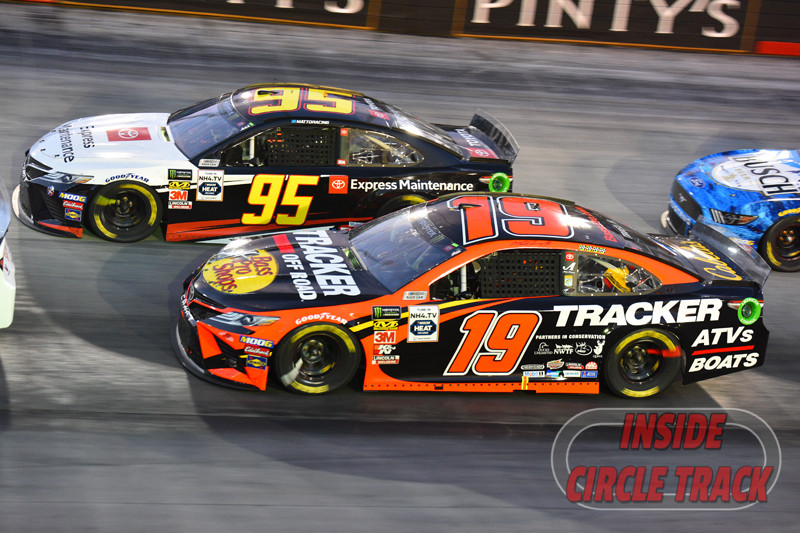 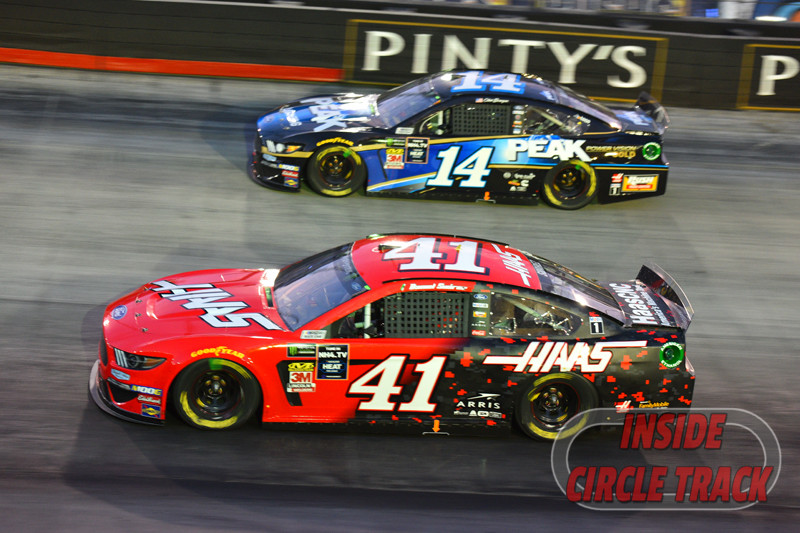 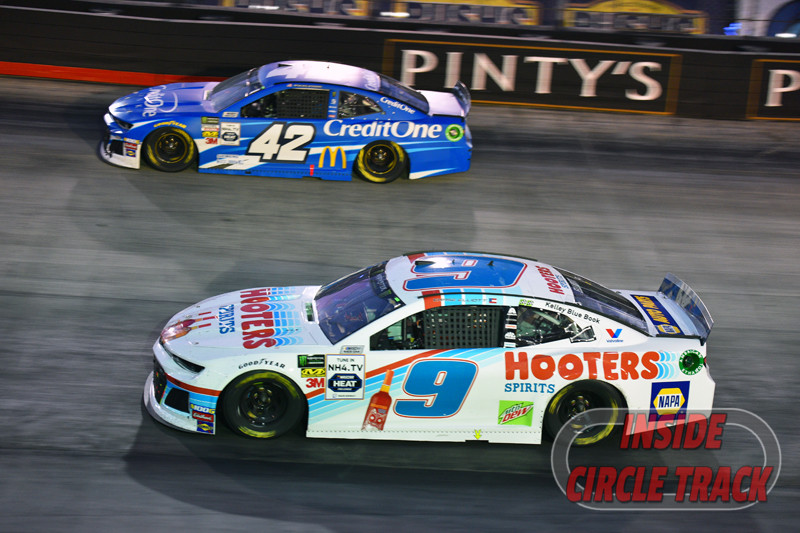 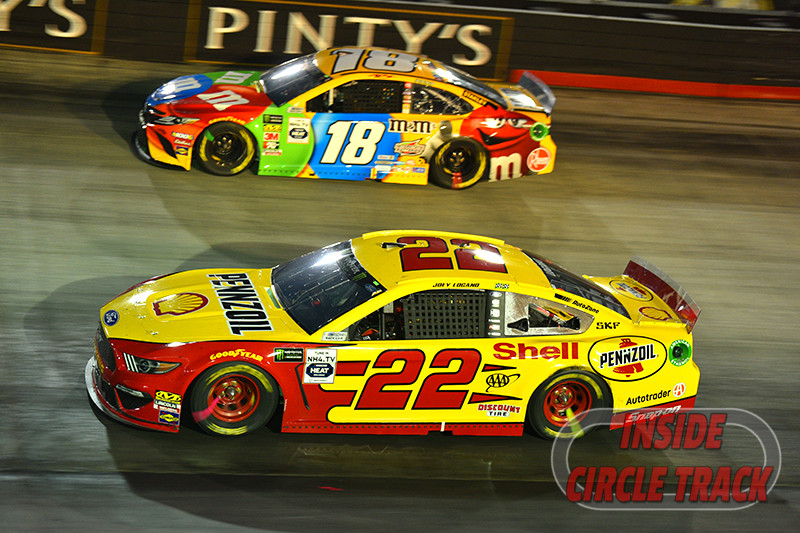 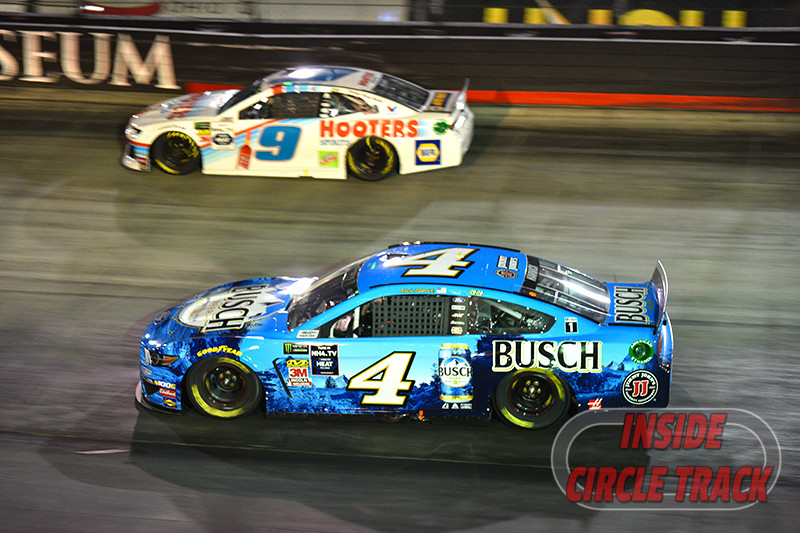 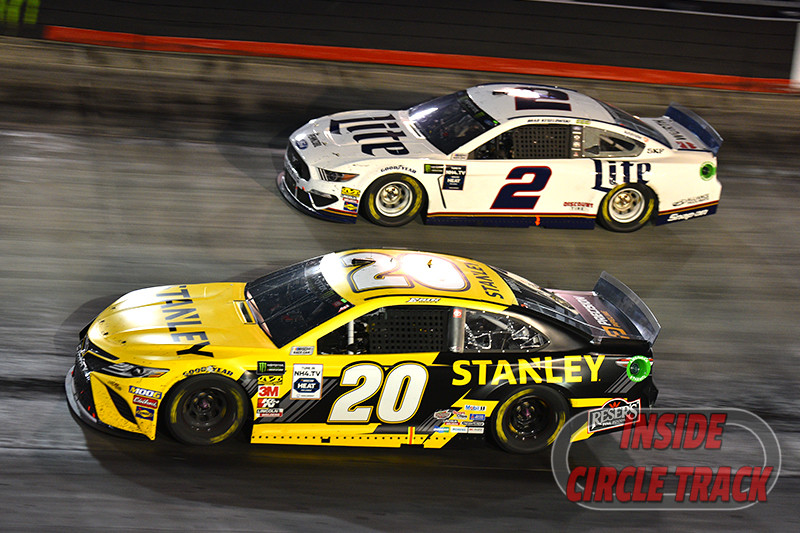