Six NASCAR Drivers Who NEED to Win a Race

Every driver and team on the Monster Energy NASCAR Cup Series wants to win. However, there are several drivers who NEED to win, and they need to win very soon for multiple reasons.

Obviously, a win at some point during this stretch of seven events leading up to the NASCAR Playoffs would serve a driver and his team well by essentially assuring them of a spot in those playoffs. Further, the contract status of some drivers going beyond this current season may be undecided and a win could show their current team or a prospective future team that he is capable of parking a car in victory lane.

But winning isn’t always just about contract status or making the playoffs. More than that, there are some drivers who just need to inspire confidence within their teams that all the work that goes into getting a car ready to race can have the benefit of having a post-race picture taken beside a winning car. And more, those sponsors who put millions of dollars into the sport to back a race team want to know that there is the possibility of seeing their car photographed as it passes under the checkered flag to score a win.

Also keep in mind that the days of showing loyalty to a driver who has had success in the past or patiently waiting for a young driver to develop are over. In the high cost world of NASCAR racing, the ability to attract sponsorship is every bit as important, if not more so, than performance in terms of landing or keeping a ride. Thus, a driver’s marketability now matters as much as the ability to maneuver a car around the track.

Still, everyone wants to win from the owner to the driver to the crew to the sponsors to the administrative workers within the organization. So from that standpoint, winning still matters.

With all that said, here are six drivers who NEED to find victory lane at some point within the next few weeks for a multitude of reasons:

Clint Bowyer: After earning two wins last season and having his playoff ticket punched pretty early in the campaign, Clint Bowyer now finds himself this season flirting with the playoff cut line at 14th in the standings going into the race in New Hampshire. Considering that there can be upsets in which drivers further back in the standings could win and guarantee themselves a playoff spot or that a poor run or two could drop the No. 14 Stewart-Haas Racing team even further back, a win in the near future would seem essential.

And more, Bowyer’s contract status appears to be in limbo. While it is not publicly known for sure, it is believed that the driver’s term with SHR will be up at the end of 2019 unless an extension is signed. A win would go a long way toward a re-signing here or opening a door with another operation. 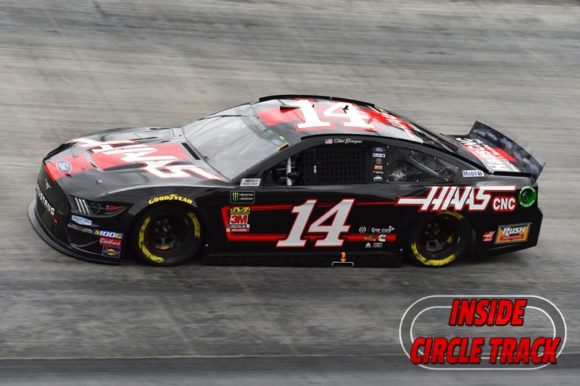 And getting back to the marketability issue mentioned in the opening of this piece, there have been multiple races this season in which Haas Automation has been listed as the primary sponsor of his car, which essentially means the co-owner of the team is footing the bill. If the organization believes it can find a driver who would bring in more sponsorship money, the prospect of losing the ride would grow for the 40-year-old Bowyer.

Winning a race or two over the remainder of the season might just show sponsors and would-be backers that this is indeed a driver who can score victories, if that still matters in today’s NASCAR.

So yes, it seems safe to say that Clint Bowyer NEEDS a win at some point in the near future.

Ryan Blaney: While contract status does not necessarily appear to be an issue for Blaney, just proving that he can win races at the Monster Energy NASCAR Cup Series level on a consistent basis is. While his two Team Penske teammates(Joey Logano & Brad Keselowski) have each already won multiple times in 2019, Blaney has yet to make a trip to victory lane. And further, his lone win with the Penske organization came late last season in the “Roval” race at Charlotte Motor Speedway and was essentially gifted to him when first and second running Jimmie Johnson and Martin Truex, Jr. tangled in the final turn on the final lap. 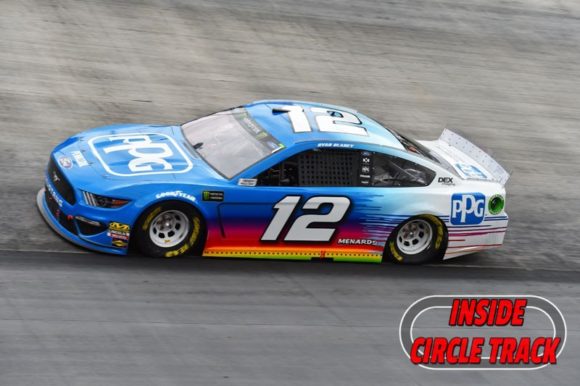 It certainly appears as if there is a great deal of potential here, as indicated by his efforts in the Gander Outdoors Truck Series and the Xfinity Series, but the question of whether this driver is living up to that potential will eventually arise if he does not soon start winning races for the powerful team he drives for.

Further, Blaney is currently 11th in the MENCS standings which opens the door to the possibility of missing the NASCAR Playoffs should a driver or two further back in the standings punch their own ticket in by winning a race. And considering how events played out recently in Daytona, nothing of the kind should be discounted.

Again, Blaney’s job status does not appear to immediately be at stake, but the need to prove that he can be a consistent winner is. His team, his sponsors, and no doubt he himself would very much appreciate that confirmation.

Kyle Larson: Few seem to question Kyle Larson’s ability behind the wheel of a race car. However, this is a driver who did not win a Monster Energy NASCAR Cup Series race in 2018 and is again in the midst of another winless effort now more than half way through the current campaign. And more, the explanation that the Chip Ganassi Racing team’s equipment is not up to par has taken a blow this year as Kurt Busch has been competitive throughout 2019 and has now won a race and holds the 7th spot in the series rankings. 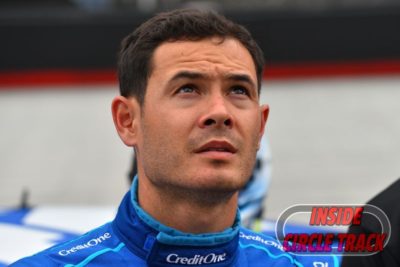 The driver of the No. 42 Chevrolet currently sits 13th in the standings which leaves him vulnerable to missing the NASCAR Playoffs which he has been a part of for the past three seasons. A couple of poor outings or a surprise winner from further back in the standings could place Larson on the proverbial bubble.

Also consider that of the 26-year-old racer’s five career victories at the Cup Series level, three have come on the same track and one was at a facility very similar in nature which might lead some to wonder if Larson can win on a greater variety of speedways. Three of his previous wins were at Auto Club Speedway in Fontana, CA while one came at the very similar Michigan International Speedway.

Larson reiterated earlier this weekend that his contract status is not an issue. So job security is not a concern for the California native. But the question of can he win on a consistent basis and contend for titles remains.

Erik Jones: Kyle Busch(4), Martin Truex, Jr.(4), and Denny Hamlin(2, including the Daytona 500) have all won in 2019 for Joe Gibbs Racing while Erik Jones has yet to tally a victory(although he does have four 3rd place finishes). As a matter of fact, since taking over No. 20 Toyota this driver has only scored one triumph and that was in a restrictor plate race at Daytona last July. 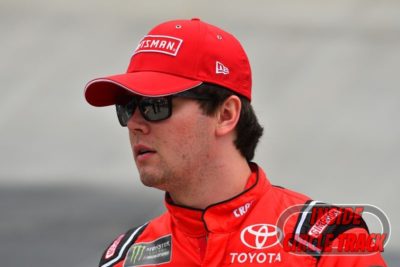 Following a career in the Xfinity Series that saw him garner a total of nine wins, Jones appeared to be a “can’t miss” star at the next level. And of course, he still might be exactly that. However, it would seem fair to say that his time in the Monster Energy NASCAR Cup Series has been a bit lackluster to date, especially considering that he is driving for the hottest team in the series.

And how often in this sport have we seen “can’t miss” stars … miss?

It has been reported that the 23-year-old driver is working on a contract extension with JGR. Showing that he can win races at least somewhat on the same pace as his more experienced teammates would no doubt help his cause in those talks.

But more importantly, he just needs to win to show that he can do so to his crew, his sponsors, and himself.

William Byron: Getting to take over one of the most iconic rides in the history of the sport can be a double-edged sword. Yes, it is a great opportunity, but at the same time, such an opportunity comes with very high expectations. People are used to seeing the Hendrick Motorsports No. 24 Chevrolet run up front week-in and week-out and it has not been doing that over the past couple of seasons. 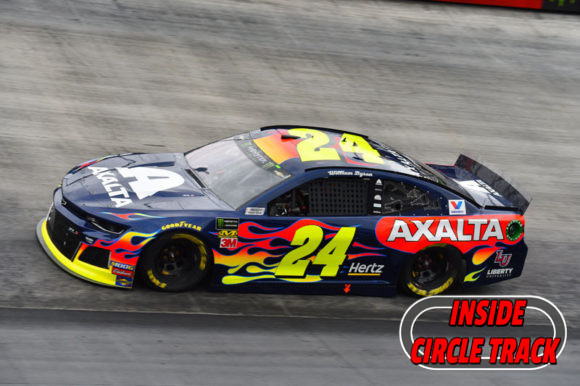 And to add to those lofty expectations, HMS this season has paired Byron with the crew chief many(including this writer) would consider that greatest pit boss of all time in Chad Knaus. If Byron does not produce as a driver, no one is going to blame the seven-time championship crew chief for the failure.

I would go so far as to say that no driver has ever been put in such as position as to lead to a harder fall than this one should thing ultimately not work out.

Byron has definitely shown that he can qualify well. After all, he has captured three poles so far in 2019. And his consistency has improved over last year when he finished 23rd in the final standings. The former Xfinity Series champion currently resides in the 12th position of the standings, which like the other drivers mentioned in this piece leaves open the possibility of missing the playoffs.

Perhaps now that Byron is hitting several of the tracks on the schedule for the second time around with Knaus on top of the pit box his performance will improve. But also just like the other drivers mentioned here, this 21-year-old needs to prove to others, and himself, that he can win at the top level of this difficult and often unforgiving sport.

Daniel Suarez: This driver is now in his third season at the Monster Energy NASCAR Cup Series level in highly competitive equipment following two less-than-stellar years with Joe Gibbs Racing and now with Stewart-Haas Racing. But the former Xfinity Series champion has not shown that same prowess at the top tier of the sport as he showed at lower levels.

The 27-year-old Suarez is currently 18th in the MENCS standings which places him on the outside looking in regarding the playoffs unless he can string together seven consecutive runs within the top-10, or even the top-5. And the likelihood of such a string of efforts actually happening seems remote considering that in two-and-a-half seasons he has only scored a total of six top-5 finishes.

Suarez’s contract status does not appear to be in immediate jeopardy but at some point performance has to improve to show everyone that this driver is in his rightful place. 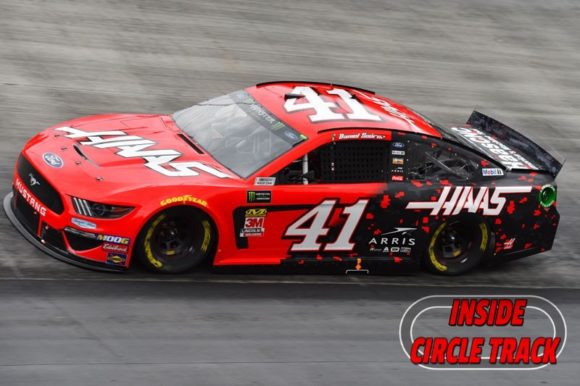 Of course, one thing that has to be taken into consideration is that the tenure of a driver with a particular team has as much to do with sponsorship as it does with performance these days so very little of what has been written above may matter in the long run. We have seen very good drivers lose rides because someone else had more sponsors lined up to help a particular team pay the bills. And we have seen drivers with seemingly little going for them in terms of performance hang on in the sport for years because they happened to have sponsorship dollars at their disposal.

Let’s see which, if any, of these drivers can rise to the occasion over the remaining weeks of the regular season and the season as a whole and win. Again, if that even matters anymore.