Whenever the NASCAR Gander Outdoors Truck Series makes its annual trek to the Eldora Speedway much attention is typically focused on driver Stewart Friesen and his Halmar Friesen Racing team. The Canadian driver is regarded as one of the top Big-Block Modified racers on dirt and many believe those skills will serve him well on the famed half-mile track located in Rossburg, OH. And that faith in the 36-year-old appears to be well placed as he has recorded finishes of second and third in his last two appearances at the Tony Stewart-owned facility.

This year, Friesen enters the Eldora Dirt Derby in somewhat of a precarious position. Following a first lap crash that resulted in a 32nd place finish this past Saturday at Pocono Raceway, the No. 52 teams sits just 13 points above the cutline with the NASCAR Playoffs for the truck series looming in the near future. 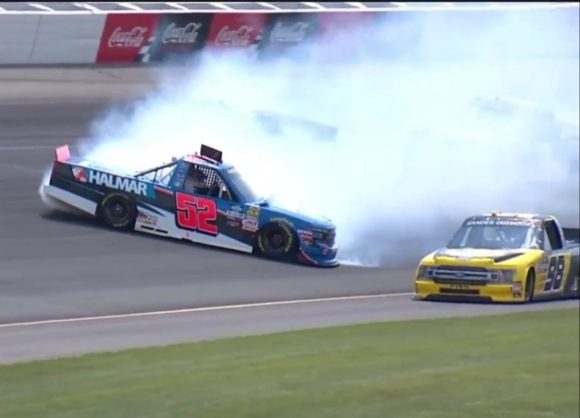 Friesen entered the Pocono event in what appeared to be great shape as he started from the third position and 60 points to the good in terms of making the playoff. However, things quickly went awry as he spun in the first turn on the first lap and was hit by another truck. That accident ended his day after it had only barely begun.

Following the incident the dejected driver was asked by Fox Sports about what had happened and about his feelings regarding the series move to a familiar dirt surface.

“I’m not really sure,” Friesen responded. “I spun around and made contact with the wall. I got to the apron there and it’s just a bummer. I had a lot of friends and family here today and just really, really disappointed. I wish I could have done more to last a little longer out there. We’ll be back but it just sucks right now. I don’t even know how to put it into words, it’s that frustrating. We’ll just go race as hard as we can. Whatever happens, happens. We’ll try as hard as we can to win a race.”

Going to Eldora, Friesen is hardly in a must-win situation. However, he is in a must-not-lose situation in terms of scoring points. Being in an environment that he should consider very comfortable when his experience on dirt is taken into account, this is a race in which he should gain points on those he is in competition with for those final playoff spots rather than lose them. 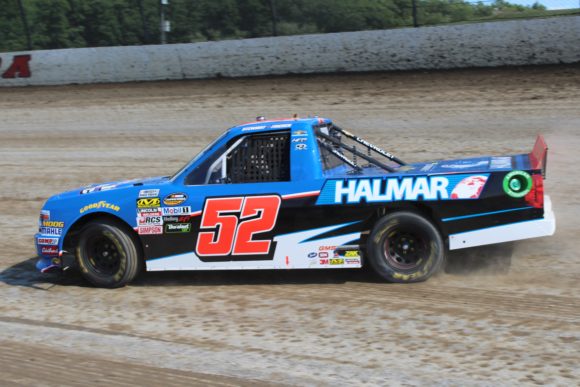 Stewart Friesen is considered among the favorites at Eldora

The final playoff cut is just two races away. Following Eldora, the NGOTS will head to Michigan International Speedway for the final event in the so-called regular season. If Stewart Friesen is to once again be one of the eight drivers in the fight for the series championship he likely needs to have a good night on Thursday.