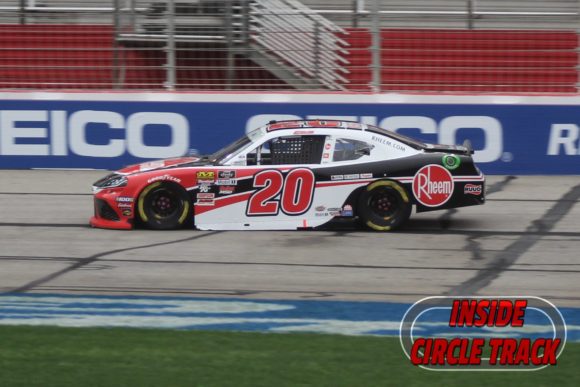 During Saturday’s Roxor 200 NASCAR Xfinity Series race at New Hampshire Motor Speedway there was a bumping match that took place between drivers Paul Menard and Harrison Burton that ultimately ended with Burton’s car spinning and tagging the outside wall in turn one on lap 155. Multiple television replays provided by NBCSN were used to show the progression of events that eventually led to the final outcome. Radio conversation between Menard and his crew left little doubt that the Monster Energy NASCAR Cup Series regular had intentionally bumped Burton as payback for previous contact.

After the race, the much younger Burton confronted Menard with TV cameras capturing the moment. The announcers, including Burton’s father Jeff Burton, commented on the difficulty for a young Xfinity Series driver to approach a MENCS veteran under such circumstances.

Yes, I understand that the broadcasters were talking about the age difference between the 18-year-old Burton and the 38-year-old Menard. And more, Burton is just beginning his career in NASCAR while Menard has been in the sport for more than 15 years.

In the end, the situation between Menard and Burton was a one-time deal that will soon be forgotten. But the issue of power house teams dominating this lower division of racing is something that takes place week after week.

A look at the finishing order from New Hampshire clearly illustrates that disparity. Christopher Bell won the Roxor 200 in dominating fashion driving a Toyota fielded by Joe Gibbs Racing. He was followed to the checkered flag by Cole Custer who drives for Stewart-Haas Racing, Justin Allgaier who drives for JR Motorsports(which has an alliance with Hendrick Motorsports), Tyler Reddick who drives for Richard Childress Racing and Menard who was piloting a Team Penske machine. 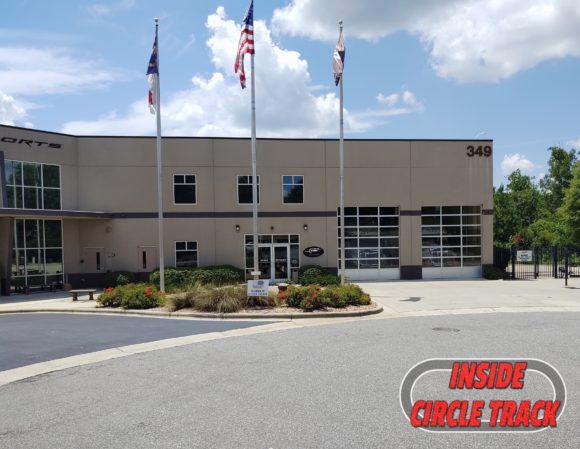 Cars from the JR Motorsports stable are maintained in this palatial Mooresville, NC shop

Obviously it benefits an Xfinity Series team run by one of those top-tier organizations when they can put a driver such as Kyle Busch, Joey Logano or Brad Keselowski in one of their cars. But the greater benefit comes from the engineering, aerodynamic, and other support aspects those teams receive from their big brothers on the Cup Series side. As a result, Xfinity regulars Bell, Custer, Allgaier and Reddick are sitting in cars fully supported by the best technology money can buy.

On the other side of the coin, look further down the final rundown from New Hampshire and names such as Ryan Sieg(8th), Jeremy Clements(15th), Brandon Brown(16th) and Gray Gaulding(17th) appear. Those racers drive for much smaller teams that do not even come remotely close to having the sort of budget that the bigger operations mentioned above work with. Further, the engineering department they rely on resides within the brains of the driver and the four or five crew members they are able to employ.

It’s a virtual miracle when these teams are able to beat out the monsters they have to race against. But amazingly, they sometimes do exactly that. 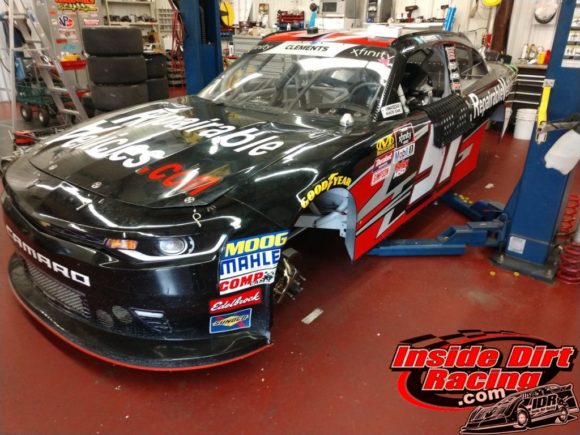 One of the cars driven by Jeremy Clements sits inside his Spartanburg, SC shop.

This piece was not written to advocate some sort of major overhaul that would result in the banning of operations such as Team Penske or Joe Gibbs Racing from competing in the NASCAR Xfinity Series. That would be irresponsible and detrimental. Instead, this piece was written to help focus the spotlight away from the Cup drivers vs. Xfinity drivers debate that is largely meaningless, especially with the NASCAR restrictions in place that limit Cup drivers from participating in too many lower level races.

The real focus needs to be on the fact that the lesser funded Xfinity Series teams such as those fielding cars for Clements, Brown and Sieg aren’t struggling to keep up because of driving ability. They are being overwhelmed by the engineering budgets of the behemoths in the sport.

So the next time announcers speak of driver differences just know that it’s in the engineering departments where the real differences are made not in the driver’s seat.