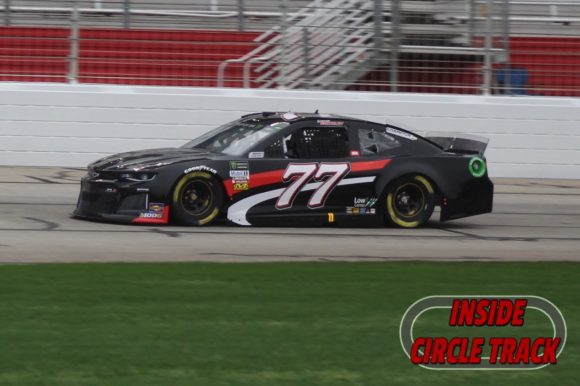 The Daytona International Speedway is often referred to the as the ‘World Center of Racing’ but this past Independence Day weekend the track located in the Atlantic coastal town of Daytona Beach, Fla. could have been more aptly named the ‘World Center of Feel Good Stories’ based on the way its two NASCAR sanctioned races played out.

And who doesn’t love a feel-good story, right?

Since the middle of 2018 watermelon farmer turned racer Ross Chastain has become the hero of many who have longed to pursue a dream. The Florida native got the chance of a lifetime and made it pay off last season when he won a NASCAR Xfinity Series race in one of his three chances with Chip Ganassi Racing. Initially he appeared to have parlayed that success into a full-time ride in NASCAR’s second series when sponsorship was made available for him to join CGR as one of their regular pilots.

But as has been well documented, Chastain’s opportunity dissolved when that sponsor ran into legal trouble and was unable to fund the driver’s racing efforts.

But not to fear, Chastain landed rides in all three of the sanctioning body’s top divisions for 2019 and has been the sport’s most active driver to date. However, most of those rides have been in what appeared to be less-than-competitive equipment.

Nonetheless, Chastain has made the most of his situation. He gambled at mid-season and switched his points allegiance from the Xfinity Series to the NASCAR Gander Outdoors Truck Series believing he would have a better chance at winning a championship there. And he followed that bold move up with a win in Iowa and seemingly placing himself in playoff contention only to have that victory taken away when his truck failed post-race inspection. But the next week the driver who would not be denied struck again, this time with a win that would stand at World Wide Technology Raceway. 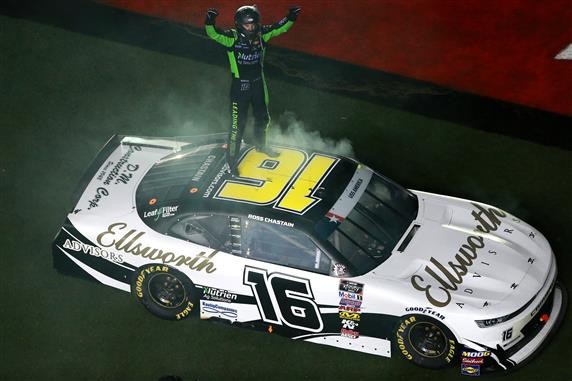 But Chastain wasn’t finished there. He came to Daytona this past Friday night as a part-time driver for upstart Kaulig Racing in the Circle K Firecracker 250 and held off determined charges from the rest of the Xfinity Series field to collect yet another improbable win.

Much of the racing world has fallen in love with Ross Chastain and his story so the weekend couldn’t possibly get any better after he drove Kaulig Racing into victory lane for the first time in that organization’s history, right?

Well, after a rain out which pushed the Coke Zero Sugar 400 race for the Monster Energy NASCAR Cup Series from Saturday night to Sunday afternoon, the story of this racing weekend got even more unbelievable.

With weather once again promising to become an issue, the stars of NASCAR’s top division amped up the intensity level leading up to and just after the end of the race’s second stage. Hard racing and a major crash resulted from the increased energy level. As officials worked to clean up the mess that had resulted from the multi-car incident it looked as if everything had fallen into place for former series champion Kurt Busch to collect a win.

With storm clouds rolling in the No. 1 Chip Ganassi Racing Chevrolet inherited the lead and cruised around the 2.5-mile track under caution waiting for the rain to come that would end the race and send him to victory lane. However, the debris was removed from the track and it looked as if the race would return to green flag conditions so Busch’s crew called him to pit road for tires and fuel. But just after the leader had rolled onto pit road, NASCAR officials detected lightning in the area and called for a red flag to be displayed.

Enough distance had been completed for the race to be deemed official should weather not allow for cars to return to the track.

In the meantime, Justin Haley and his Spire Motorsports team had opted to remain on the track. When Busch and others pitted, the lead fell on the No. 77 machine. But the possibility of Haley earning a weather-interrupted win looked as if it might slip away when drivers were called back to their cars after a delay of approximately 30 minutes and were just about to restart the race. But once again, fate intervened and another lightning strike occurred forcing NASCAR to send drivers and crews back to the safety of the garage area before the cars rolled off of pit road. 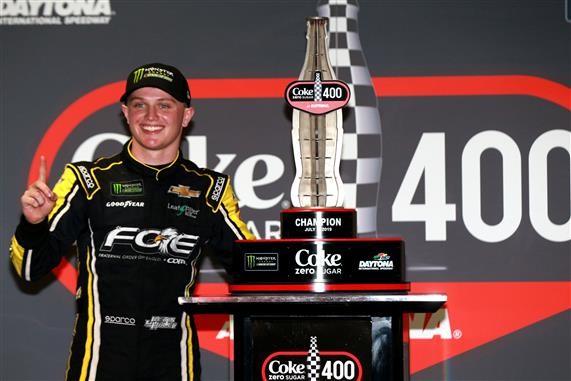 Eventually, rain would set in and the track was lost. After waiting for as long as seemed prudent, NASCAR officials called the race official and declared Haley the winner.

To show how improbable this victory was, Haley had only started two other MENCS races prior to Sunday with a career best finish of 32nd. But keep in mind that he has won in the NASCAR Gander Outdoors Truck Series and came very close to winning at Daytona in the Xfinity Series until it was determined that he had made an illegal pass and was denied.

So between Ross Chastain serving up Kaulig Racing’s first ever Xfinity Series win and Justin Haley scoring a highly unlikely triumph for Spire Motorsports, this was most definitely a weekend for feel-good stories in the world of NASCAR.