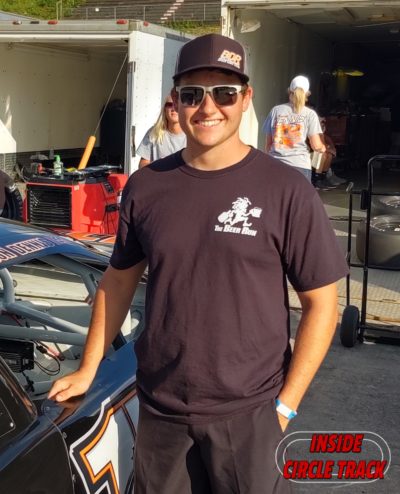 Bryson Dennis has been racing for a number of years and has participated in multiple forms of the sport. But primarily, the 22-year-old driver has applied his talents in Dirt Late Models and Asphalt Late Models. Currently the Greeneville, Tenn. native is a regular competitor in the Late Model Stock Car division at Kingsport(TN) Speedway but he has also raced on the dirt at the Volunteer Speedway in Bulls Gap, Tenn. in a Crate Late Model.

Dennis comes a family tradition of racing and that led him to the track. His father, Bobby Dennis, was a racer when Bryson was a child.

“My dad always had a car and raced so I guess I got fascinated with it at any early age, around five or six,” Dennis explained in an interview with InsideCircleTrack.com. “Then he sold all his stuff and asked me if I wanted to get into racing and I said ‘Yeah, absolutely’. I had always watched him and wanted to be like him. He’s been a good role model to me. When I was 10 or 11 years old we got my first racing go-kart and I’ve taken off ever since. I did go-kart racing then Dirt Late Model racing and now I’m in a Late Model Stock Car.”

His time in dirt racing taught Dennis some of the basics handling a race car that can be applied to racing on pavement.

“I learned a lot of car control, learning to trust it and learning where to run it,” the young racer pointed out. “It teaches a lot in that, mainly to trust the car and it gives you a good feel for everything. These cars get loose every now and then so just having trust in the car and driving through loose conditions I can see how experience on dirt comes into it. But other than that, it’s two totally different worlds.”

What brought about the change from dirt racing to paved surfaces?

“I’ve always wanted to be a NASCAR racer,” Dennis stated. “That’s every kid’s dream. This is a stepping stone for getting into all of that but I’m getting a little too old and about out of time. But I just enjoy racing in general and I’ve got a good opportunity with this car so we’re going to continue to run it.” 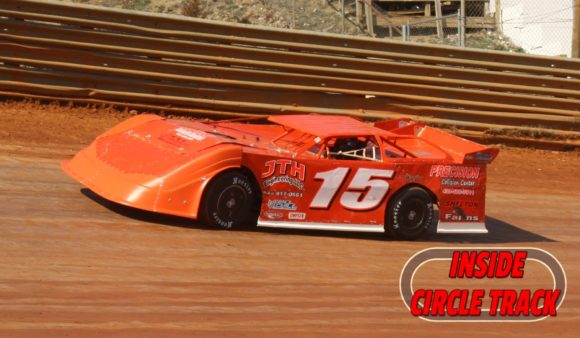 Bryson Dennis on the dirt at Volunteer Speedway

The former Rookie of the Year in the Crate Late Model class at Volunteer Speedway explains that racing on dirt and pavement are two very different forms of the sport. Each requires its own specialized set of skills.

“Definitely pavement,” Dennis answered when asked which form of racing is most difficult to prepare the car for on race day. “It’s an all day ordeal. At the dirt track you show up an hour before and you unload and get five laps of practice and that’s what you’re going to have for qualifying and the race. With the pavement deal you’re there as soon as the gates open and you try to get out early to practice and you make continuous adjustments to it.” 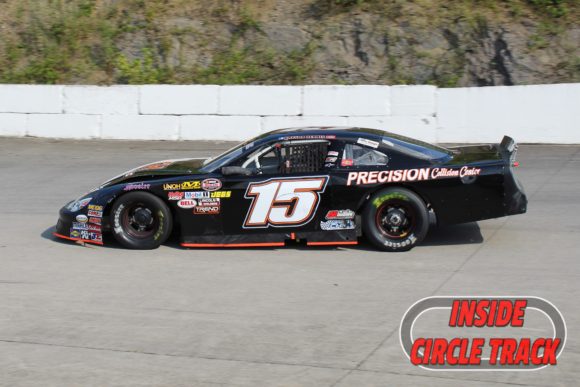 And in terms of driving, Dennis declared that wheeling a car on pavement offers quite a challenge where dirt racing provides more opportunities for drivers to correct mistakes.

“To be honest with you, the pavement is. There’s not a lot of room for error in these cars and they’re not very forgiving. With the dirt cars you can miss the line and throttle up or get on the binders and slow it down. These things are not that way. You’re kind of hanging on and you have to be real responsible and think things through a lot more.”